At a time when many mothers across Gainesville were putting their young children to bed, Ann was preparing her son’s nightly chemo treatment.

William, an eighth-grader at Queen of Peace Catholic Academy, had been fighting acute lymphoblastic leukemia since he was just 10 years old. Forty months of treatment later, William officially beat pediatric cancer on Sept. 14. In May of 2017, William was an “avid sports enthusiast,” playing basketball, running cross country and participating in track and field for his school. He was finishing fourth grade and was, by all accounts, a healthy kid.

“Everything just sort of came out of nowhere,” Ann recounts. “We went to our family pediatrician, Mary Grooms, M.D., FAAN, [Monday morning]. By late Monday afternoon, we were at Shands.”

William had been slowing down and getting headaches and bruises in recent weeks. The Colletts would come to find that these were signs associated with leukemia.

When William was diagnosed with acute lymphoblastic leukemia at UF Health Shands Children’s Hospital, Ann and husband Tom were shocked. Although they had known William was under the weather, cancer had been the last thing on their minds.

“He had been running a 5k just a couple of weeks before,” Ann said. “It was all kind of surprising.”

Ann and Tom are both active in the Gainesville community through various charities, such as Climb for Cancer and Stop Children’s Cancer. They had attended numerous local events supporting families battling pediatric cancer, with Tom even emceeing some of them as a Gator IMG Sports Network commentator.

Now, they were that family.

Following his diagnosis, William stayed at UF Health for almost two weeks. The first 30 days of his treatment — known as the “induction” phase — were focused on getting him into remission. With leukemia, remission can be achieved relatively quickly.

While neutropenic fever is not uncommon with chemotherapy, every fever resulted in a trip to the UF Health Shands Pediatric E.R. for William. Because of his immunocompromised state, each fever was to be treated as if it were an infection.

Ann recalls that one of these fever-related E.R. trips turned into a 12-day hospital stay. For William, these stays were especially hard without his beloved Shih-Tzu-Yorkshire-terrier mix, Heartley. Upon returning home from his hospital trips, William would immediately find Heartley in his lap.

Being in one of the more intense phases of his treatment, William stayed out of school for most of his fifth-grade year, keeping up with classes and homework at home. This setback, however, did not stop William from maintaining his placement in advanced math classes.

“They would send his work home, teachers would record classes for him and offer one-on-one tutoring,” Ann said. “We would go to school so he could have lunch with his friends, or if there was a special event, we would go so he could participate.”

Around a year after his diagnosis, William entered the maintenance phase of his treatment, where he was able to “semi-resume” his life and return to school. By now, William was 11 and finishing elementary school.

For the next 28-29 months, William would receive monthly infusions, almost-monthly spinal taps and daily chemotherapy at home.

Ann recalls her son’s insistence that he resume playing on his school’s sports teams. One day, William was receiving a lumbar puncture, and a few days later he was running cross country, she said.

When COVID-19 hit the U.S. in March, the Colletts were already ahead of most Americans when it came to sanitizing protocols.

“COVID did not bring anything new into our world,” Ann said. “We’ve long been using antibacterial wipes and gel and just being very cautious about doors [and] being near people who are sick.” 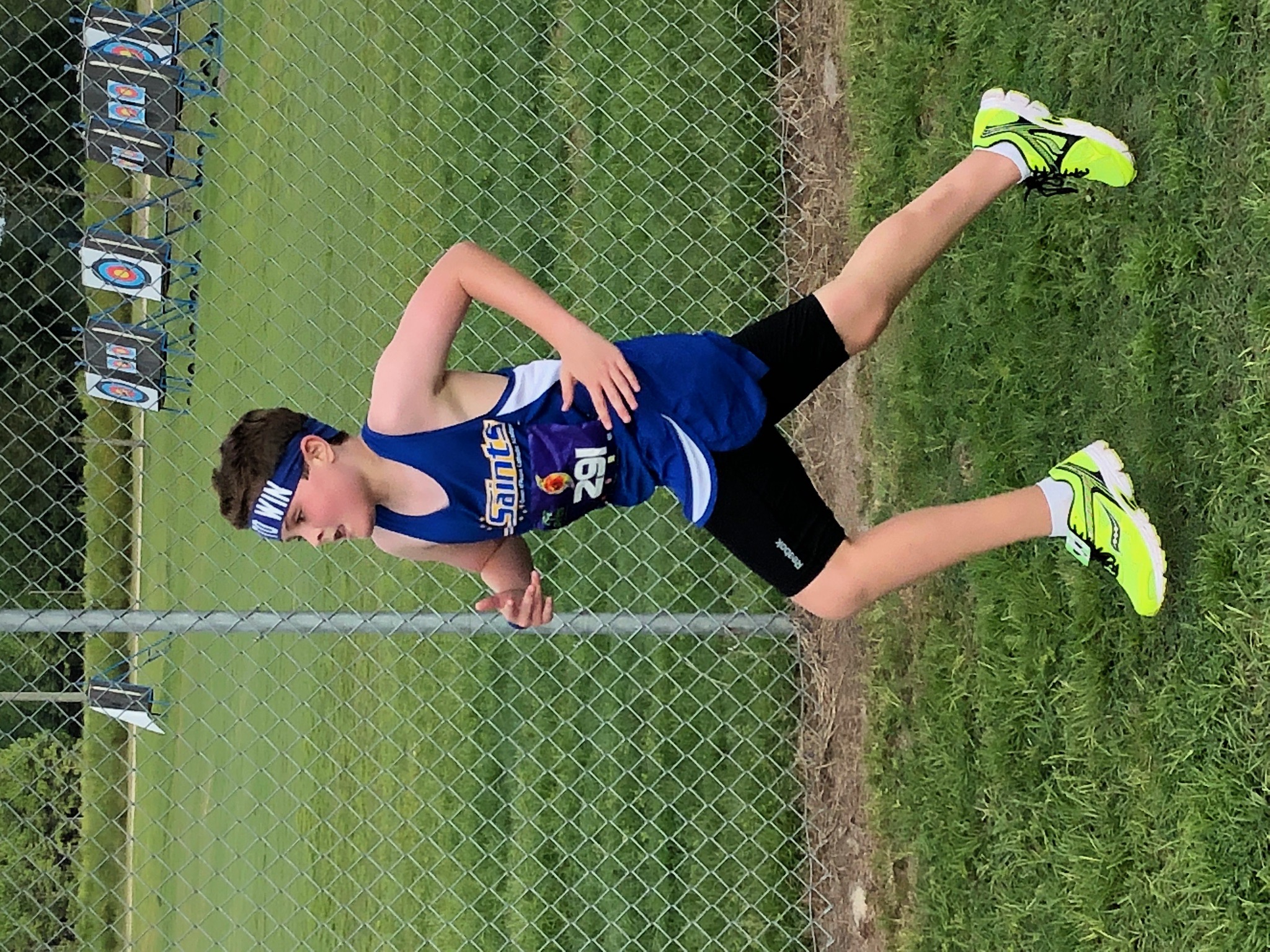 In fact, 2020 has been “joyful” for the Collett family, despite its faults.

Sept. 14, 2020, had been marked on Ann’s calendar for years. This would be the day that William would be done with his treatments and officially be cancer-free. Not even a pandemic could tarnish this milestone for the Colletts.

When that day was only 100 days away, Ann said the reality of it finally began to sink in. When that day came, the Colletts could not control their excitement.

“It’s for the parents and for the child,” Slayton said of the ceremony. “The bell-ringing signifies the end of the treatment, but also the beginning of the rest of the person’s life.

Ann remembers how excited she was as she stood with her family in the garden, smiling and clapping for William and his care team. One of her friends commented after the event that Ann’s legs “would not stop going” and that it looked like she was going to jump for joy.

“The nurses on Unit 41 — most all of them were there when we started,” Ann said. “The PAs and ARNPs who are up in that department, they have just been amazing to work with.”

As William rang the bell signifying the end of his leukemia treatments, the garden erupted into cheers and applause. Ann, Tom, Magen and William embraced, holding each other tightly, before Slayton awarded William with a certificate, trophy and — to William’s delight — a brand new basketball.

“William faced his leukemia with a really great attitude,” Slayton said. “It never really seemed like the leukemia was holding him down.”

Slayton said he will remember William for the “really colorful and interesting” shoes and socks his patient would wear to appointments. “Swag” was a good word for it, Slayton remarked.

Following the ceremony, the Colletts were met at home with an elaborate drive-by parade. Cars were lined down the block, decorated with balloons and homemade signs, some shooting confetti out of their windows.

“More than one person said to me, ‘We needed this… not just for William, but in the midst of what we’re going through in 2020, we needed a celebration,’” Ann said.

William is building his immune system back up at home, the invisible burden of 7:30 p.m. chemo treatments now lifted. He is hoping to be back at school before March of 2021.

With most of the family at home now, the Colletts have been occupying their time with a furry new family member: 1-year-old mini goldendoodle Auggie.

Auggie entered the Colletts’ lives in early March, full of personality. He is now in training to be a therapy dog.

“We have felt that Heartley made such a difference in William and his treatment,” Ann said. “We didn’t have access to our dog when we would be getting treatment… Once we can return to visiting people in the hospital, Auggie and I will be ready to roll.”

Ann said that living through her son’s “life-changing” diagnosis forced her family to “sift and shift” their lives: Sift through tasks, hobbies and relationships that were unfulfilling or draining, and shift whatever was left and prioritize that.

William’s 40-month battle with leukemia reaffirmed what mattered most to the Colletts: family, friends and faith, Ann said. It also encouraged them to take things day by day.

“You cannot look at the end at the very beginning. You could know what the end will be, but for me to imagine what that was like — 1,219 days from diagnosis to ringing the bell — that’s too much for a person to comprehend,” Ann said. “Just know that you’ll get there and focus on today.”

Molly Brennan joined the UF Health Communications team in January 2020 and serves as the communications specialist for Strategic Communications. Originally from Gainesville, Molly holds a bachelor’s degree in public... END_OF_DOCUMENT_TOKEN_TO_BE_REPLACED