Before and After: Christina’s Complete Transformation at UF Health 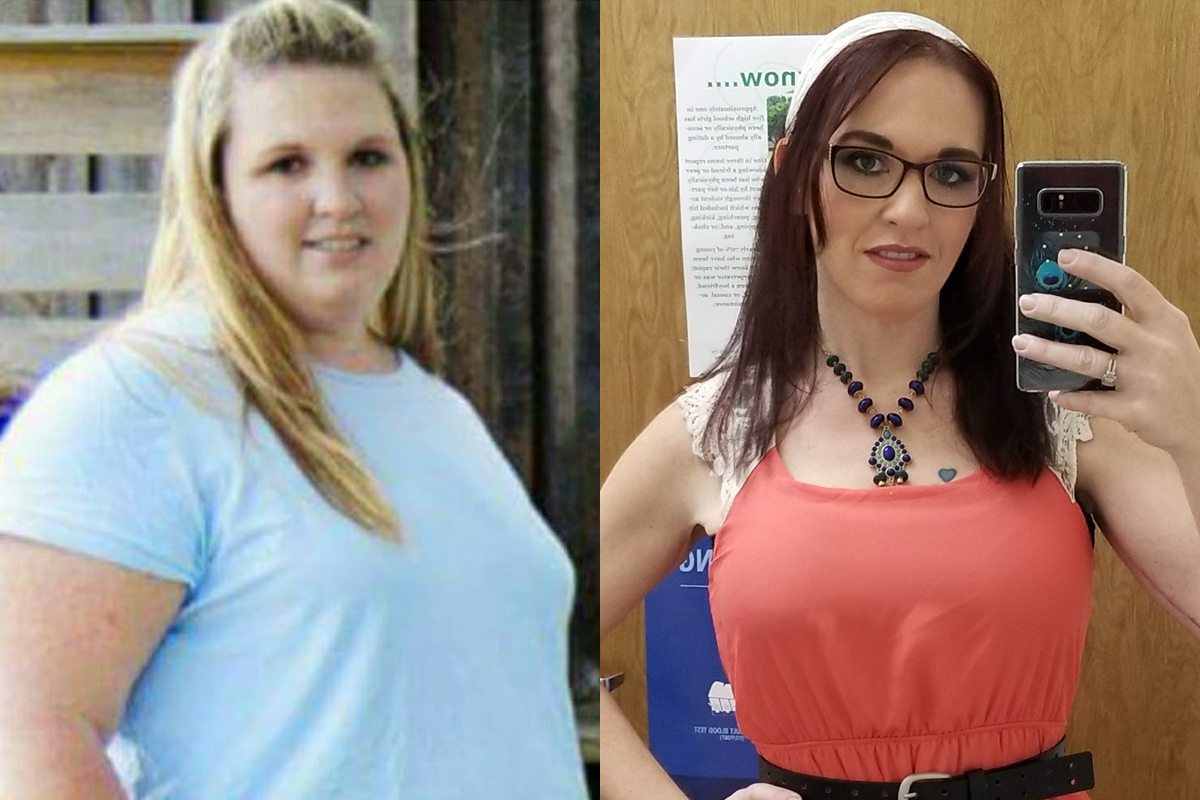 At her biggest, Christina Mandeville — a mother of three — was 350 pounds and suffering from multiple ailments. UF Health dramatically turned her life around, both physically and emotionally.

As a nurse, Christina is naturally devoted to care for the well-being of others. However, the 34-year-old Branford, Fla., resident was slow to realize the lack of attention she was giving to her own health.

Christina eventually found herself anchored at an unbearable weight, which kept her stranded somewhere far away from her children, both physically and emotionally. She needed a lifeline.

“I have three kids [ages 15, 13 and 11], and it was just getting to the point where I couldn’t do anything with them,” Christina said. “I was miserable, my body hurt all the time, and I was always tired. I was very depressed. I needed a change.”

Luckily, Christina already had a place that earned her trust over the years by caring for her children.

“My youngest kid was born at UF Health Shands Hospital. My middle child, which is my oldest son, he actually spent a week over at [UF Health] Shands [Hospital] because of RSV [respiratory syncytial virus] when he was 8 months old, so we’ve been back and forth over there with respiratory issues with him,” Christina said. “But they’ve always treated us well.”

Christina was desperate to get down to a manageable weight. At 350 pounds, it would take three procedures and coordination between multiple departments at UF Health to get her where she wanted to be.

The original surgery was performed by Dr. Jeffrey Friedman three years ago at the UF Health Weight Loss Surgery Center. Initially, Christina had her heart set on doing a gastric sleeve procedure in which up to 80 percent of the stomach is removed to encourage weight loss.

However, Dr. Friedman convinced Christina that the gastric bypass surgery would be a better option in her case to lose the necessary weight and feel better. This technique helps patients lose weight by changing how their stomach and small intestine absorb and digest food.

“Christina had a BMI over 50 prior to her Roux-en-Y gastric bypass,” Dr. Friedman said. “She did great from this operation and lost over 150 lbs., achieved a normal BMI and had resolution of multiple comorbidities in the first year after her operation.”

Christina, who’s been nursing since 2009 and currently works through a Branford company to provide in-home care for disabled babies, enjoyed a swift recovery with no complications.

“I actually went back to work within a week,” Christina said. “I didn’t have any issues as far as that goes.”

Christina’s journey wasn’t over yet, though.

Her two follow-up procedures were performed by Dr. Bruce Mast at the UF Health Plastic Surgery and Aesthetics Center. The first of those two operations was done in June 2017, a lower body lift with abdominoplasty, or tummy tuck. The second was done a couple months later to address her upper body, with Dr. Mast doing work on her arms and performing breast augmentation.

Suddenly, after all that time as a castaway, Christina had navigated herself to the relationship she always wanted with her kids, and herself.

“I can get out and run around with my kids, and I sleep so much better,” Christina said. “My body doesn’t hurt, because I used to have a lot of hip pain and feet pain and back pain and everything else, but I don’t have that anymore. I feel a million times better.”

According to Dr. Mast, his patient’s attitude resembled that of an artist fiercely eager to paint their bare canvas with color.

“Christina was a wonderfully upbeat individual,” Dr. Mast said. “She seemed to be so grateful for her transformation and the improved quality of life it offered. She was always realistic, informed, reasonable and genuinely pleasant and likeable.”

Before the massive weight loss surgery and body contouring procedures at UF Health, Christina’s uncomfortable life contained other problematic areas. Now, the benefits of those operations are chipping away at each one.

Christina, who said she’s been on depression and anxiety medication “on and off for years,” has felt a major transformation.

“I’m very thankful for all the surgeons that I’ve come across, because they’ve made me feel better about myself, like my personal views on myself are better,” Christina said.

“I’m not depressed like I was. I mean, it’s a work in progress, but they’ve definitely made a huge difference for me.”

She was also pre-diabetic and no longer has that issue. Meanwhile, Christina made sure to point out the way her physicians handled another one of her conditions to illustrate how thorough her care was at UF Health.

Christina also has hemochromatosis, which means she gets overloaded with iron in her blood system. Dr. Mast worked one-one-one with her hematologist, also through UF Health Shands Hospital, to evaluate whether she was safe to have the second follow-up surgery because she was notably anemic after the previous one.

“I was very pleased with the continuity of care that everybody provided,” said Christina, who also made a point to mention her “very sweet” nurse practitioner Dawn Daigen.

“The fact that they were able to communicate amongst each other just to make sure everything was going to be OK. I’m very thankful.”

Talal Elmasry, born and raised in Gainesville, is a graduate of UF’s College of Journalism and Communications. He joined UF Health’s marketing team after 15 years in journalism, including a... END_OF_DOCUMENT_TOKEN_TO_BE_REPLACED