The art of pediatric patient care

Anthony Macchio was already familiar with UF Health Shands Children’s Hospital. After his second daughter, Isabel, was born with a heart defect in February 2019, he and his wife, Amy Hecht Macchio, became accustomed to traveling to Gainesville from Tallahassee for expert pediatric cardiology care. But three months after Isabel arrived, their 4-year-old daughter Josephine, known as Josie, started having fevers, which led them down a path they were not expecting.

Josie’s fevers were not responding to children’s fever medications, so blood tests were done but did not reveal anything definitive. One Sunday morning in May, Josie awoke crying and complaining of leg pain. Additional blood work now showed bone marrow suppression, and the family was sent to UF Health Shands Children’s Hospital for more tests. 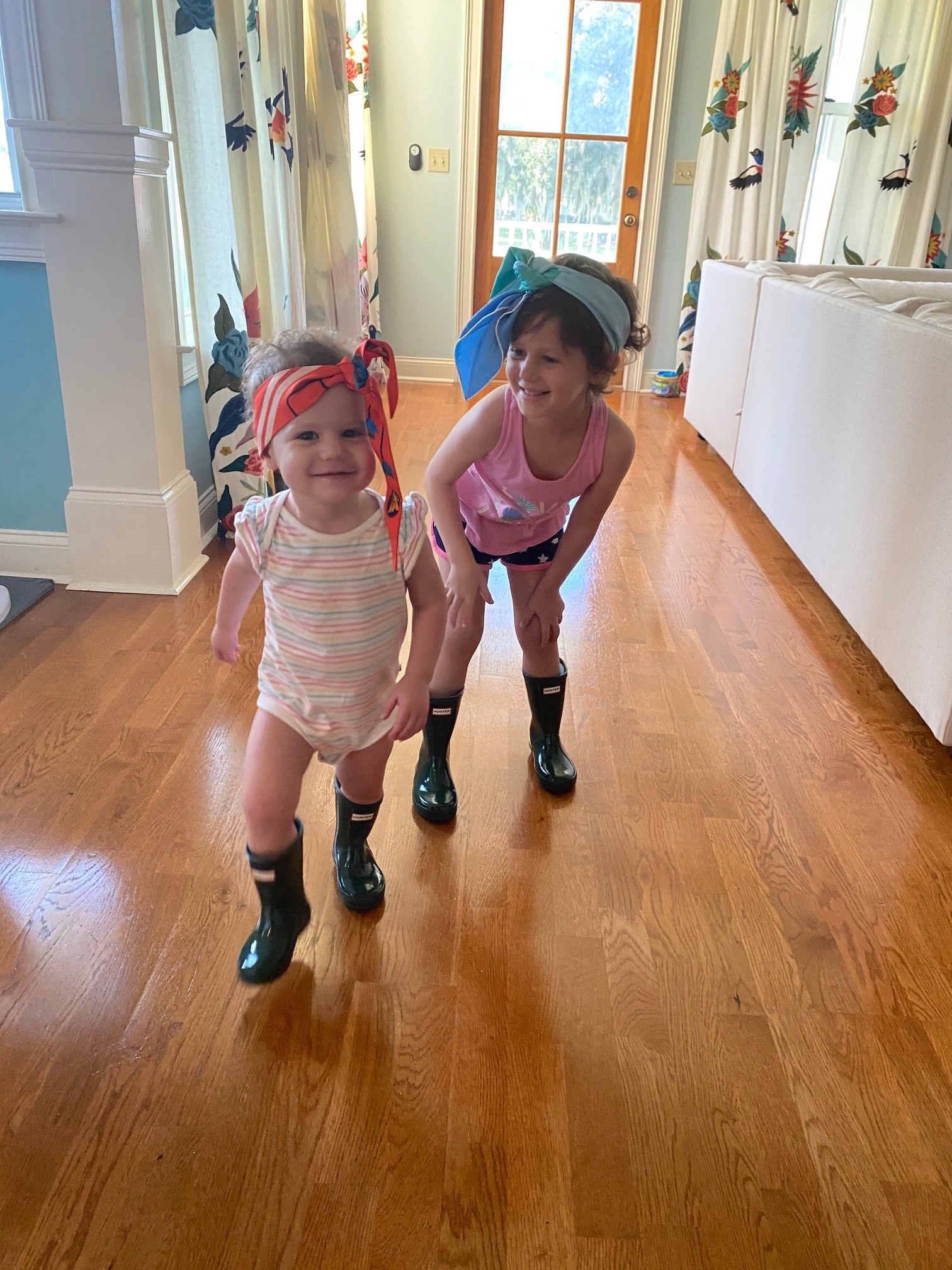 Initially, some of Josie’s bone marrow was tested, but the results still did not lead to a diagnosis. After a couple of days at the children’s hospital, her bone marrow was checked again. On May 22, the family finally had an answer but not one they were prepared for. Josie was diagnosed with B-cell acute lymphoblastic leukemia, or ALL.

Children between 1 and 9 years of age respond best to treatment, so Josie’s age put her in a standard risk category. One week after diagnosis, everyone learned that Josie’s leukemia cells have three copies of chromosomes 4 and 10, mutations that make a cure very likely, making Josie a best-risk patient.

“Josie was considered best-risk, and we felt fortunate because we caught it early,” Anthony said.

Josie started treatment immediately. After one month, a bone marrow biopsy revealed that they were unable to detect leukemia cells in that sample, another sign that she was likely to be cured.

“We lived in Gainesville the whole first month of her treatment,” Anthony said. “She went through one blood infusion early on, and then cycles of other treatments. We did at-home medicine and chemotherapy through an IV in addition to spinal taps to check for and prevent cancer from developing in her brain.”

The logistics of traveling to Gainesville became challenging for Josie and her family. After that first month, the family traveled back and forth from Tallahassee as often as treatment was needed.

“Amy and I were looking forward to 2020 because in February, Josie was done with her first five cycles of treatment, which meant she would just have the maintenance cycles for another year and five months after that,” Anthony said. “With the maintenance cycles, Josie receives low-dose medication for a long period of time, so she could have found some normalcy, including returning to school.”

Josie’s hair had started growing back, and she was excited to return to school on March 7 after her blood work results came back within normal range. That same night, the family received a call from William Slayton, M.D., the chief of pediatric hematology/oncology at UF Health, who led Josie’s treatment plan. An unexpected turn of events crushed Josie’s hope for normalcy.
“It’s been our long tradition to send our kids back to school during maintenance,” Slayton said. “I wish we could have done this for Josie. However, several children with this form of leukemia have gotten really sick from COVID-19 during maintenance. Until we do a better job controlling COVID-19 in our communities, kids like Josie will not be able to safely attend in-person school until after they complete their treatment. I felt terrible that I didn’t have better news.”

Anthony and Amy knew that explaining this to Josie would be difficult.

“No one prepares you for the disappointments children who are battling illnesses experience on a regular basis, and now the pandemic added a whole new layer,” Anthony said.
As Josie and her family started spending even more time at home due to COVID-19, they tried to find ways to keep occupied and have fun. They soon realized that Josie really loved painting.
“We bought her real painting materials, including easels, palettes, canvases and more,” Anthony said. “We set it outside on the patio, and Josie started painting each night.”

Josie’s family began talking to her about giving back to UF Health Shands Children’s Hospital. Even at just 5 years old, Josie wanted to make a difference, so her parents helped her create an Etsy store to sell her paintings. Half of the money she earns goes directly to UF Health Shands Children’s Hospital to help fund pediatric cancer research.
Josie’s parents are grateful for the care she has received so far, and they look forward to the day when things truly go back to normal.
“There are so many people we could thank,” Anthony said. “From her doctors, to the nurses, to her physical and occupational therapists, to her child life specialists and social workers … everyone did such an amazing job with helping make Josie’s diagnosis a somewhat livable experience. My wife and I asked so many questions, and everyone took the time to listen and respond, which eased our anxiety.”

Josie will continue her maintenance treatment cycles through July 31, 2021, the day when she hopes to be able to say that she is officially cancer-free.
Josie’s artwork is on sale at https://www.etsy.com/shop/cupofsillyjuice. The paintings start at $22 to remember May 22 as the day Josie’s life changed with her ALL diagnosis.

The homepage of Josie’s website tells her story and reasoning for opening the store: “To say thank you to my doctors and hopefully help other kids in the future, I’m making paintings so I can donate to UF Health Shands while having fun with art.

Lauren Gajda joined the UF Health Communications team in February 2016. She came to UF Health with more than five years of health care marketing experience and currently serves as... END_OF_DOCUMENT_TOKEN_TO_BE_REPLACED