For more information on our ongoing response to COVID-19 in Gainesville, Jacksonville and Central Florida, visit our coronavirus website. END_OF_DOCUMENT_TOKEN_TO_BE_REPLACED

When a brainstem tumor almost took Mycah’s life, her UF Health pediatric neurosurgeon prepared a plan to save her.

Just weeks before her eighth birthday in late November 2018, Mycah Moody began feeling fatigued. When she started losing weight, could barely eat without choking and was coughing constantly, her parents took her to the nearest emergency room, where she was told she had a virus that would pass with time.

The symptoms persisted and, at her birthday party, her lips turned blue. She was rushed back to the local emergency room, only to be given the same diagnosis. She was instructed to stay hydrated and get more rest while the virus ran its course.

A week later, on the morning of Christmas Eve, the family received news that a relative had passed away. When Susie, Mycah’s mother, went to wake up her daughter, Mycah was lethargic and her eyes were shaking. Susie immediately rushed Mycah to UF Health. 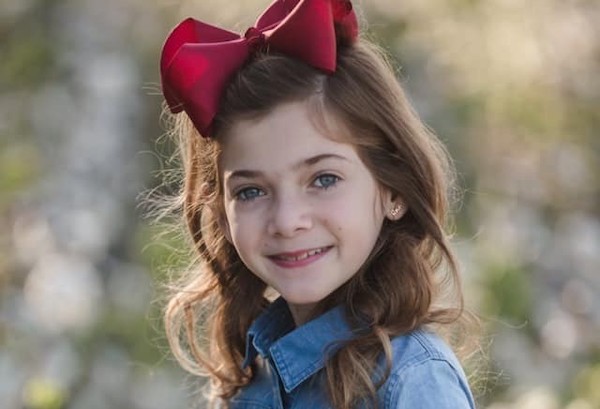 Within an hour and a half of being at UF Health Shands Children’s Hospital, Mycah was diagnosed with a large tumor in her brainstem. The brainstem is the most critical and sensitive region of the brain, which controls basic life functions such as breathing, heartbeat and swallowing.

Mycah was quickly admitted to the UF Health Pediatric Intensive Care Unit, where she was hooked up to IV fluids and given steroids. Teams of health care workers came into her room all throughout the night to run tests and confirm her diagnosis. After reviewing her MRI scan, UF Health pediatric neurosurgeon Jason Blatt, M.D., prepared a treatment plan.

“Mycah was in the process of dying from her tumor when we met her,” said Blatt, an assistant professor in the UF College of Medicine’s Lillian S. Wells Department of Neurosurgery. “She was listless, could hardly talk, and was eating poorly because the tumor was affecting the nerves that controlled her speech and swallowing.”

Blatt decided a craniotomy was needed to access the tumor. This procedure would involve removing the back lower portion of Mycah’s skull, then separating the two halves of the cerebellum to expose the delicate brainstem and the tumor within. Before the surgery, Blatt briefed Mycah and her family on the implications of the procedure — Mycah might rely on feeding and breathing tubes for the rest of her life and need extensive, lengthy treatment for the tumor.

“Parents often think that goal No. 1 of surgery is to get the tumor out. That’s actually goal No. 2,” Blatt said. “Goal No. 1 is to keep the patient, in this case Mycah, safe.” 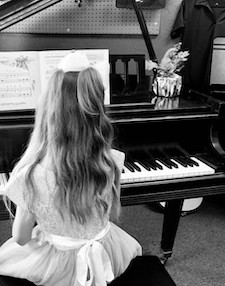 During the seven-hour surgery, Blatt was able to remove 98% of the tumor, leaving the last tiny bit stuck to a critical blood vessel to prevent giving Mycah a devastating stroke. He determined that the tumor was a Grade 1 pilocytic astrocytoma, a benign tumor seen mostly in children, and Mycah would not need any chemotherapy, radiation or further procedures.

“We were expecting the worst-case scenario and came out with the best-case scenario,” Susie said. “Dr. Blatt is amazing. I can’t stress that enough. He could not have been more incredible with my daughter and my family.”

Now, a little over a year later, Mycah is at the top of her class. She loves playing piano, reading and watching YouTube, and she only returns to UF Health for check-ups every six months. Her singing voice has returned, a pastime she loves, and she is back to normal activities. This one procedure changed the entire course of her life, and she has returned to her happy, healthy self.

Devin Nori is a fourth-year advertising major with a concentration in psychology at the University of Florida. Originally, Devin is from Orlando, Florida, where she served as a Communications Intern... END_OF_DOCUMENT_TOKEN_TO_BE_REPLACED