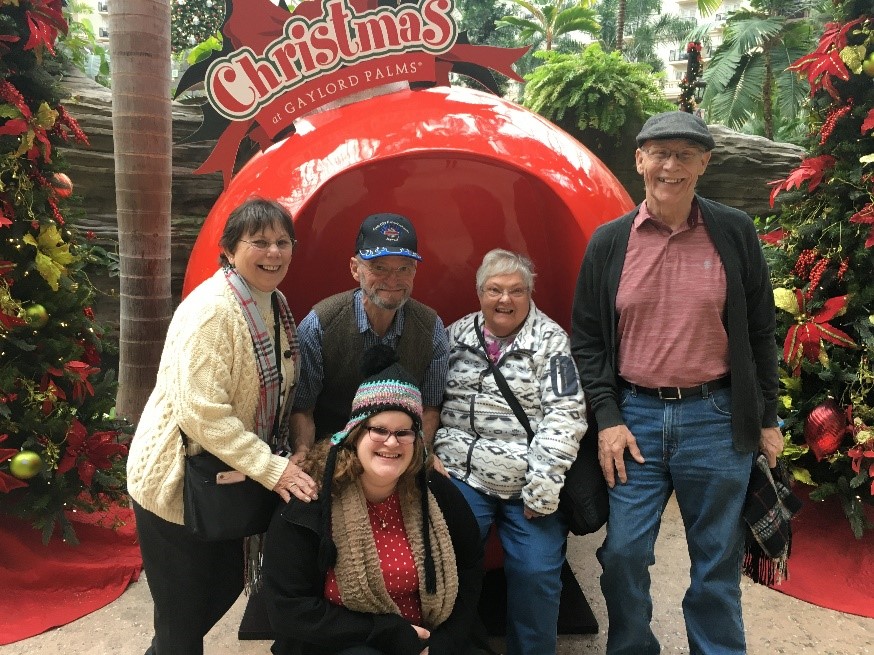 In the mid-1990s, Judith “Judy” Hogan felt a lump on the back of her neck. Judy’s dermatologist at the time diagnosed her with basal cell carcinoma, a common form of skin cancer that can be caused by numerous factors, including smoking and sun exposure, and had it removed. More than 20 years later, Judy’s cancer returned with a vengeance.

The Deltona woman visited her dermatologist in July 2018 when her physician noticed some abnormal skin spots. Ten biopsies were taken from across the front of her neck, left cheek and nose, and, as suspected, they were deemed cancerous. Her dermatologist recommended scheduling a full body evaluation and discussing treatment options at UF Health Dermatology – Springhill in Gainesville.

In September 2018, Judy and her husband, Mark, traveled to Gainesville for the first of many procedures. Judy had a skin growth removed on the right side of her neck, but because of her daughter’s wedding in October, Judy asked to delay more extensive surgeries until after the big day.

On Dec. 13, Judy and Mark met with Mark Leyngold, M.D., cosmetic and reconstructive surgeon at UF Health, to coordinate a number of Mohs surgeries. Unlike more widely known cancer treatments like chemotherapy and radiation, Mohs surgery is a type of outpatient surgery where surgeons carefully remove layers of skin to reach cancerous cells while also leaving healthy tissue intact. On Jan. 15, 2019, Judy had her first Mohs operation performed on her left cheek.

Leyngold, an assistant professor of surgery in the UF College of Medicine, also recommended reconstructive surgery, a type of plastic surgery that is performed to restore normalcy to people who have been affected by a change in the body’s shape or appearance. The day after Judy’s Mohs surgery, Leyngold performed a skin generation procedure using a product made from a cow, compressing it and stitching it into the face. For nearly one month, Judy recovered back at home in bandages until her initial skin graft procedure. On Feb. 15, Judy and Mark drove back to Gainesville for the second part of her reconstructive surgery, which involved taking skin from her hip and applying it to her face.

“Dr. Leyngold was very professional and, if you asked a question, he would always answer you. (He would) make sure you understood what was going to happen,” Judy said.

After her recovery, on March 7, Judy had a six-hour Mohs procedure on her nose. Judy then was sent the day after surgery to see another facial plastic and reconstructive surgeon at UF Health, Timothy Lian, M.D., M.B.A., FACS.

Lian, a professor in the otolaryngology department in the UF College of Medicine, mapped out a plan to perform a paramedian forehead flap, a two-step reconstructive procedure that pulls skin down from the forehead and wraps it around the nose. Unlike Judy’s skin graft for her cheek, this procedure involved connecting blood supply from the forehead to the nose to help with skin and tissue regeneration, serving as a type of umbilical cord. On March 12, Lian performed Judy’s forehead flap, and, on April 16, Lian performed the final part of Judy’s reconstructive surgery by dividing the flap. After a final checkup, Lian recommended that she return to Leyngold for her lower eyelid surgery.

On July 10, nearly seven months after her initial diagnosis, Judy and Mark headed to Gainesville for another follow-up appointment, as well as a preoperative appointment in preparation for left lower eyelid surgery to treat another suspicious growth.

Along with the care Leyngold provided, Judy’s medical journey also included the oversight of plastic surgery physician assistants Dawn Daigen, PA-C; Anne Marie Staples, PA-C; and Jaime Rafanan, PA-C. All three helped with Judy’s pre- and postoperative care and worked closely together to provide Judy with the answers and clarity she needed for her multiple procedures.

“If you had an appointment and saw a physician assistant, if they felt like they needed to consult with Dr. Leyngold, he would be asked during that same time,” Judy said. 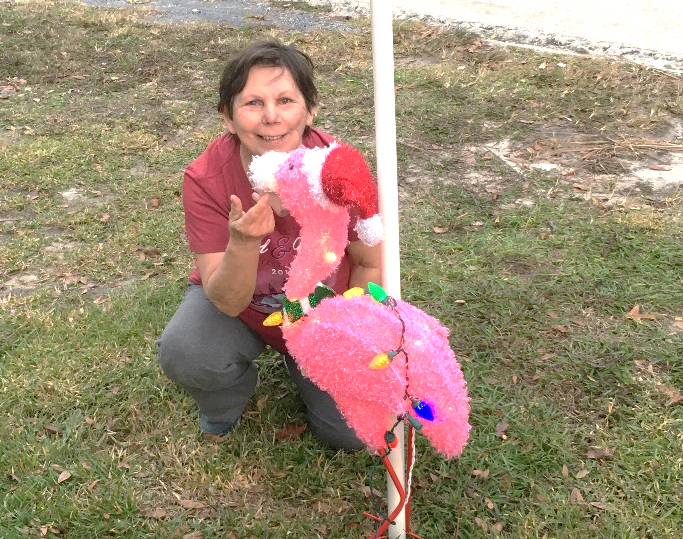 Judy’s lower eyelid cancer was removed followed by reconstructive surgery. Leyngold performed a Hughes flap, a procedure where part of the upper eyelid is used to rebuild the lower eyelid. Additionally a skin graft was taken from her neck to provide extra skin resurfacing for the eyelid. The surgery was a success and Judy was cancer free. She had to have her eye covered for six weeks for the graft to heal properly. Thereafter, she had her second surgery to uncover her eye and finalize her reconstruction. At last, Judy could see with a normal and functioning eyelid.

Since then, Judy has had the left side of her nose reshaped and has also had an eyebrow lift, both performed by Leyngold. Her doctors in Deltona as well as in Gainesville continue to be astounded by her minimal scarring.

“I have a lot of healing to go and it will take a couple years, but overall only a little bit of scarring,” Judy said.