The first things Christina Hall noticed were her yellow eyes. 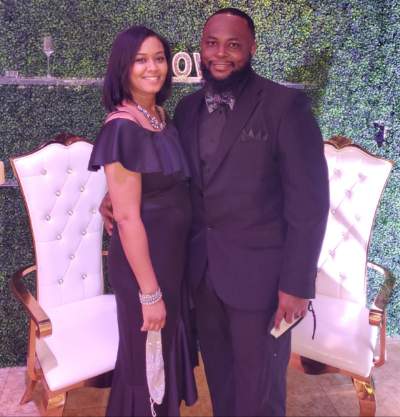 Typically, Christina’s eyes are a deep brown. But one morning in late August 2020, she awoke to find the whites of her eyes a distinct, sticky-note yellow.

At first, she tried to shrug it off, attributing it to not sleeping well the past couple of days. (“My sleep apnea can keep me up for 24 hours easy,” Christina said.)

But over the next few days, her eyes became yellower and yellower. Then, so did her hands — all the way down to tips of her fingernails.

Toward the end of the week, Christina video chatted her sister. A conversation about their day-to-day was almost immediately cut short.

“I don’t know,” Christina admitted. “I look like a werewolf.”

In terms of bad things that can happen to you, acute liver failure is fairly rare. Approximately 2,000 cases occur each year in the United States; about 1,970 more than shark bites and thousands less than heart attacks. Notoriously easy to misdiagnose, the disease often occurs in younger people, commonly linked to an overdose of medicine or poisoning.

But when she’d had enough of the yellow and went to the ER in her hometown of Jacksonville, Christina’s bloodwork showed no overdose and no poisoning. In fact, physicians initially wrote it off as a GI problem, scheduling her for a colonoscopy days later.

“I didn’t feel great,” Christina said. “But I also didn’t feel terrible. So after I was discharged, I assumed things would get back to normal.”

The suddenness of acute failure in someone young, healthy, with no prior existing conditions can make it difficult for health care teams to identify the signs. Other than slight discomfort in her stomach, Christina had no pain, side cramps, fevers or headaches.

“When it comes to liver failure, time is crucial – 24 hours can make all difference between life and death,” said Thiago Beduschi, MD, chief of the division of transplantation and hepatobiliary surgery and director of UF Health’s abdominal transplant program. “It all happens very fast, and you need to act quickly.”

Just days after her ER visit, Christina’s condition nosedived — seemingly out of nowhere.

“She came home, and things were mostly OK,” said John Hall, Christina’s husband. “She was still having trouble sleeping. But we didn’t know how much things had progressed until she dropped our daughter off at school.” 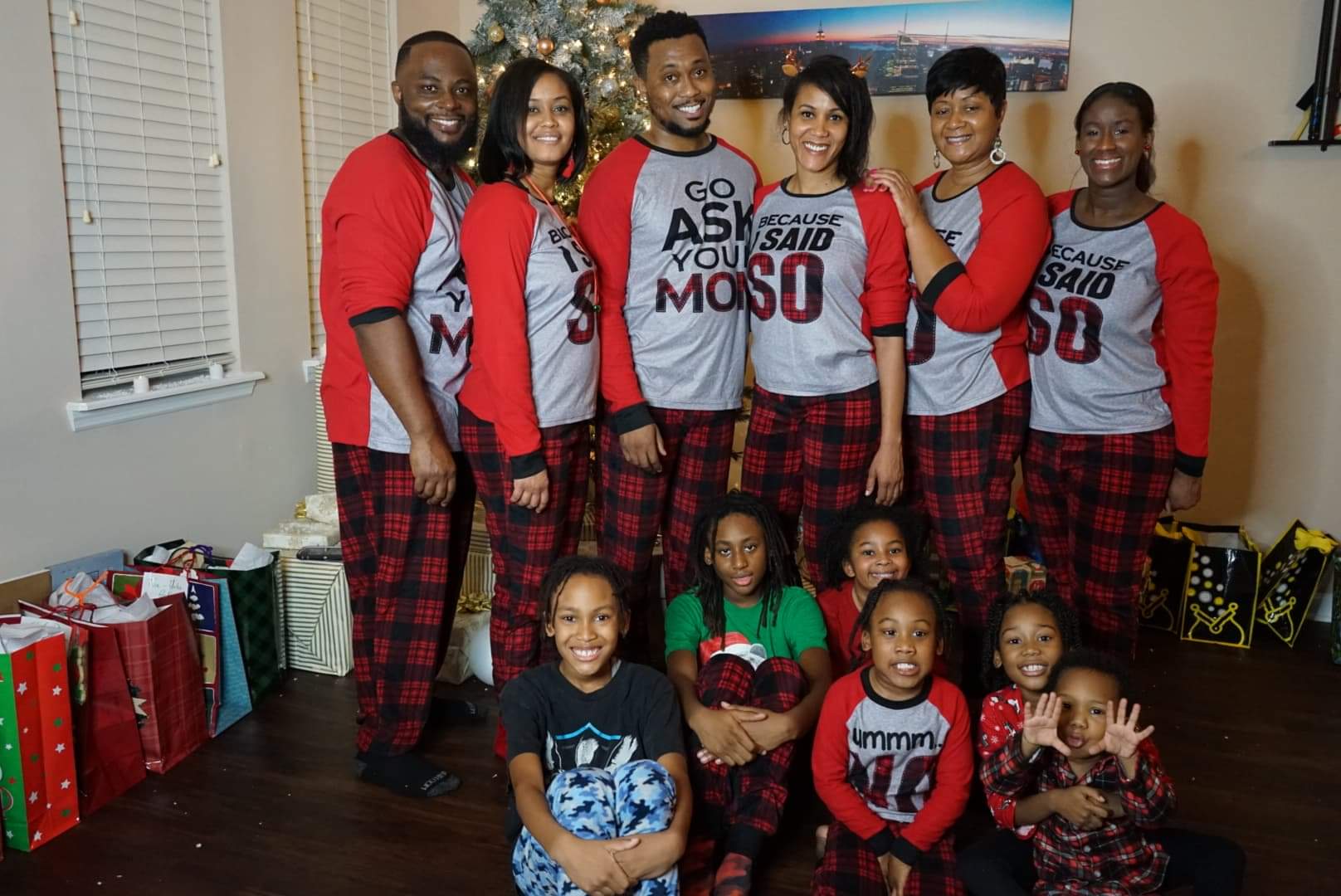 After Christina dropped Gabby off, she was feeling weary. “I hadn’t had a good night’s sleep in ages at this point,” she recalled. She came home and sat down on the couch to take a nap.

After that, her memory is blank.

John characterized his wife as joyful and the heart of his family. She was as funny as she was punctual. So, when 3:00 p.m. rolled around and Christina never showed up to pick up her daughter, John knew something was very, very wrong.

“I came home and she was asleep on the couch,” he said. “And she couldn’t stay awake.”

Christina slept restlessly, sitting up when he spoke her name only to slump back down. Despite the cool temperature inside their home, she complained of being hot.

This time, their local hospital conducted a different series of tests, including one that indicated her bilirubin levels were 30 times what a normal range should be. The rapidly spreading yellow effects of jaundice were indicative of sky-high levels of bilirubin — and pointed to the liver as the critical culprit.

“At this point, I still kind of had hope,” John recalled. “I had hope she’d get a pill, or something, and we’d be able to walk out of there and drive back home.”

Then, Beduschi walked in and said four words that changed John’s idea of the next few months.

“She needs a liver.”

After that, the information came fast and furious. John scribbled as quickly as he could, trying to keep up. She was placed on a transplant list in case nothing else worked. But nothing was working. His wife had been perfectly healthy. Why was this happening?

“It’s hard to tell what triggers an immune reaction; this can happen for a number of reasons,” said Ali Zarrinpar, MD, PhD, an associate professor in the division of transplantation and hepatobiliary surgery at the University of Florida. “But it’s this very process that leads to liver injury and liver inflammation. For autoimmune cases, the triggers can be unpredictable.”

Every transplant patient takes immunosuppressants after their procedure to prevent organ rejection. For a case like Christina’s, where the acute liver failure was likely due to an autoimmune response, physicians needed to contend with a higher risk of inflammation and immunological response post-op. Autoimmune diseases are also more prevalent in women.

“It’s counterintuitive, because acute liver failure generally happens to previously healthy people,” Zarrinpar said. “These are situations where the family is really taken aback. Most of the time it comes as a big surprise.”

It can even take physicians by surprise.

“If they're at another hospital that doesn't see processes like this very frequently, it may take them some time to really figure out what's going on,” said Beduschi, Christina’s liver transplant surgeon. “Having a high-volume liver transplant center is essential, because the diagnosis needs to be made rapidly. The transplant needs to be done rapidly. If not, there are consequences.”

Acute liver failure patients in particular rely on the rapidity of effective transplant for their survival.

“When done quickly and correctly, the turnaround can be amazing,” Beduschi said. “We transplant our patients quickly because, in cases like this, speed is of the essence. Then, oftentimes, the recovery for these patients is quick, too, because they do not have chronic problems and were healthy before.”

Physicians located a liver on Saturday, two days after Christina was transferred to UF Health. Less than 24 hours later, Christina underwent her liver transplant with the first organ available, such critical was her condition. Afterward, she took longer than expected to wake up.

John sat by her side, worried, while the nurse adjusted her medications.

“Have you tried talking to her?” Latonya asked.

“She’s not waking up,” John said, looking at his Christina, asleep under a web of wires and electrodes.

So John did. And when he felt Christina squeeze his hand, he pulled out his phone and played a song: “You Know My Name” by Tasha Cobbs.

He was in tears. But for the first time in days, they were happy ones.

As Christina’s time in the hospital wound down, John didn’t leave her side. Not through her many tests, nor through her multiple rounds of physical therapy. Now that they’re back home, not much has changed. His support, Christina said, is what’s helping translate her operative success into a long-term recovery.

“I couldn’t have done it without him,” she said. “Thinking of my children, family, friends and having John here with me, are what made me feel like I was going to get better after all.”

As time passes, the incident is almost like a distant memory — save for the scar on Christina’s abdomen, shaped like an “Mercedes logo” and a reminder of a specific incision used for when a liver is especially large.

“The liver they had available was big, so I guess that's good,” Christina laughed. “But I'm assuming a big liver does twice as good of a job!”

Dorothy Hagmajer joined the UF Health staff in October 2019 as a science writer covering the Congenital Heart Center and the Department of Surgery in the College of Medicine. Previously,... END_OF_DOCUMENT_TOKEN_TO_BE_REPLACED