Erin woke up and felt a sunburn in her throat.

However, the source of her discomfort was not visible and had little to do with the beating Florida sun. Still, the burning sensation lingered and irritated her throat the same way a sunburn would with one added, frightening side effect: Erin couldn’t breathe. 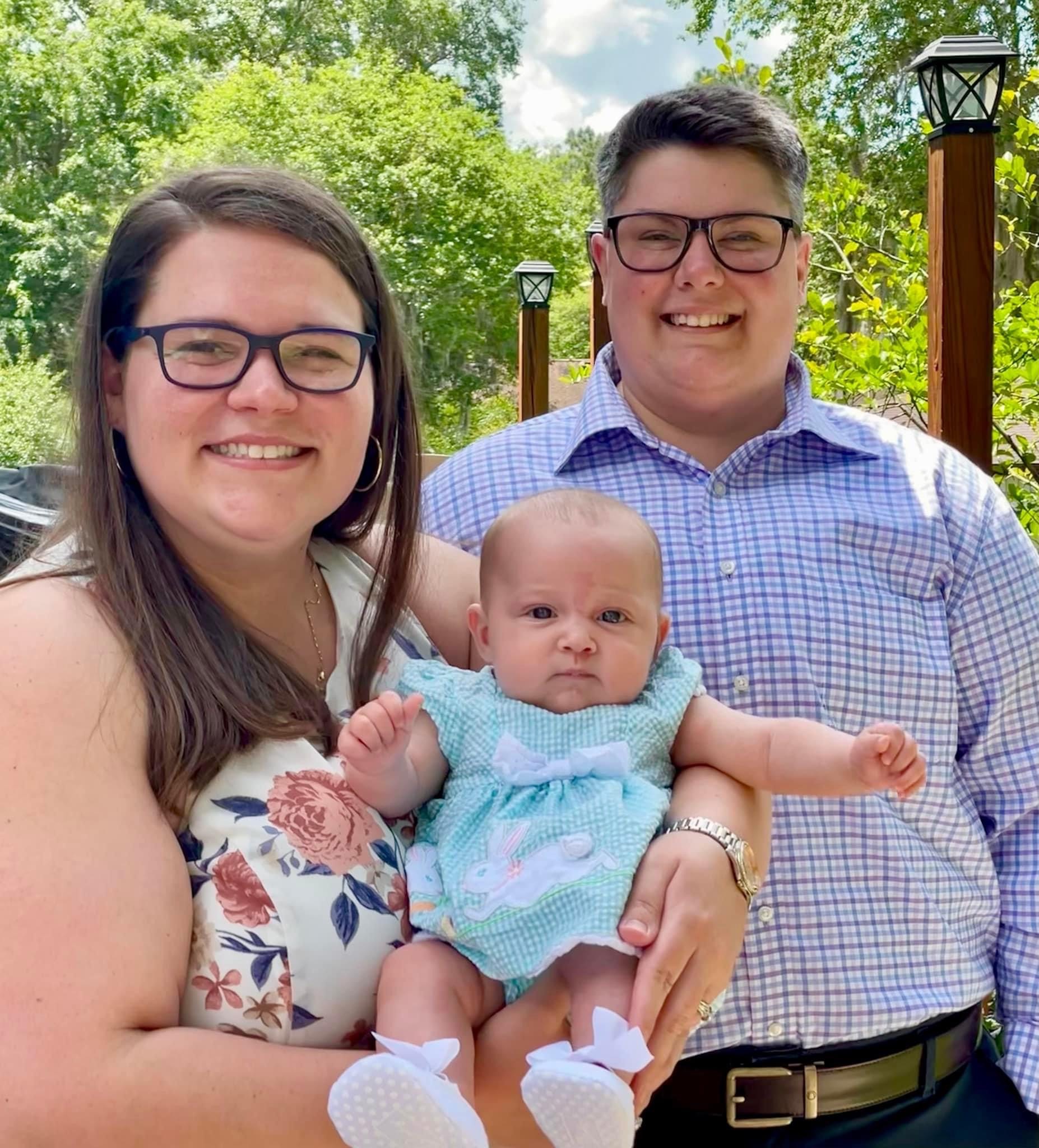 “It was like a burning sensation in my throat that not even the coldest glass of milk could ease,” she recalled.

Since Erin was a teenager, she tried everything to alleviate her symptoms, which were caused by gastroesophageal reflux disease, or GERD. About 20% of adults in the U.S. suffer from GERD, a condition in which stomach acid or bile regularly flows back into the esophagus, causing bothersome symptoms that worsen after eating and lying down.

At one point, Erin drank apple cider vinegar shots every day before leaving for work. However, that left her with a sour taste of vinegar that lingered throughout the day instead of a burning sensation from GERD.

After the apple cider vinegar came another “self-cure” — the alkaline diet, based on a theory that dieters can change the body’s acid levels through food choices. “It was just plain and miserable,” Erin said. “And that was just the first week.”

As Erin’s symptoms persisted, increasing after the removal of her gallbladder, her day-to-day life became more difficult. Her nights were filled with discomfort; days became harder to get through. Besides the upsetting symptoms, Erin’s GERD was causing permanent damage to her health.

She became increasingly worried about her outlook. The thought of not being there for her wife, Michelle, and newborn, Gentry, was unimaginable.

Chronic acid reflux can often be managed with medications and Erin had been on proton pump inhibitors, or PPIs, for many years. However, daily medications can come with unwanted side effects. In the case of PPIs, patients may experience cognitive complications, and with Erin’s family history of dementia, she did not want to risk the damage. She knew she needed a more permanent solution to manage her GERD.

Previously, surgery was the only option. However, when Erin was referred to UF Health Digestive Disease Specialists, everything changed. She met Dr. Bashar Qumseya, an associate professor of medicine in the University of Florida Division of Gastroenterology, Hepatology & Nutrition and chief of UF Health Endoscopy. Dr. Qumseya introduced her to transoral incisionless fundoplication, or TIF.

TIF is a minimally invasive, non-surgical technique. During the procedure, Dr. Qumseya approaches the valve between the stomach and the esophagus through the mouth and uses a specialized device to restore the valve’s function. When this is achieved, patients like Erin will find relief and comfort in their daily life as they live with chronic acid reflux.

After hearing she would no longer have to rely on medication or experience daily discomfort, Erin “was all in.” She said she felt confident in the procedure and Dr. Qumseya.

The morning of the procedure, her wife dropped her off, both eagerly awaiting their next chapter. Erin woke up afterward with no pain or nausea.

“The nurses were so friendly and talkative,” she remembered.

Although it was recommended that she stay the night, she experienced such mild pain and symptoms that she begged Dr. Qumseya to discharge her. Dr. Qumseya laughed and let her go.

All Erin could think of was getting home to see her daughter and wife. Today, she goes about her daily activities with a belly full of tasty food, a full night’s rest and an ability to be fully present in every moment — no “sunburn” to be found.