Please note, patient visitors will be limited to no more than one for the patient’s entire hospital stay or visit. Children under the age of 18 will no longer be allowed as visitors. For more information on our ongoing response to COVID-19 in Gainesville, Jacksonville, and Central Florida, visit our coronavirus website. END_OF_DOCUMENT_TOKEN_TO_BE_REPLACED

Ethan’s Race Against the Clock

After a devastating hurricane season in 2018, Michelle Byron and her family were looking forward to being back in their home in Panama City just in time for Thanksgiving. While shopping for last-minute preparations at Target, Michelle received an unexpected call from her husband, Chuck. Their 16-year-old son, Ethan, had an emergency during a simple outpatient procedure in Tallahassee. As Ethan was being prepped for surgery, his heart rate spiked and plummeted.

“My husband called and said, ‘He’s going to be OK, but something is wrong with his heart,’” Michelle said. 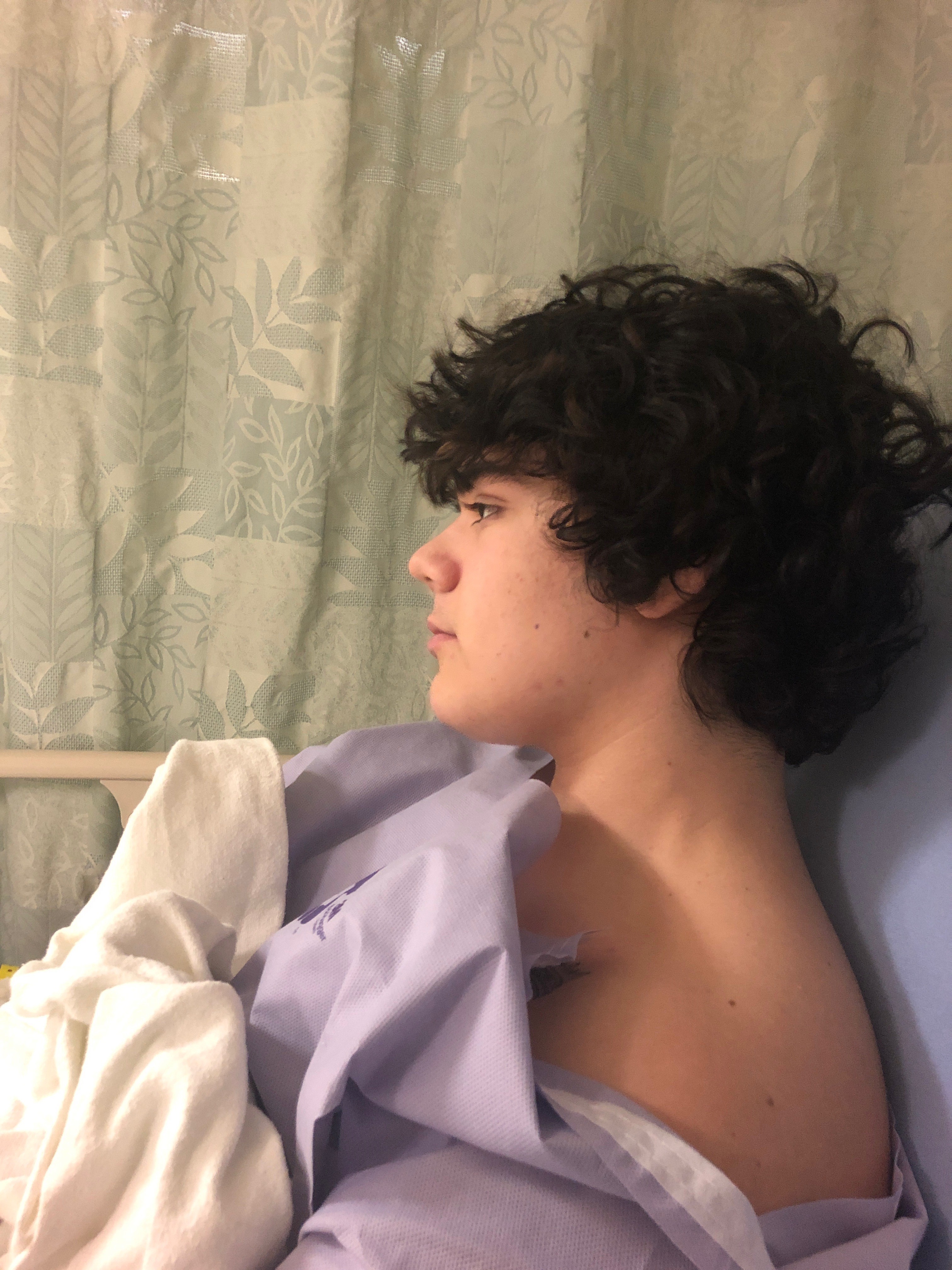 Ethan’s care team recommended he be seen by Philip Chang, M.D., director of the pediatric and congenital heart electrophysiology program at the UF Health Congenital Heart Center. As Michelle sprinted out of Target to the parking lot, Ethan was flown by helicopter to UF Health Shands Children’s Hospital in Gainesville. Chuck was already on his way to the hospital.

“He (Chuck) said, ‘Be careful and get there as soon as you can,’” Michelle recalled. “I cried and prayed, and got myself together to drive to (UF Health) Shands.”

Michelle drove the long journey from the Panhandle to Gainesville, where she had volunteered at UF Health Shands Hospital’s pediatric unit 25 years prior.

For the next 36 hours, the pediatric cardiac critical care team and Chang at the UF Health Congenital Heart Center worked to find the most suitable medications to regulate Ethan’s heart rate. Doctors determined that Ethan had an unusual combination of permanent junctional reciprocating tachycardia, a form of supraventricular tachycardia, in addition to Wolff-Parkinson-White syndrome, an extra electrical pathway in the heart. Ethan’s family was informed that he was born with these and may have unknowingly experienced arrhythmias in the past. Looking back, Ethan recalls signs that he never associated with a heart condition, such as feeling his heart rate speed up excessively fast while running down a basketball court and remaining fast when he stopped.

“When I saw him lying there, it was tough,” Michelle said. “It was surreal that my own child was now here. It felt like I came back home in a way.”

For 10 days, Ethan received medication directly through his arm and neck to better reach his heart.

Dr. Chang recommended that Ethan have a cardiac ablation, a procedure to definitively treat his condition.

“I wasn’t going to stay on medicine for life if there was any chance they can cure me,” Ethan said.

The arrhythmias were gone.

“The team was phenomenal,” Michelle said. “Dr. Chang didn’t give up on him. He put in many, many hours of studying his case.”

“Dr. Chang’s really nice and helpful,” Ethan said. “He genuinely cared for me as an individual patient.”