The best way to prevent the spread of COVID-19 is to get vaccinated. You can get a vaccine in many places in your community. Find a walk-up location or schedule an appointment today. END_OF_DOCUMENT_TOKEN_TO_BE_REPLACED

One glance at Madison Rhodes, 14, and no one would ever imagine the struggles she has endured.

Madison was born in Central Florida on May 25, 2005 with a single ventricle heart defect, with only one functioning ventricle to pump blood. She also had transposition of the great arteries, when the two arteries leaving the heart are reversed, and multiple heart valve complications. 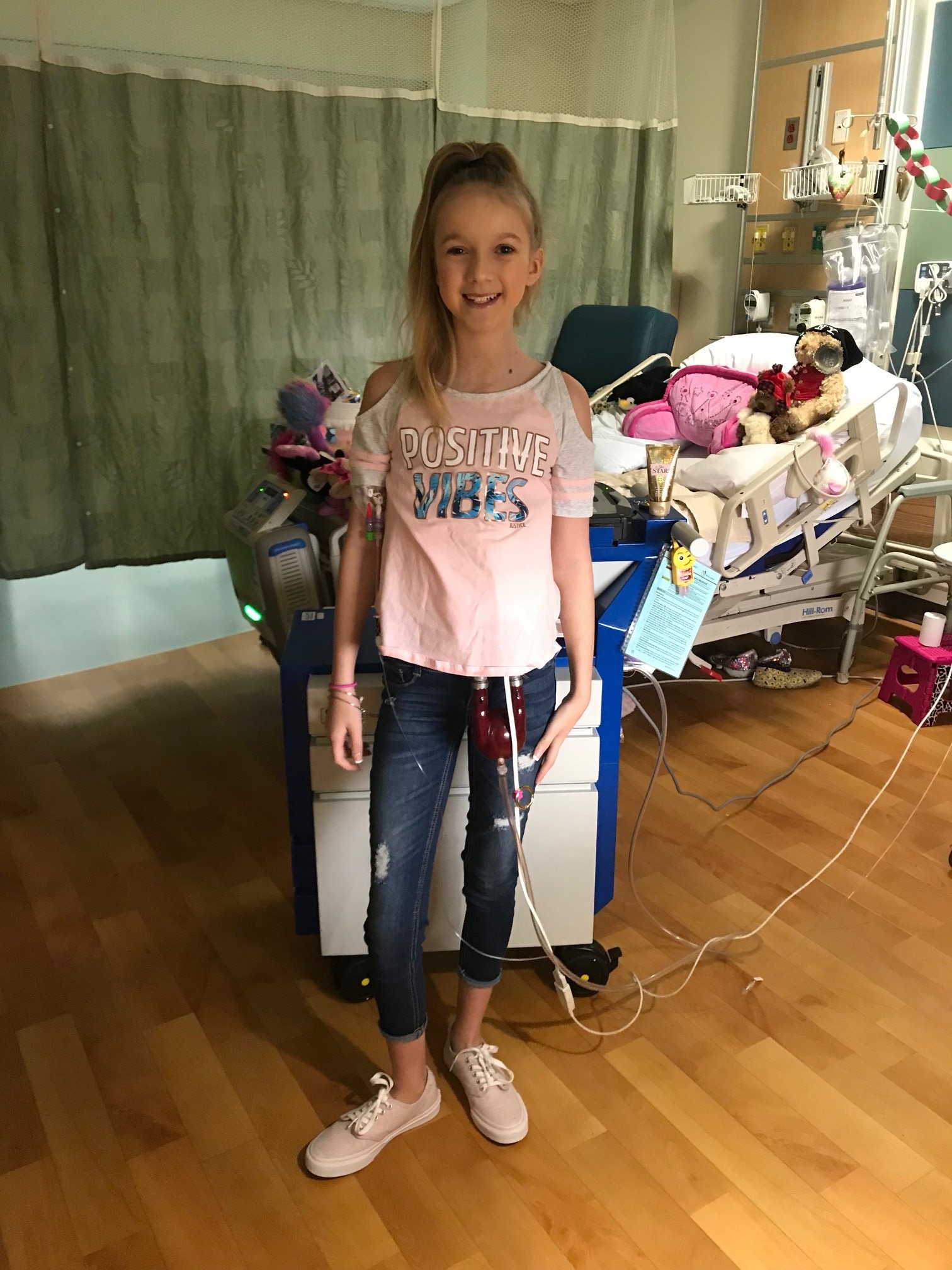 Madison’s childhood was filled with a pacemaker battery replacement, heart catheterizations, overnight hospital stays and regimented medication schedules.
But, through her journey, Madison led an active lifestyle. She enjoyed being a part of her school’s cheer team in addition to acting at her local playhouse and biking.
“She just seemed like a normal child, full of energy, she was nonstop all the time,” said Cynthia Rhodes, Madison’s mother. “You would completely forget she had these complications.”

In January 2018, Madison had a fainting spell. After an exam, some changes were made to her current medication and an additional medication was added. The doctors determined that everything appeared OK and she was released. In July of that same year, Madison started showing more unusual symptoms, like taking frequent naps and retaining fluids.

“She would say that she just didn’t feel good,” Cynthia said.

Madison was admitted to a children’s hospital in Orlando on July 27, 2018. Doctors there recommended that she continue her care with the team at UF Health Shands Children’s Hospital. Madison’s physicians believed she was retaining fluid because her heart wasn’t working properly.

“They said, ‘This is pretty serious. It doesn’t look good,’” Cynthia recalled.

Madison was taken by ambulance to Gainesville, where it became apparent that Madison would need to be placed on the heart transplant list.

UF Health physicians knew Madison’s time was limited. Her care team recommended placing her on a Berlin Heart®, a mechanical device that takes over the work of the heart. Although they had initially recommended that the procedure take place later in the week, doctors, including Mark Bleiweis, M.D., director of the UF Health Congenital Heart Center and chief of congenital cardiothoracic surgery, and Jay Fricker, M.D., pediatric cardiologist, advised moving her surgery sooner.

“When Dr. Bleiweis went in (to operate), her heart stopped,” Cynthia said.

Madison’s body was running on fumes.

On Sept. 4, 2018, physicians implanted a Berlin Heart® that would serve as her bridge to transplant.

“She could only unplug her unit from the wall for 30 minutes in the morning and in the evening to walk the unit,” Cynthia said. “On a couple of emotional nights when Madison just wanted to go home I explained to her that this is the way it was going to be until she received her new heart. It took about eight weeks until she wanted friends or family to visit.”

Madison would be tethered to the device from September until January. While she waited for her new heart, her care team focused on strengthening her body for transplant. She befriended the nurses, earning nicknames such as Slime Queen for her obsession with slime and Mad Dog Maddie for her wild attitude. Madison also enjoyed talking with other transplant patients about their experience.

On the afternoon of Jan. 23, 2019, Madison and her family received word of a donor match.

“We were shocked. We never imagined a transplant would be as soon as it was,” Cynthia said. “That evening Madison danced down the hallways.”

Family and friends from back home were called as Madison prepared for her new heart.

On the morning of Jan. 24, Madison’s care team was ready to operate.

“She didn’t want to be wheeled to the OR she wanted to walk in,” Cynthia recalled. “She walked to the OR while smiling and waving to the staff, family and friends on her way.”

Family anxiously waited at the hospital all day until Madison’s surgery was complete.

“She recovered great,” Cynthia said. “She shocked her team of doctors and nurses.”

Ten days later, Madison and her family moved into transplant housing. On March 22, 2019, Madison was released to go home. Her hometown decorated the streets and proclaimed #MadisonStrong for her arrival. 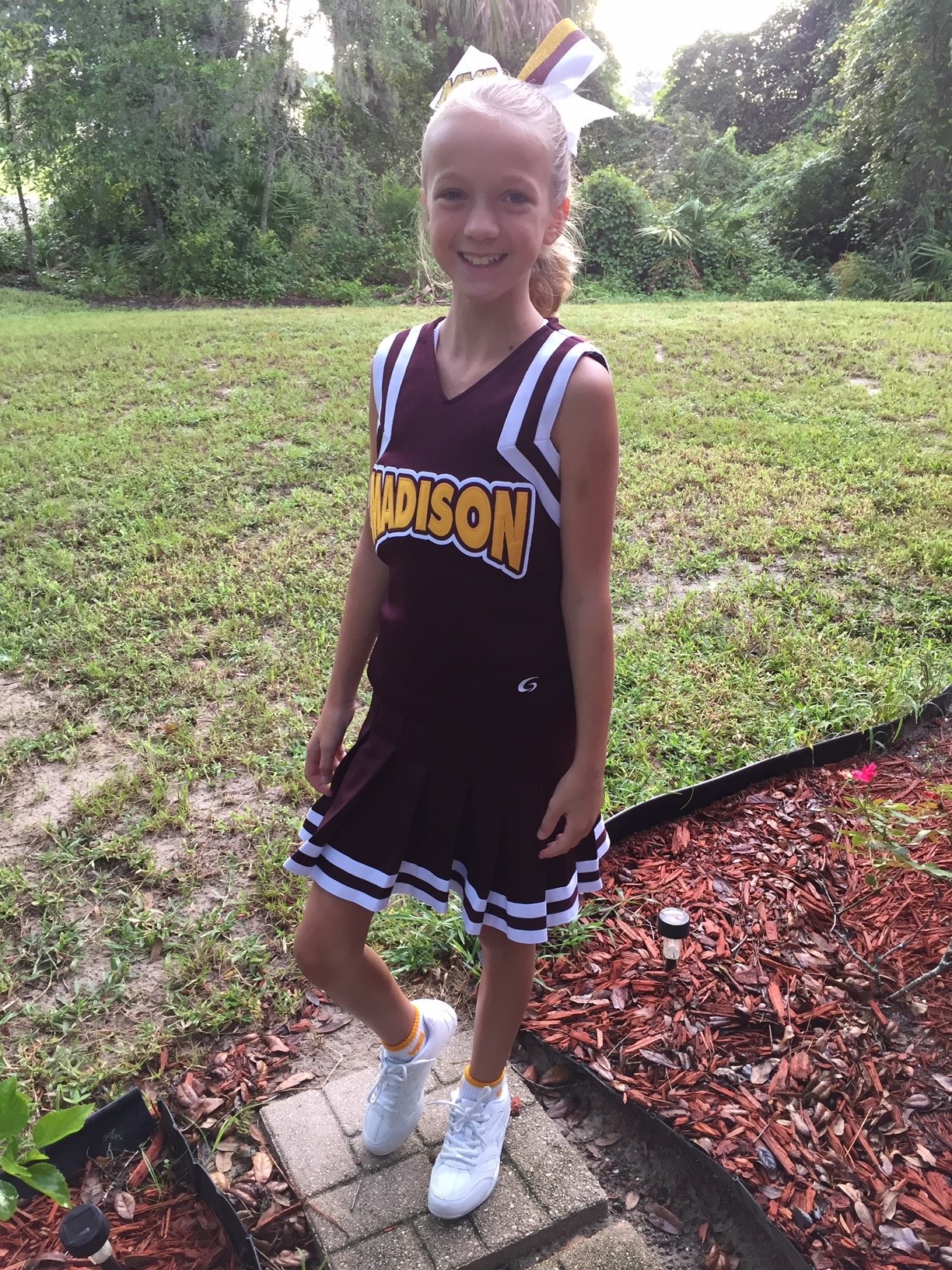 Madison continues her regular visits to UF Health and even meets with some of the nursing staff for lunch.

In August, Madison started school at a freshman. She’s a member of the high school’s bowling team.