The best way to prevent the spread of COVID-19 is to get vaccinated. You can get a vaccine in many places in your community. Find a walk-up location or schedule an appointment today. END_OF_DOCUMENT_TOKEN_TO_BE_REPLACED

A Moment of Zen: Dan Angeles

Through the efforts of students and faculty from across the University of Florida, a patient's wish to create art was realized. 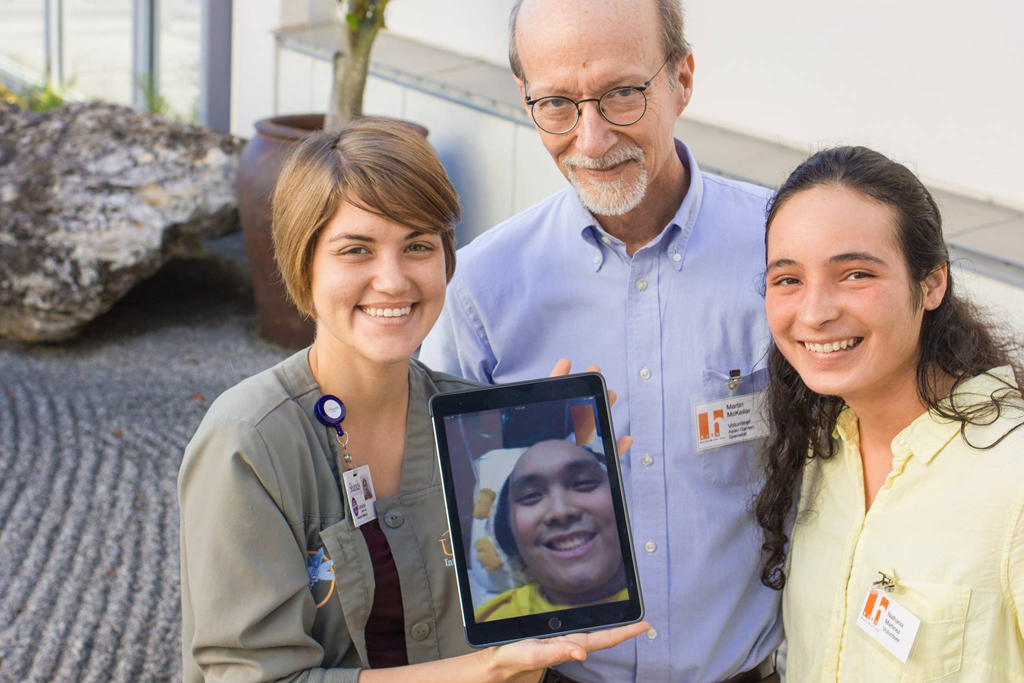 The current design in the Asian Rock Garden at the Harn Museum of Art was drawn by 21-year-old Dan Angeles. Dan was a top student at De La Salle-College of Saint Benilde in Manila, Philippines, and graduated with a bachelor’s degree in hotel, restaurant, and institutional management. While working at a hotel in Amelia Island, Florida, Dan was diagnosed with metastatic osteosarcoma. He came to UF Health Shands Hospital for treatment.

Dan drew his design for the garden from inside his hospital room. With the help of Integrative Medicine Practitioner Lorraine Lund, Dan spent many hours researching the process of Zen garden design. Then he perfected his technique through focused practice using a special rake developed by two UF College of Engineering students working with the UF Innovation Academy. The rake was 3-D-printed to scale and fitted with charcoal prongs to simulate raking the garden. Dan stayed up late the night before his 21st birthday finalizing his design. A team of Landscape Architecture student volunteers from the College of Design, Construction, and Planning led by Martin McKellar, Ph.D., the museum's Asian Garden specialist, made his vision come to life.

Although Dan’s body has not responded favorably to treatment, he remains hopeful. He has returned to the Philippines to be with his family. Dan expressed a deep sense of gratitude for his care team and volunteers. “They made me feel like family. I miss them and I wish I was able to say goodbye to the people I wasn’t able to see before I left.”

Dan’s participation was made possible through a partnership between UF Health Shands Arts in Medicine program, the UF Innovation Academy and the Harn Museum. He invites you to enjoy his thoughtful design. 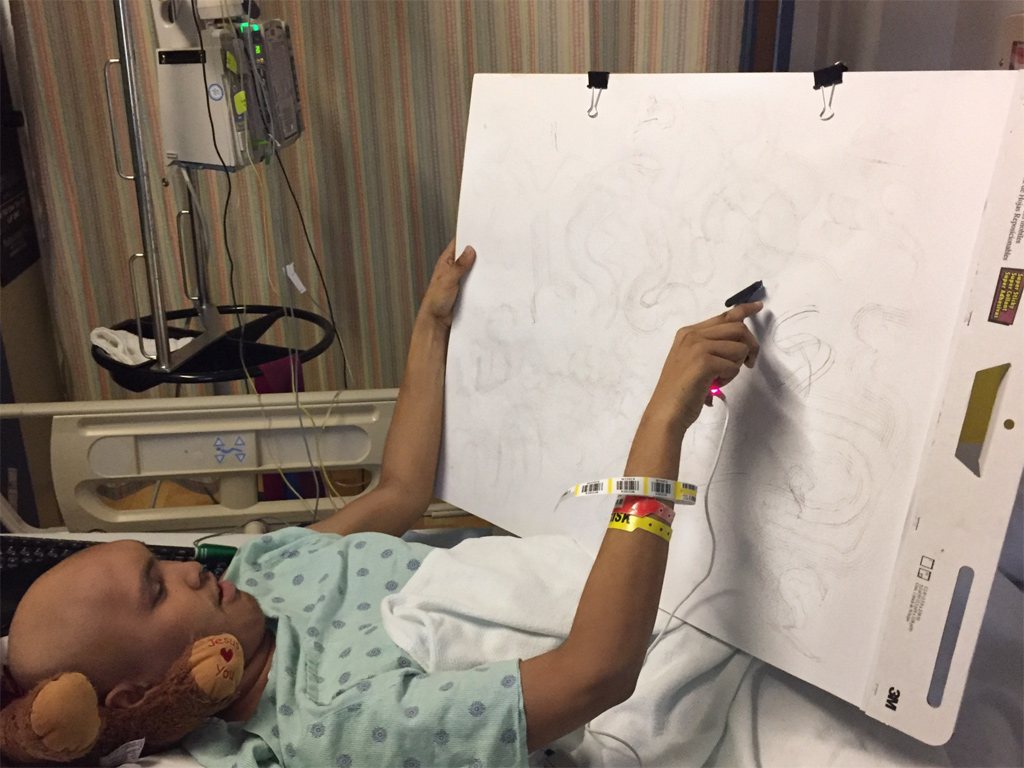 Dan Angeles creates his zen garden design using an electronic rake designed to simulate the one used in shaping the garden.

Dan spent time researching different raking patterns before designing the garden. He wanted to present a design that was his own, incorporating both patterns he had seen that he liked and unique patterns.

The east side of the garden features more conventional designs such as the ripples from raindrops, circles, and the overlapping patterns that evoke checkerboards. One area took the resemblance of the sun as he crossed his paths back to where he started.

The west side of the garden is where Dan chose to do something different. “Instead of having ‘waves’ surrounding ‘mountains,’” he said, “I chose to have the lines intersect with the different features of the landscape, creating a contrast between the two sides of the path.”

Dan’s design will be maintained for one month. Visit the Harn Museum during the month of April to appreciate his distinct creation.

This story was originally published on the UF Health Shands Arts in Medicine website. Photos by Paige Willis.

The UF Health Shands Arts in Medicine works to transform the hospital experience for patients, visitors, and caregivers through visual, literary, and performing arts.

The UF Health Integrative Medicine Program is dedicated to treating the whole person – mind, body and spirit – and in helping you achieve well-being in all aspects of life.