A More Normal Life for Luke

Almost 34 weeks into her pregnancy, Megan’s water broke. Panicked, knowing that she was about to deliver early, she was rushed to the hospital. 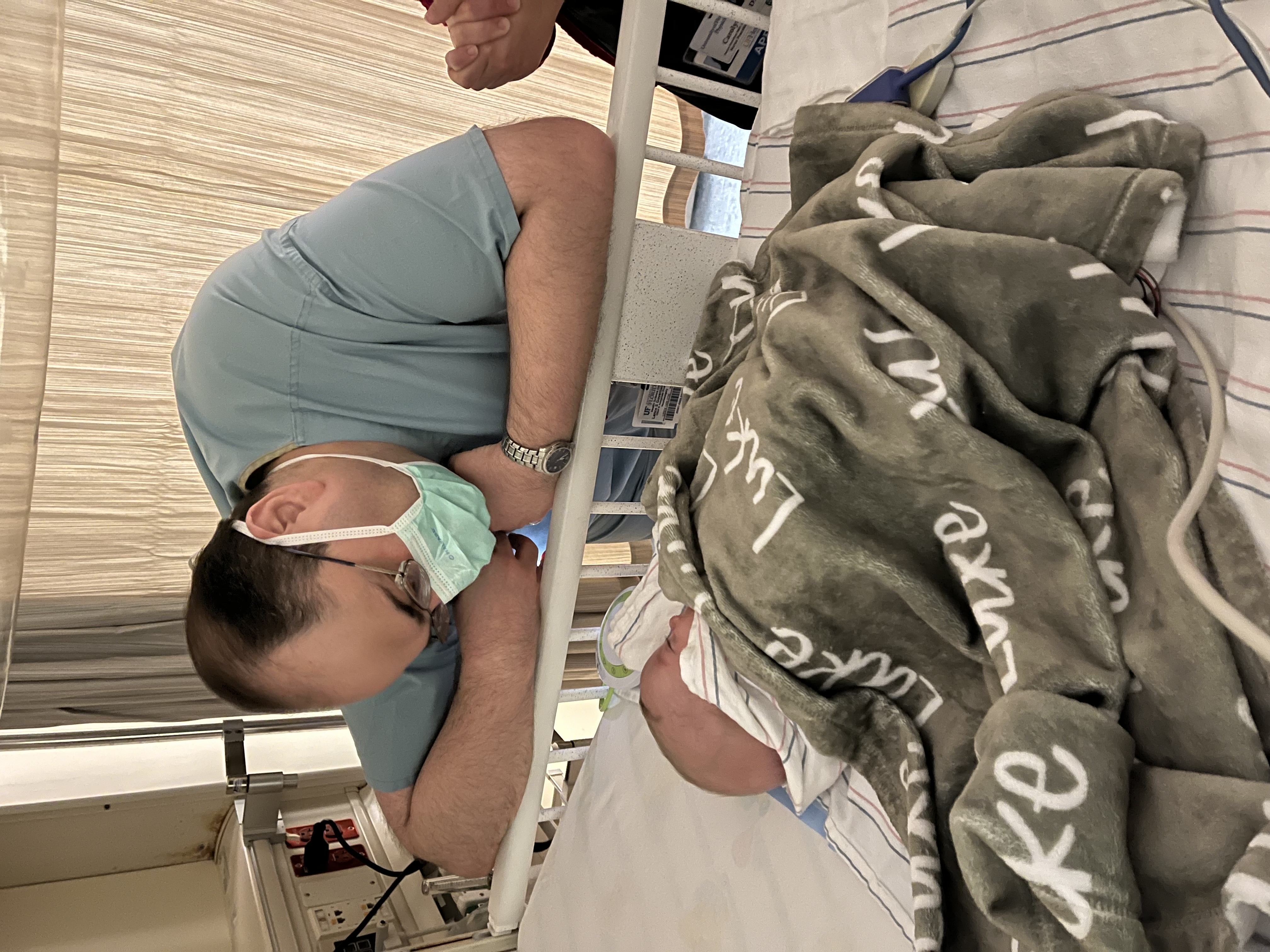 It was not long before first-time parents Megan and Ryan welcomed twin boys, Luke and Jett, to their family in October 2021. After the boys’ surprising early arrival, Megan and Ryan hoped to take the little ones to their home at Tyndall Air Force Base in Panama City, Florida. But because they were so small, the twins stayed in the local neonatal intensive care unit, or NICU, while Megan and Ryan adjusted to parenthood.

Luke’s prematurity resulted in bleeding within the fluid spaces of the brain. The blood blocked the normal flow of fluid, causing fluid buildup called hydrocephalus. Four days after coming to UF Health Shands Children's Hospital, he underwent the first of three brain surgeries.

With his father beside him, the 20-day-old Luke was given a ventriculoperitoneal shunt to allow the built-up fluid to drain. Sometimes fluid backup can be treated without a shunt using an endoscope (a long, thin surgical camera), but not in Luke’s case. The shunt surgery was successfully performed by UF Health’s chief of pediatric neurosurgery, Dr. Lance Governale. 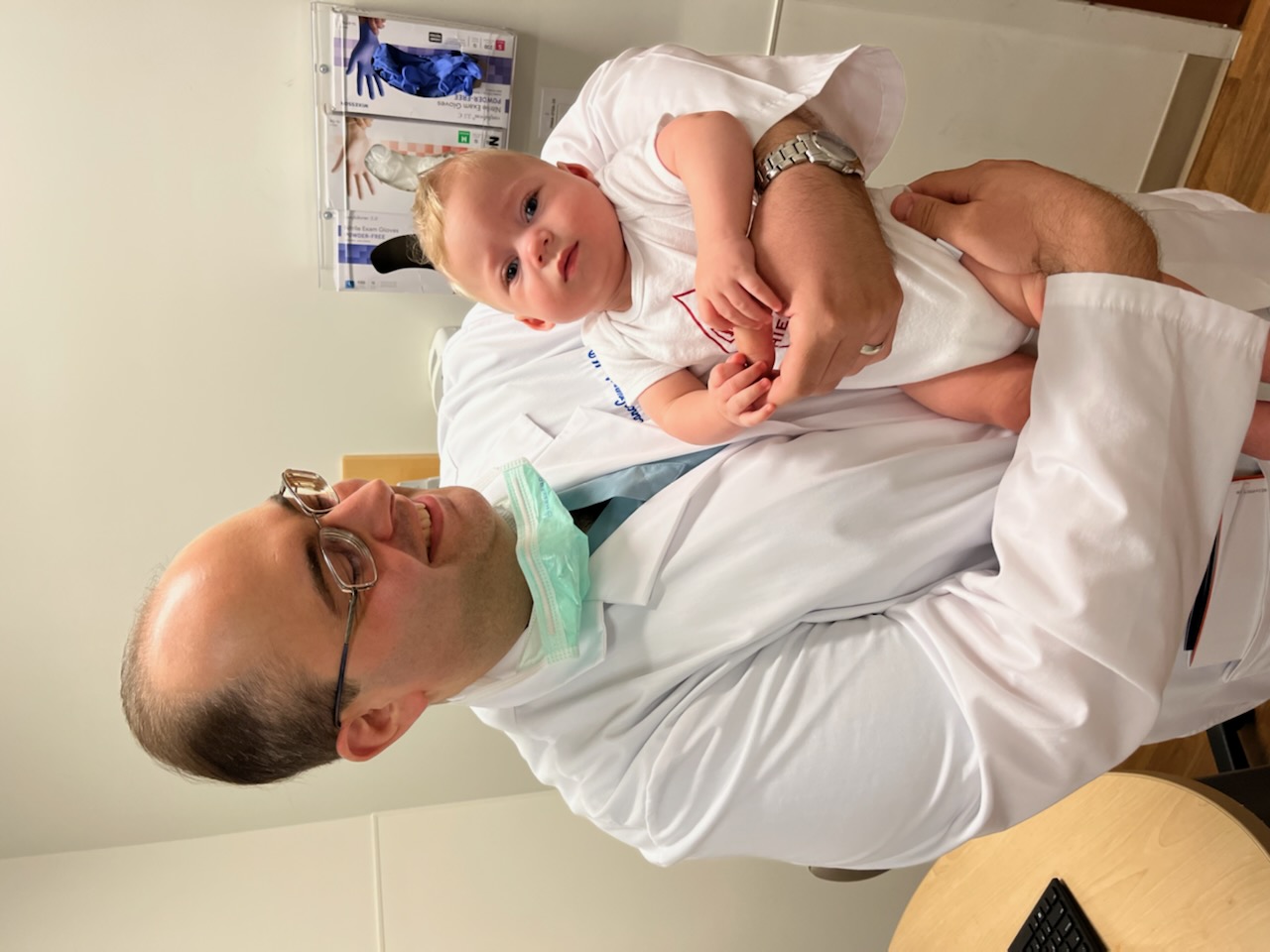 Meanwhile, back in Panama City, Megan was with Jett, who was given the all-clear to leave the NICU after 28 days.

Just before Christmas, after about a month of more intense supervision because of his prematurity, Luke was discharged from UF Health.

With both boys home for the first time since their unanticipated birth, Megan and Ryan cherished special moments with their newborn sons. They spent the holiday season listening to music, watching movies and snuggling on the couch with the twins.

Soon after, it became clear that the fluid on one side of Luke’s brain was not able to flow to the other side due to scarring from the original hemorrhage. The trapped fluid on the side opposite of the shunt was building up and causing symptoms. Rather than place a second shunt, Dr. Governale was able to connect the two sides with an endoscope.

Megan and Ryan think of Dr. Governale and the entire pediatric neurosurgery team, including Dr. Blatt, as their saving grace during Luke’s health scares.

“I love how confident he is in his craft,” Megan said of Dr. Governale. “He made sure we understood what was happening.” 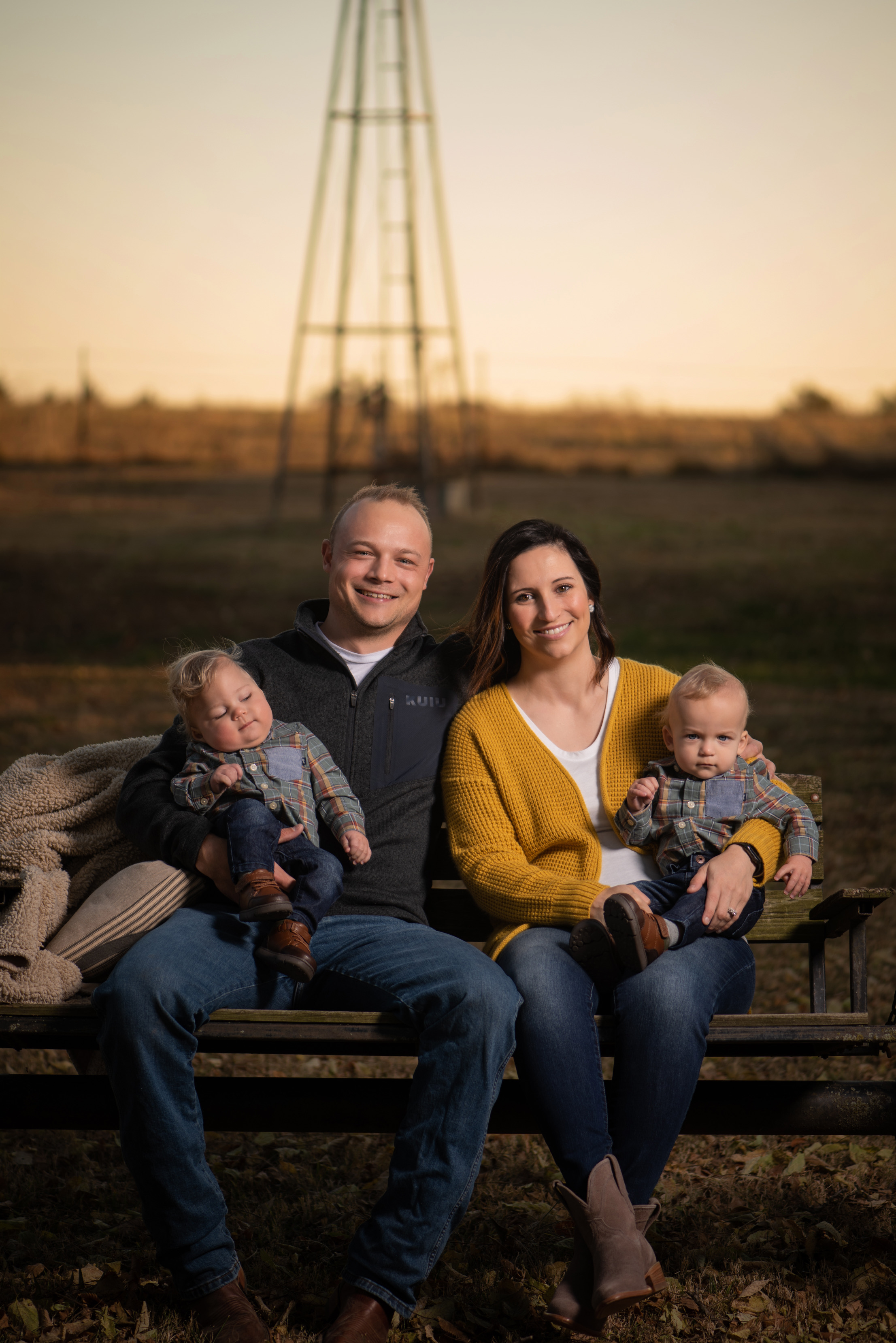 Luke has been found to have spasticity and hypertonia. Over time, this may evolve into cerebral palsy. The family celebrates every little victory and has nothing but hope for Luke’s future. Luke receives special treatments and therapy and is doing really well. He moves his little limbs, laughs and spends time with his brother Jett, the “wild child.”

“Luke is a born fighter,” Dr. Governale said. “I have nothing but high hopes for his future.”

Megan aspires to write a children’s book about hydrocephalus to help other families going through similar journeys. She hopes that writing Luke’s story will help his twin and other children see him as just a normal child.

Although the military has relocated the family away from Florida, Megan looks back on their time at UF Health fondly.

“We want to thank Dr. Governale and his team from the bottom of our hearts for treating Luke and educating us,” Megan said. “Thank you will never be enough.”

Madelyne Egan is a marketing intern who joined UF Health Communications in May 2022. She is currently a senior at the University of Florida pursuing a Bachelor of Science in... END_OF_DOCUMENT_TOKEN_TO_BE_REPLACED