When Marvin Sanders first received the diagnosis of prostate cancer, he laughed to keep himself from crying.

“I was scared and I was shocked,” Marvin said. “And I wanted to make sure my wife, Melanie, had support, because I knew she would be crying.”

Before his diagnosis, Marvin was consistent with his annual physicals — a gold star patient for men in their 60s. One day, he received a call from his doctor, Michael Dennis, MD, at the University of Florida because his prostate-specific antigen, or PSA, level was high. They wanted to run the test again to confirm the results. The second test confirmed the worrisome PSA. 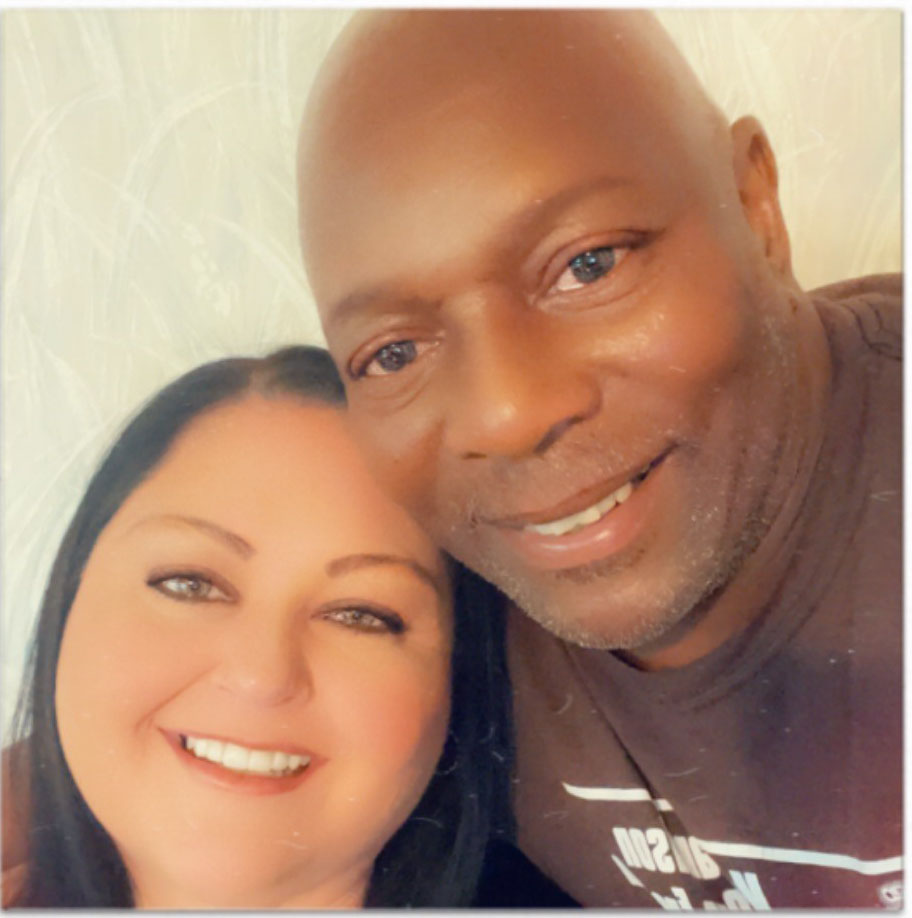 When Marvin and Melanie went back to the doctor’s office to plan what to do next, they were reassured by a UF Health Urology team that moved quickly and efficiently.

“There were no gaps,” Melanie said. “They got hold of us quickly and everything moved expeditiously. It was a scary process, but it was comforting to know that the care team was constantly with us.”

A biopsy confirmed Marvin’s cancer. Not too long after, he was scheduled for surgery with Wayne Brisbane, MD, an assistant professor in the UF Department of Urology.

“When I first met Dr. Brisbane, he sat down with me for a few minutes,” Marvin said. “Before we started talking about a treatment plan, he made sure I was comfortable.”

When it was time to discuss treatment options, Dr. Brisbane answered their questions thoroughly and gave them the information they needed to make a decision that would be best for Marvin’s health.

Ultimately, Marvin and his care team decided a prostatectomy would be the best treatment option. Although he was worried about the possible side effects of the procedure, including urinary incontinence and erectile dysfunction, Marvin was confident in Dr. Brisbane’s expertise.

During the surgery, a robotic-assisted prostatectomy, a nurse kept Melanie aware of the progress as she battled her nerves in the waiting room.

She didn’t need to worry: Marvin’s surgery was a success. Dr. Brisbane used a nerve-sparing technique to decrease the number of side effects the surgery might have had.

Melanie read a lot about the procedure and was worried about the side effects and risks her husband might live with, but thus far, they’ve been few and far between.

But Marvin’s journey wasn’t over after his surgery, as the multidisciplinary team at UF Health met Marvin’s needs for recovery. He would go on to see four urologists, all specializing in different aspects of urology, in addition to physical therapists and sexual health experts, with the hopes of increasing his quality of life.

“I am very thankful for the team of doctors,” Marvin said. “If they were in front of me today, I would give them a big hug.”

Melanie is thankful for the doctors, too. She says they help her sleep better at night.

“I no longer feel like I did that day when he was diagnosed,” Melanie said. “It is no longer the first thing I think about when I wake up.”

For other partners and caregivers who have recently received a prostate cancer diagnosis, Melanie advised that research is key to finding the best physicians and surgeons, like she found at UF Health.

“Do your research quickly and make sure you both feel comfortable with your care team,” Melanie said.

Marvin just has one message to relay: Get screened.

“I’m like the mayor,” Marvin said. “I go around and talk to everyone about getting their levels checked, because it saved my life.”
Dr. Brisbane agreed.

“PSA screening is the best way we have to ensure men do not die from prostate cancer. At UF Health, we are working to improve the imaging and biomarkers used to detect prostate cancer so that we can accurately identify cancer early.”

Jenna Allanson recently joined UF Health’s marketing team after a career as an event planner. Before working in the event space, she was an intern for the public relations team... END_OF_DOCUMENT_TOKEN_TO_BE_REPLACED