The best way to prevent the spread of COVID-19 is to get vaccinated. You can get a vaccine in many places in your community. Find a walk-up location or schedule an appointment today. END_OF_DOCUMENT_TOKEN_TO_BE_REPLACED

The Roberts Brothers: UF Health Pediatric Neurosurgeon Gets Them Back to Normal

Broward Roberts became familiar with UF Health Shands Children’s Hospital’s neurosurgery team at an early age. The discovery of a sacral dimple during his first five days of life in the UF Health Neonatal Intensive Care Unit led to a follow-up appointment at 6 weeks old, where Broward was introduced to Lance Governale, M.D., UF Health’s chief of pediatric neurosurgery. 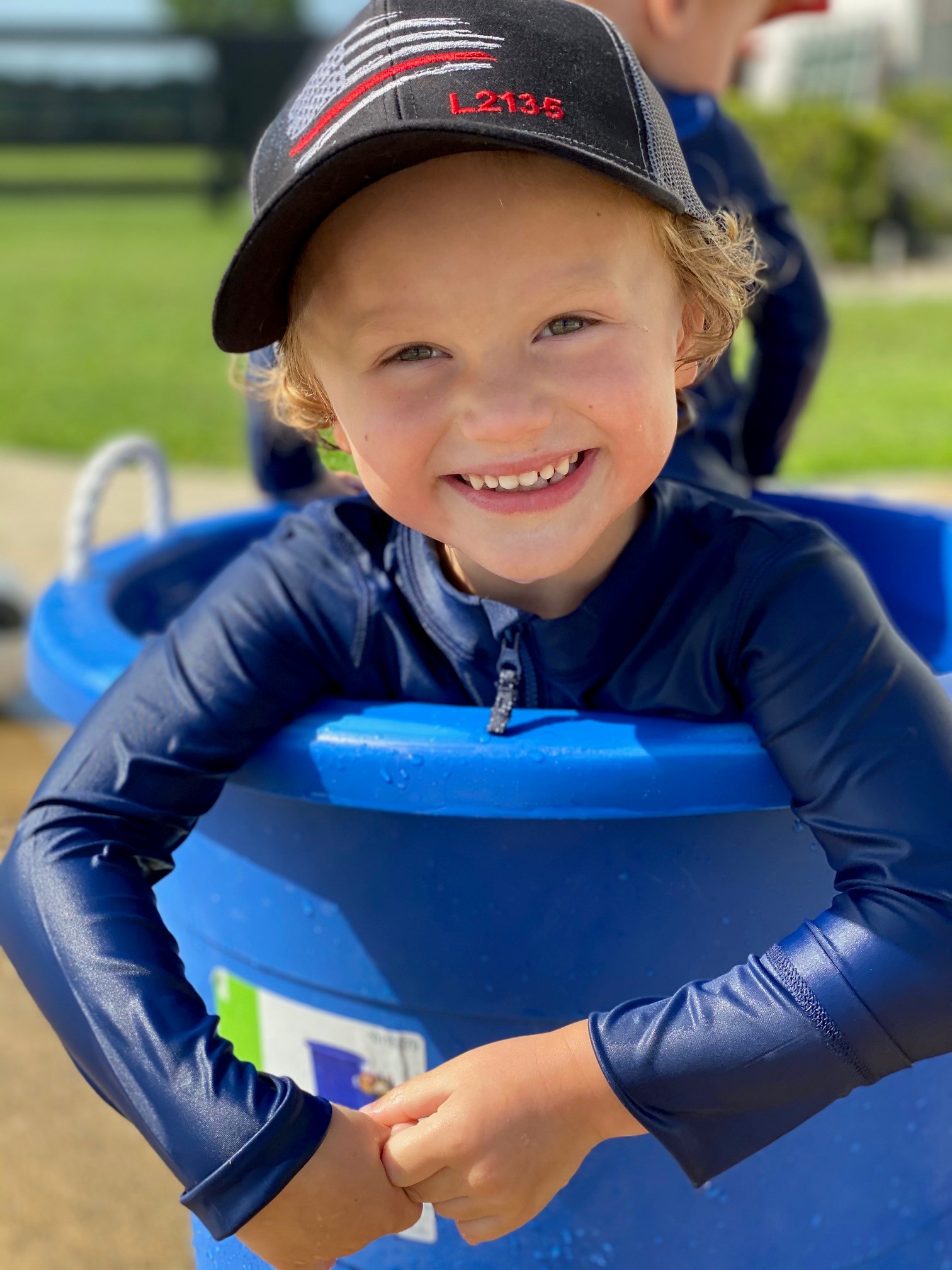 Fast forward almost three years after Broward’s time in the NICU. Broward, who was about to be 3, had started complaining about back pain the week before Halloween 2020. His mom, Kristin Roberts, asked if he remembered falling or bumping his back or bottom.

“I pushed around the area where he was complaining of the pain, and I didn’t see or feel anything,” Kristin said. “Later that week, I noticed he was adjusting his bottom a lot when he sat. This time when I checked the area, I noticed a lump by his lower spine at hip level.”

Kristin continued watching the lump over the next few days, but Broward’s complaints got more frequent. Because of the sacral dimple, his pediatrician recommended contacting Governale, who helped to schedule an ultrasound immediately. The scan showed the lump but not what was causing it. Governale needed more answers, so he arranged an in-person visit with Broward and his family. Broward was still not showing any signs of tethered spinal cord, but Governale ordered an MRI to get a definitive answer about the lump.

During the time between the appointment with Governale and the upcoming MRI, Broward did start showing a few neurological signs that indicated something was wrong. He started walking on his toes, and his back was bothering him more and more. On Halloween night, he started dragging his toe. It was almost as if he was tripping over his right foot, his mother said.

Kristin was alarmed and immediately called Governale, who got Broward’s MRI scheduled sooner. The MRI revealed a fatty filum, a thickened filament at the bottom of the spinal cord that can tether it. As Broward continued to grow, the fatty filum was leading to his pain, toe walking, and issues with right-foot movement. It is common for children with that condition to experience neurological symptoms during growth spurts. Once symptoms appear, sometimes they don’t always go away even after treatment.

Yet the lump on Broward’s back had nothing to do with the fatty filum — it was just the result of a fall, like any bump or bruise would be. Still, the lump caused Kristin to ask questions and continue to monitor him. That may have saved him from permanent neurological problems.

Broward’s family and Governale wanted to take care of the issue before it worsened and symptoms could not be reversed. Because of this new diagnosis, Broward needed surgery.

“Dr. Governale went over Broward’s results with us and explained the upcoming procedure so sweetly and in great detail, which made my mama heart feel better,” Kristin said. “He assured us that he sees this diagnosis a lot, and it was caught early.”

After the surgery, Broward’s symptoms resolved but he did have to adjust to his improved condition.

“His body had been tight for so long, and now everything was loosened up,” Kristin said. “It was not a feeling he was used to, and he learned that he did not have to walk on his tiptoes anymore.”

Within a week after surgery, Broward was walking well. By day 9, he was running around.

“Broward gets anxious, but he immediately warmed up to Dr. Governale,” Kristin said. “Now he gets excited when he gets to see him.”

In March 2019, Broward’s brother Brooks was born at UF Health at just 31 weeks old. He was only 1 pound, 6 ounces, so he was immediately taken to the neonatal intensive care unit — a place the Roberts family knows well. Kristin had been on bed rest at UF Health for seven weeks prior to Brooks’ arrival because of an intrauterine growth restriction, or IUGR. Babies with IUGR grow at a slower rate due to an abnormal placenta. 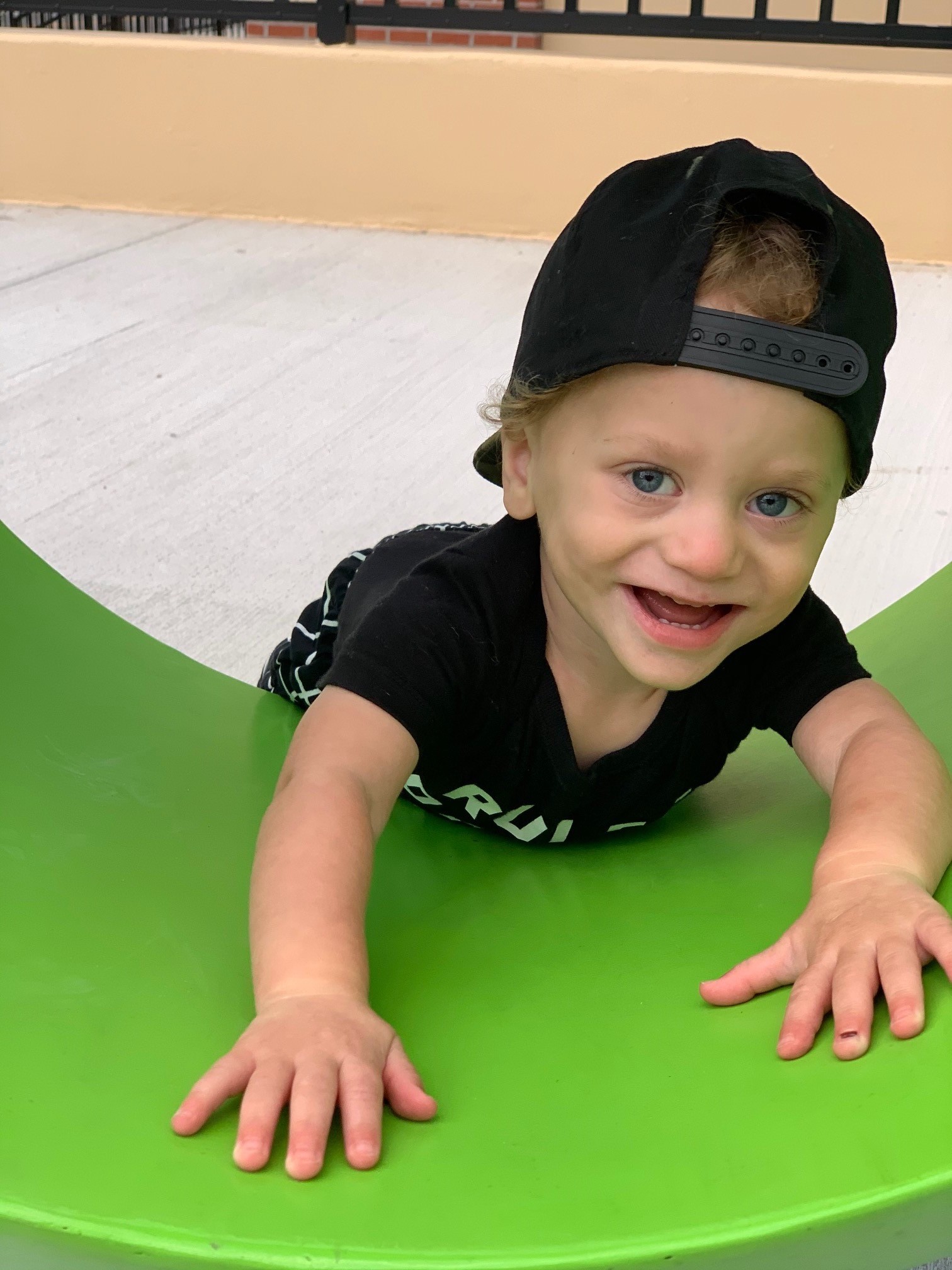 Like his brother, Brooks was born with a sacral dimple. Once again, it was also not a genetic defect. An early MRI confirmed that the dimple did not connect to his spine. It also did not appear he had a tethered spinal cord but some aspects of the diagnosis were borderline. The risk-benefit balance favored observation over time.

The Roberts family eventually brought Brooks home after 100 days in the intensive care unit. What they couldn’t know then was he would be back for additional tests and treatment — just like his big brother.

At one of Broward’s appointments with Governale, Kristin shared that Brooks, who was now 1, had started to curl his toes and stack them on top of each other. As Brooks began to try to walk more, Kristin noticed he was constantly tripping over his toes. Governale reviewed Brooks’ original MRI from the ICU and, given the borderline aspects, decided to repeat the imaging. After the MRI, Governale told the family that Brooks also had an abnormal filum. It was similar to Broward’s, and surgery was recommended.

It is unbelievable to think that the Roberts brothers had neurosurgery for the same diagnosis less than two months apart for a condition not known to have a genetic link.

Kristin said the brothers are now 100% back to being themselves. Neither is dealing with any long-term effects from tethered spinal cord. Visits with Governale now only happen as needed.

Broward stopped dragging his foot. He has no issues with his toes and no back pain.

Brooks’ toes went back to being flat, not curled.

“I am so grateful their symptoms reversed,” Kristin said. “There isn’t anything they can’t do now.”

The Care from UF Health and Governale 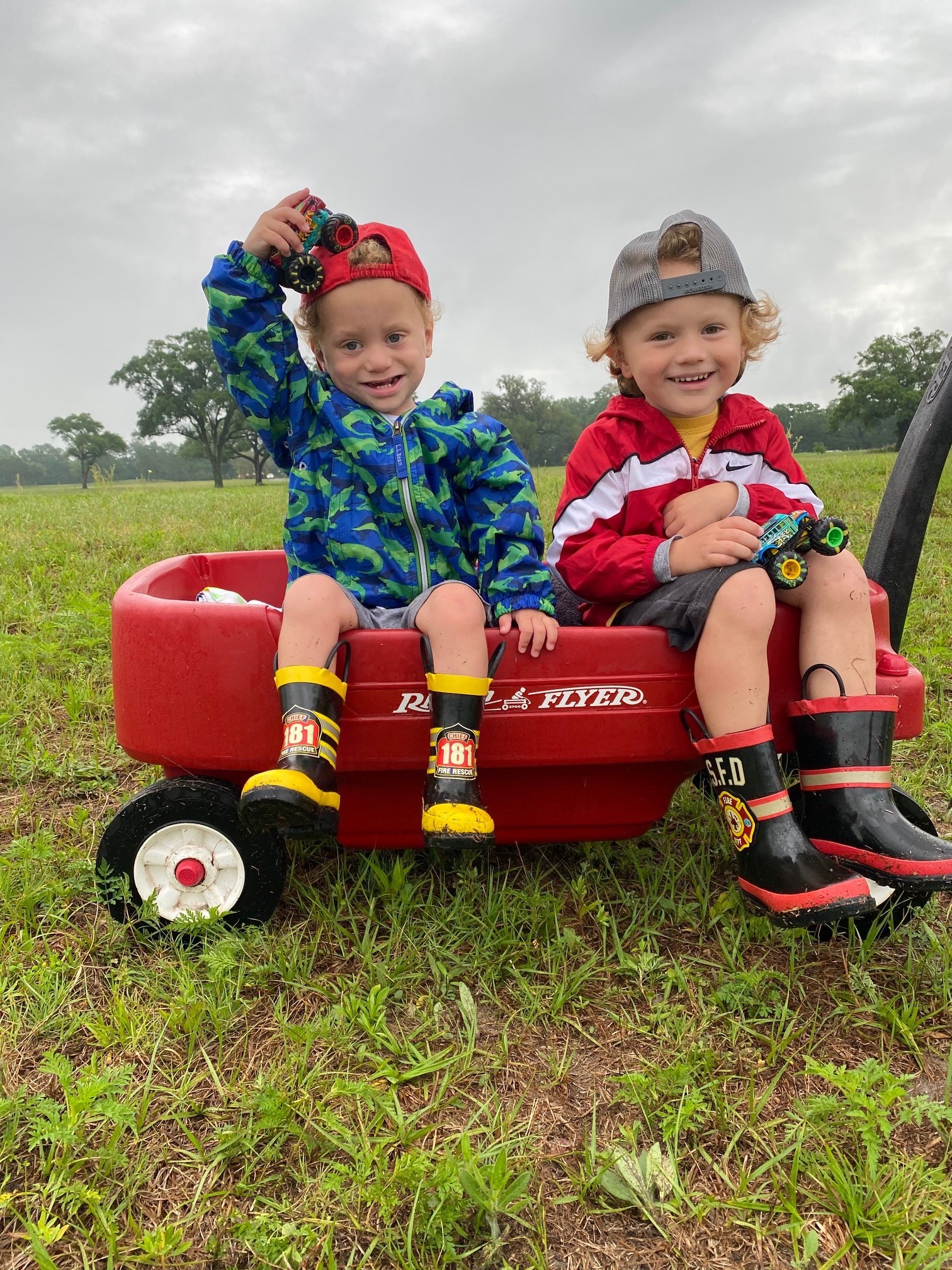 Kristin and her family have nothing but praise for the care both boys received at UF Health.

“The team is absolutely amazing,” she said. “From the surgery team to anesthesia to the nurses and the staff on the floors, they are just like family.”

Kristin said both boys’ diagnoses could have been overlooked if they weren’t in the right place.

“Dr. Governale is family whether he likes it or not,” Kristin said. “He holds a special place in my heart. He’s the most down-to-earth neurosurgeon you’ll ever meet. Every time I see him, I hug his neck and say, ‘Thank you for taking such good care of my babies.’

Lauren Gajda joined the UF Health Communications team in February 2016. She came to UF Health with more than five years of health care marketing experience and currently serves as... END_OF_DOCUMENT_TOKEN_TO_BE_REPLACED