Two years ago, Barbara Adams, 46, discovered how important the support of the right team could be. She was volunteering at the local YMCA, playing kickball with the children, and found she was winded and couldn’t catch her breath. 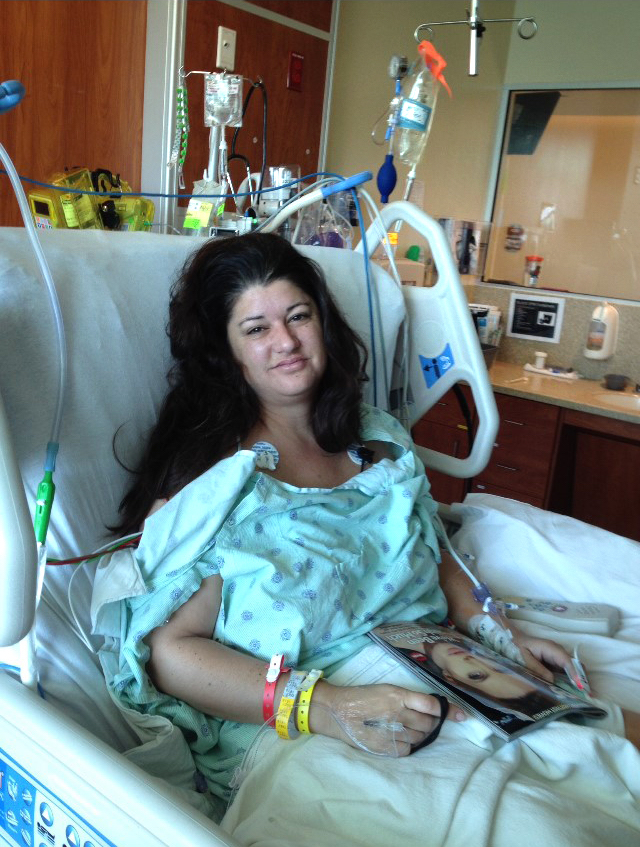 Later that weekend, Barbara became nauseous and her skin was jaundiced. When her husband and sister became concerned for her, she finally decided something serious may be wrong. With no time to waste, Barbara’s family rushed her to the area emergency room, where physicians conducted an endoscopy and found ampullary cancer. Final analysis revealed the cancer had invaded the pancreas and spread to local lymph nodes, making it a Stage 3 ampullary adenocarcinoma.

From there she was referred to the specialists at the UF Health Cancer Center in Gainesville, FL. After reviewing her case, her surgical team knew they had a rare opportunity to help this mother and wife.

Surgeons moved quickly to work with a group of highly skilled radiologists and hematologists to develop a unique treatment plan for Barbara. The surgery was performed by Steven Hughes, MD, professor and chief, division of general surgery at the UF College of Medicine, using a rarely performed laparoscopic Whipple technique that was both minimally invasive and highly effective. “Very few cancer centers are capable of this,” said Hughes. “This type of surgery offered Barbara a rapid recovery with minimal disruption to her life.” After surgery, Barbara underwent six months of chemotherapy and radiation on an outpatient basis at the UF Health Cancer Center. Along the way, the emotional support and strength provided by her husband, Chuck, their son, Kyle, her group of doctors, nurses and other staffing specialists made all the difference.

“Pancreatic cancer is not something that happens to young people very often,” said Barbara. “I’ve been lucky to heal quickly and the team at the UF Health Cancer Center is the reason why. Now I can get back to doing the things I love; vacationing with my family, going to sporting events, helping others in our community. You know, just getting back to life.”

And living life is just what she’s doing. Two years after treatment began, Barbara, her husband and their 17-year-old are immersing themselves in theme parks, sporting events, community volunteering and more to celebrate her remission. And knowing the importance of a supportive team, whenever they can the Adams travel to Gainesville to cheer on her favorite teams – the Florida Gators and the doctors at the UF Health Cancer Center.

“I consider myself to be very lucky to benefit from cutting edge treatments available at the UF Health Cancer Center. My procedure was done with a focus on post-surgery recovery,” said Barbara. “The rest of my treatment was also centered on helping me to resume my normal life as quickly as possible.”