Baylor Bennett was born with a blockage in his kidneys. His parents were told that he would grow out of it, and for six years, he had no symptoms. Then, one day in October 2018, Baylor doubled over in pain. He was taken to an emergency room in Mobile, Alabama, where an imaging scan showed his left kidney was inflamed from a blockage.

Baylor was treated by a general nephrologist at the hospital because there is no pediatric urologist in Mobile. After being discharged, his family took him to Pensacola, Florida to be seen by one. After imaging, it was determined Baylor would need surgery, which could be performed as an open procedure or robotically. Baylor’s parents wanted the surgery performed robotically so he would miss less time at school. Robotic surgery involves smaller incisions that lead to shorter hospital stays and quicker recovery times.

“Pediatric robotic urologic surgeons are not easy to find,” Baylor’s father, Todd Bennett, explained. “After doing our research, we knew we had three choices: New Orleans, Birmingham or Gainesville. Dr. Bayne at UF Health was the only one who offered to perform Baylor’s surgery robotically.”

Christopher Bayne, M.D., a pediatric robotic urologic surgeon and an assistant professor in the UF College of Medicine’s division of pediatric urology, explained that symptoms like Baylor’s can be difficult to correctly identify.

“Older children like Baylor tend to have an obstruction that comes and goes, and we do not know the cause of this,” he said. “Cyclical episodes of abdominal pain and vomiting can go a long time and not be worked up. Sometimes symptoms like these are chalked up to constipation. In Baylor’s case, the initial imaging showed the left kidney was enlarged/swollen.”

Bayne initially communicated with the family by telephone. Baylor and his family met Bayne for the first time the day before surgery, when he walked them through the surgical plan. He scheduled them for his last appointment of the day so they would have plenty of time to ask questions.

“One of my goals is to put them at ease and walk them through the surgery. I really wanted them to feel as comfortable and as relaxed as they could,’’ he said. “I get the anxiety of it. I wanted them to breathe a sigh of relief.”

On Dec. 21, Bayne performed a robot-assisted laparoscopic pyeloplasty, a surgical procedure that involves correcting the main drainage connection of the kidney.
During the surgery, Baylor’s parents received hourly updates from Bayne’s head nurse.

“I was incredibly impressed with the whole process,’’ said Todd. “The level of anxiety was very low. I felt comfortable with Dr. Bayne and his team from the get-go.”

When Baylor woke up from surgery, he asked for Gatorade and pizza. 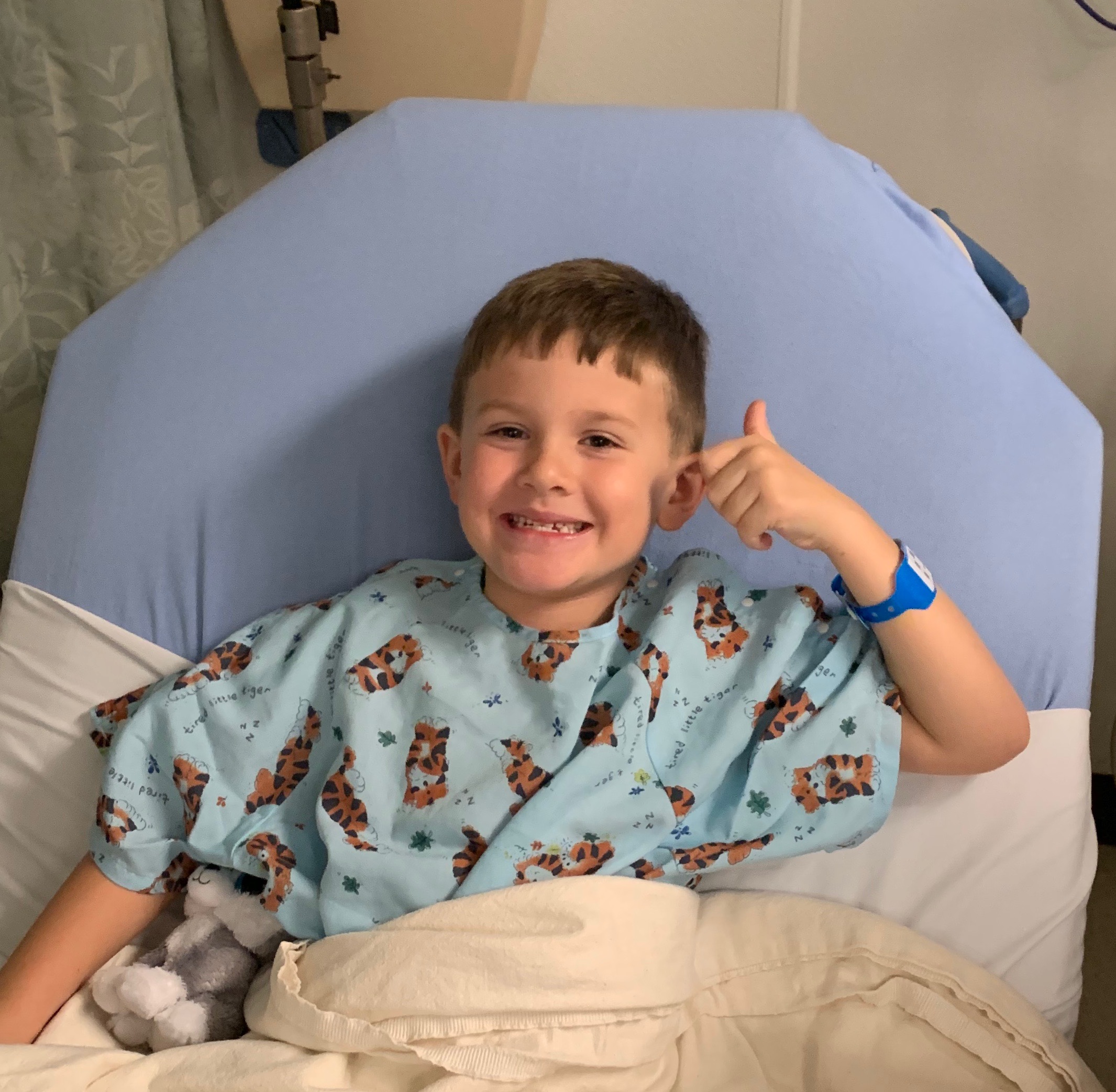 “We were worried he was going to be in pain after surgery, but it was almost like he didn’t have surgery,” said Todd. “He never cried. He never took anything more than Tylenol. I can’t imagine it could have gone any better.”

Two days later, Baylor was on his way back to Mobile, just in time for Christmas. He was running around, playing on Christmas morning — and never missed a day of school.

“We will forever be grateful for your university and teaching center because he gets the chance to be a normal kid,” said Todd.