Veteran Advocates ‘Take Care of Yourself’

After 20 years in the military and 18 years in the United Nations, including four peacekeeping missions, retired Army veteran Chris Maxfield faced yet another life-threatening battle, this one back home.

Upon retirement, Chris and his wife settled in Florida. As part of his annual exam with Carolyn Stalvey, M.D., associate professor of internal medicine in the UF College of Medicine, she administered a PSA test and blood workups. Due to a bad urinary tract infection years ago, the 65-year-old had compiled a 10-year history of stable PSA scores in his medical record. 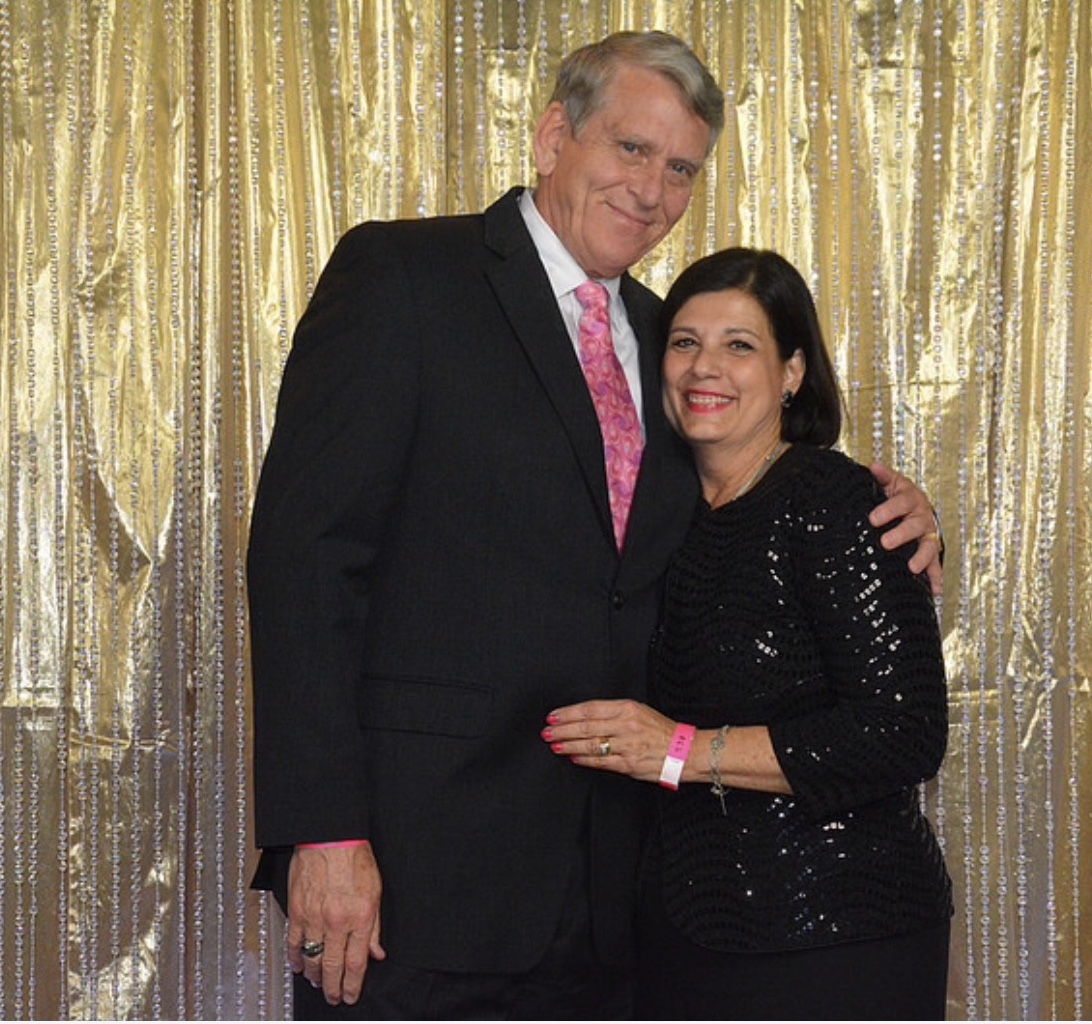 Stalvey noticed his numbers were a little higher than past years. While still low, they were within range to warrant a referral to UF Health Urology. In his initial appointment, Chris was seen by Michael Dennis, M.D., a clinical assistant professor of urology in the UF College of Medicine.

“He said we could do another PSA test in three months, do a specialized urine test or a biopsy,” Chris said, “and I chose the urine test.”

When the results came back, they indicated a high probability of prostate cancer, which was confirmed by a subsequent biopsy.

“I was about to leave for a trip to New York, so I took my biopsy results with me to show my previous urologist for a second opinion,” Chris said. “He said I should look into robotic surgery and wrote to his New York colleagues to see who in Florida to recommend.”

His colleagues’ responses brought up Li-Ming Su, M.D., a UF Health Urology robotic surgeon. Upon returning to Florida, Chris met with Su, a professor in the UF College of Medicine, about having robotic surgery to remove the cancer. Su explained the options of surgery or radiation, as well as the risks and benefits.

“All cancers have to be viewed in a personalized matter and Chris’ was the type of cancer that has choices,” Su said. “It is important to treat the cancer but also give a realistic view of what life is like after treatment.”

“Everything clicked just right to get Dr. Su,” Chris said. “He knew we wanted to take care of this quickly and called me days later saying they had an opening the following week.”

Chris’ cancer was caught early on and contained within the prostate. Su performed a robotic-assisted laparoscopic prostatectomy to remove it.

“This whole experience was high-quality, highly professional and highly competent on all sides. It was like a well-oiled machine with an abundance of personal human touch,” Chris recounted. “At all times, I was informed and felt like I was part of the medical team instead of just the person who was being operated on.”

For the Army veteran, the experience taught a valuable lesson in being proactive when facing a more invisible enemy.

“My takeaway is not about me. It is about ‘taking care of yourself.’ If you feel like something is not right, follow it. Don’t leave it until it’s too late.”