When battling sarcoma, is proton therapy a secret weapon?

Sometimes called the “forgotten cancer,” sarcoma only makes up approximately 1% of cancer diagnoses in adults — but about 15% of cancers in those under the age of 20, according to the National Foundation for Cancer Research. It forms in the body’s connective tissues that support, protect and give structure to other tissues and organs in the body such as bone, cartilage, fat, blood and lymphatic tissue. While there are more than 70 kinds of sarcomas, they can generally be categorized into two main groups: bone and soft tissue.

Many sarcoma patients require high doses of radiation as part of their curative treatment, and sarcoma can be an ideal candidate for proton therapy. This is a special type of radiotherapy used for cancer treatment that can spare normal tissue in the body from receiving radiation, resulting in fewer and less severe short and long-term side effects than standard radiation therapy, according to the National Association for Proton Therapy. 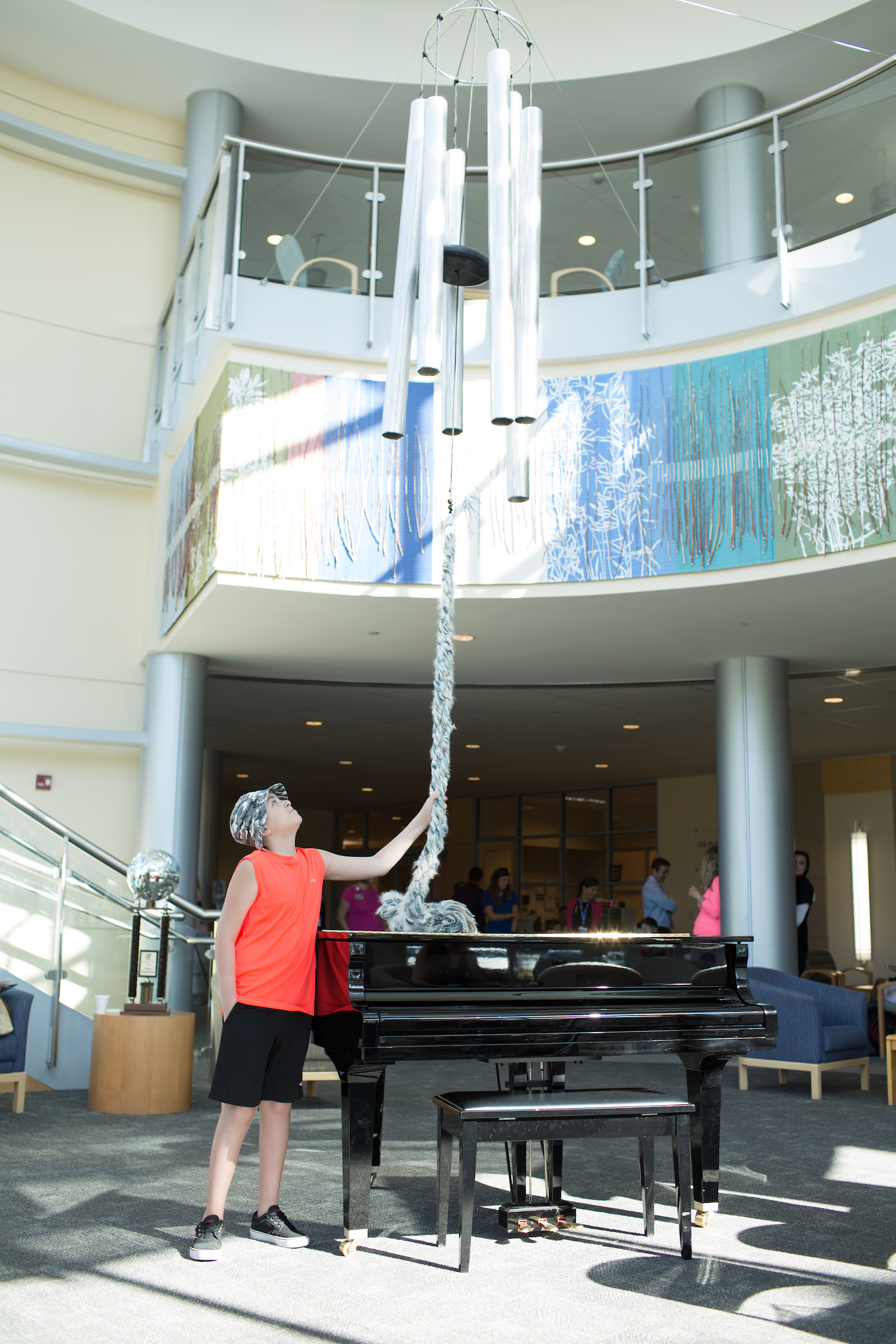 “The thing about radiation is that it is a nonspecific treatment, so it damages normal tissue just like it damages cancer cells,” said Nancy Mendenhall, M.D., FASTRO, medical director of the UF Health Proton Therapy Institute in Jacksonville. “Proton therapy has a better dose distribution so there is less opportunity for injury.”

Proton therapy uses high-energy protons rather than X-rays to destroy cancer cells. A machine is used to speed up the protons and painlessly deliver them through the skin and into the tumor.

Additionally, high doses of traditional radiation, or X-rays, in some cases can lead to the development of a different type of cancer in the treated area. Proton therapy can reduce that risk by directly targeting only the areas of the body that are affected by cancer. For example, when a sarcoma is located in the abdomen, proton therapy may be used to save kidneys from the effects of radiation.

Proton therapy also has other advantages for treating sarcoma, especially when the cancer is located on or close to bones. For example, radiation and surgery can increase the risk of a bone fracture, while proton therapy reduces the amount of radiation to bone and helps reduce the possibility of a fracture. According to the National Association for Proton Therapy, multiple studies have shown that patients receiving proton therapy also have better survival rates when compared to other radiation treatment.

“Proton radiation technology provides a very valuable tool to help deliver the best cancer outcomes possible, while reducing the risks of radiotherapy-related side effects,” said Rutenberg. “The UF Health Proton Therapy Institute has the broadest range of proton therapy delivery techniques of any other center in the U.S. or abroad.

“However, the value of the technology is also determined by the clinical experience and expertise in treating this rare malignancy,’’ he said. “UF has one of the most active proton programs for adult and pediatric bone and soft tissue sarcoma in the world.”

The UF Health Proton Therapy Institute was the fourth proton center in the United States. Since opening in 2006, the institute has treated more than 8,000 patients from 33 countries. Annually, the institute treats an average of 100 pediatric and adult sarcoma patients using proton therapy.

Much of the data describing the role of proton therapy in both children and adult sarcoma has come from the UF Health Proton Therapy Institute, said Rutenberg. Clinical research from the institute has contributed to the acceptance and growing demand in the United States and the world for proton radiotherapy.

Casey Jackson was born and raised in Avon Park, Florida. She is a senior in the University of Florida College of Journalism & Communications. She is majoring in public relations... END_OF_DOCUMENT_TOKEN_TO_BE_REPLACED