Intermittent fasting is emerging as a method that can help some overweight people lose fat and improve blood glucose, blood pressure and other biological factors. For older adults looking to slim down, stay mentally sharp and maintain independence, the extensive benefits of the method might be especially crucial. 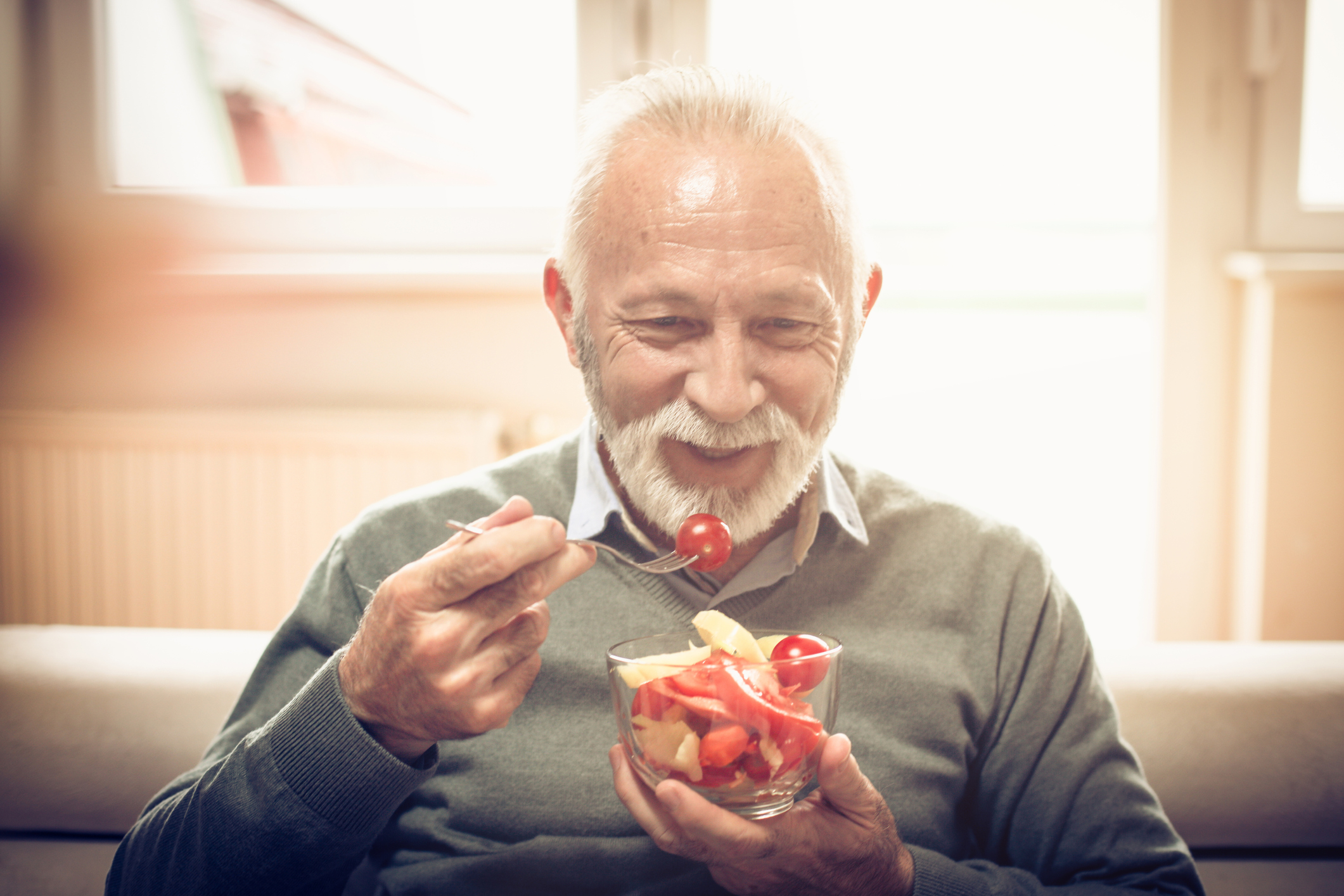 It has been shown that lifestyle interventions, traditionally involving calorie restriction with exercise, can target the fundamental biology of human aging, potentially delaying or even preventing the onset of conditions associated with aging, said Steve Anton, PhD, a researcher in the University of Florida Institute on Aging.

Intermittent fasting, relies on repeated, extended periods of fasting to shift the body’s cells from exclusively using glucose as fuel to burning ketones and fatty acids. Anton, a professor and chief of the division of clinical research in the UF College of Public Health and Health Professions, calls this “flipping the metabolic switch.”

With these improvements, Anton said, older adults may stand to benefit more than other age groups.

In addition to weight loss and reduced blood glucose and blood pressure, other potential benefits include improved cognitive function and, for some populations, lower insulin and lower cholesterol.

Overall, Anton noted, intermittent fasting “has potential to benefit the body from head to toe in a manner similar to exercise, because it has such broad, systemic effects.”

“The unprecedented growth of the aging population has … created an urgent need for interventions that can preserve older adults’ capacity to live independently and to function well.”

Time-restricted eating, or TRE, generally allows a six- to 10-hour window for consuming food daily, with 14 to 18 hours reserved for fasting. In 5:2 intermittent fasting, one usually eats five days a week and picks two nonconsecutive days for fasting. There were few studies to examine, and all were limited to 26 weeks or less.

The Experimental Gerontology paper revealed that existing literature on the 5:2 routine showed “clinically meaningful” weight losses, meaning individuals lost 5% or more of their initial weight. The TRE literature was split 50/50: Two of the four studies reviewed found significant weight loss, though the magnitude of weight loss was less than in the 5:2 routine. There were no conclusions for changes in other metabolic measures.

In the TRE studies, mild-to-moderate side effects — such as diarrhea, dizziness, vomiting and headaches — were reported by a small number of subjects. Anton said people may experience such side effects the first few weeks while the body adjusts to “flipping the metabolic switch.” There were no serious negative effects reported.

Two of the three 5:2 studies found some patients with Type 2 diabetes experienced hypoglycemia, likely because of the combined effects of fasting and diabetic medications. Constipation and headaches were also concerns.

The paper noted, “The unprecedented growth of the aging population has … created an urgent need for interventions that can preserve older adults’ capacity to live independently and to function well.”

But Anton said he believes that larger intermittent fasting studies with longer durations will help to further elucidate the benefits and safety concerns and allow geriatricians to better understand how certain health conditions common to seniors — such as diabetes, muscle wasting and osteoporosis — may interact with intermittent fasting. Understanding rates of long-term compliance is also important.

For now, Anton said geriatricians who want to prescribe intermittent fasting for weight control “should carefully monitor patients when they’re first adapting or modifying their lifestyle.”

“Ideally, have a nutritionist involved, and keep close track of how they're adapting,” he said. “Usually, the symptoms are most likely to be prevalent in the first (few weeks), until the body has adapted.”