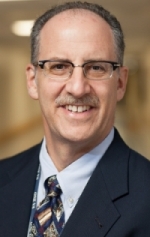 Equipping hospital beds with alarms does not decrease patient falls and related injuries, according to University of Florida researchers and colleagues. The findings, published today (Nov. 20) in the Annals of Internal Medicine, cast doubt on the merits of the widely touted alarms as a patient safety tool.

“The idea that hospitals can magically eliminate the problem of falls by investing a lot of money and effort into bed alarms is not well-founded,” said lead researcher Ron Shorr, M.D., a professor of epidemiology in the UF College of Public Health and Health Professions and College of Medicine and director of the Geriatric Research, Education and Clinical Center at the Malcom Randall Veterans Affairs Medical Center. “Does that mean bed alarms should never be used in hospitals? No — I think that alarms may have a use within the context of a well-developed fall prevention program.”

Funded by the National Institute of Health’s National Institute on Aging, the study adds to the sparse data that exist on the effectiveness of alarms in fall prevention in hospitals, and could help inform the design and application of fall-reduction strategies.

About one-quarter of falls among hospitalized patients result in injury, according to an analysis in the journal Clinics in Geriatric Medicine. Older adults are particularly at risk. Accidental falls lead to complications in 2 percent of hospital stays, according to various studies, including from the Agency for Healthcare Research and Quality. And falls extend hospital stays and raise treatment costs by more than $4,000 per patient, on average, according to an analysis in the American Journal of Medicine. In 2008, the Centers for Medicare and Medicaid Services stopped paying hospitals for excess costs incurred for treating injuries related to inpatient falls.

Bed alarms are thought to be useful in heading off falls by alerting staff when patients are attempting to move about unaided. And researchers acknowledge that some nurses point to alarms as a valuable tool based on their particular experiences.

Use of alarms also could potentially reduce the use of physical restraints, which have been shown to increase medical complications and, in some cases, actually raise the risk of falls and related injury. But despite widespread bed alarm use, a 2010 Cochrane Database of Systematic Reviews analysis found little evidence justifying the practice.

“The question is, if you’re the chief nurse in a hospital, are you wasting your time buying these alarms for your units?” said David Oliver, M.D., M.Sc., an internationally noted geriatrics expert who is the national clinical director for Older People’s Services in England’s Department of Health. Oliver was not involved in the study.

To help answer that question, UF’s Shorr and colleagues at the University of Tennessee and Vanderbilt University conducted a clinical study of almost 28,000 patients at Tennessee’s Methodist Healthcare University Hospital. The 18-month study involved 349 patient beds in 16 general-medical, surgical and specialty units.

Units were randomly assigned to use commercial bed alarms or not. The alarm, made of weight sensors embedded into a flexible pad, could be placed on a bed, chair or toilet. When the patient’s body broke contact with the sensor, a noise alerted the nurse. Patients did not know in advance whether they would be in units where alarm use was promoted, and neither did study personnel who assessed patient outcomes.

In one group, nurses were given educational materials and trained to use the bed alarms. Technical support providers also promoted use of the alarms and helped with setup and troubleshooting. In the second group, bed alarms were made available, but their use was not formally promoted or supported.

Among nursing units where bed alarm use was encouraged, the use of alarms was almost 36 times higher than among other units. But the increased usage did not translate into a decrease in the overall rate or number of falls, fall-related injuries or physical restraints used.

“That says to me that if we are relying on only one intervention to prevent falls, it’s very unlikely to be successful,” said co-author Lorraine Mion, Ph.D., R.N., the Independence Foundation professor of nursing at Vanderbilt University School of Nursing. “We’re not saying don’t ever use bed alarms — we’re saying that if you think this intervention in and of itself is going to take care of the problem, then you’re sadly mistaken.”

Not counting alarms, both sets of hospital units in the study had various fall-prevention techniques in place. So because the study did not strictly contrast alarm use with the absence of any fall-prevention strategy, the results must be interpreted cautiously, the researchers said. Also, studies in which individual patients rather than hospital units are randomly assigned to alarm use might help clarify the role of alarms.

“I don’t think from the paper you could say definitively that alarms don’t prevent falls,” said Oliver, also a visiting professor of medicine for older people at City University, London. “The question has not been settled. There needs to be more research. You can see the jury is very much out on the use of alarms.”

Science writer for University of Florida’s College of Medicine. Before joining UF in 2008, Czerne was the health and science writer at The State newspaper in Columbia, South Carolina. In... END_OF_DOCUMENT_TOKEN_TO_BE_REPLACED