The best way to prevent the spread of COVID-19 is to get vaccinated. You can get a vaccine in many places in your community. Find a walk-up location or schedule an appointment today. END_OF_DOCUMENT_TOKEN_TO_BE_REPLACED 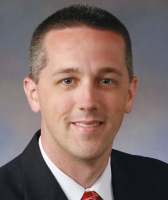 UF&Shands, the University of Florida’s Academic Health Center, is one of 12 institutions nationwide initially approved to implant a new device for treatment of peripheral artery disease.

The Zilver PTX Drug-Eluting Vascular Stent is drug-coated and designed to help an artery in the upper leg called the superficial femoral artery stay open and unblocked from plaque, which can cause severe narrowing of the artery in peripheral artery disease. The U.S. Food and Drug Administration approved the device in November for use in patients with the disease, and the manufacturer selected Shands at UF, which was involved in clinical trials of the stent, to receive some of the first stents manufactured for public use. UF vascular surgeons implanted UF&Shands’ first non-trial Zilver PTX stent in February.

Stents, tubes of flexible metal mesh, have long been a popular option in treating peripheral artery disease, which affects an estimated 8 million people in the U.S., according to the American Heart Association. Re-narrowing of the artery, a problem called restenosis, is common.

“For all stents, in all lower-extremity interventions, restenosis is a significant problem,” said Robert Feezor, M.D., an assistant professor in the UF College of Medicine’s division of vascular surgery and endovascular therapy. “It’s the thing that everyone’s trying to fight.”

Feezor said the Zilver device will likely be his stent of choice now for patients with peripheral artery disease, though he still prefers to treat it through balloon angioplasty. This procedure involves inserting a balloon into the artery via a catheter, then repeatedly inflating and deflating the balloon to flatten plaque buildup and reopen the narrowed artery. By using imaging equipment to monitor the procedure as it takes place, a doctor can see right away whether an angioplasty is effective. When it’s not, Feezor said he immediately inserts a stent to enlarge the artery opening more.

Patients whose arteries re-narrow after receiving a stent experience leg pain and other symptoms of peripheral artery disease again, sometimes to a worse degree than before the procedure. Some people have higher chances of restenosis than others.

Clinical trials showed patients with an implanted Zilver stent were less likely to experience artery re-narrowing than patients with a regular, non-coated stent. UF&Shands continues to participate in trials testing further uses of the device.

Feezor said it’s not fully understood how Paclitaxel, the drug that coats the stent, helps to prevent restenosis. Paclitaxel is commonly used in fighting cancer, but he said doctors suspect it may serve in this application to decrease thickening of an artery’s innermost layer of cells that can cause re-narrowing. This phenomenon often occurs when a blood vessel sustains what it perceives to be an injury, such as the insertion of a stent.

Stents coated with a similar drug are used for the same purpose in the coronary arteries, which are closer to the heart, and have proved to be generally effective.

Before joining the HSC News and Communications staff, Laura worked as a reporter for the Palm Beach Post in West Palm Beach, Florida, writing crime and general news stories, as... END_OF_DOCUMENT_TOKEN_TO_BE_REPLACED