The best way to prevent the spread of COVID-19 is to get vaccinated. You can get a vaccine in many places in your community. Find a walk-up location or schedule an appointment today. END_OF_DOCUMENT_TOKEN_TO_BE_REPLACED

Lillian Rooks, 59 years old, awoke the morning of May 18, 2014, like any other morning. However, when she stepped into the shower at 9:30 a.m., she slipped and fell. When her daughter found her on the shower floor, her left face was drooping, she had paralysis of her left arm and left leg, and she had difficulty speaking.

Fortunately, her daughter recognized the signs of stroke and called 911. The Emergency Medical Service brought her to the UF Health Shands Emergency Department as a “stroke alert” patient. Faculty in the Department of Radiology performed a specialized computed tomography scan, called CT angiography and CT perfusion, which showed that she had a 100 percent occlusion of her right middle cerebral artery, the main brain artery to the right side of her brain. The entire right side of the brain was therefore starving for blood and oxygen.

Michael Waters, M.D., Ph.D., an associate professor of neurology and director of the UF Health Shands Comprehensive Stroke Center, immediately gave her the stroke clot-buster IV tPA (tissue plasminogen activator) at 11:36 a.m. in the E.R. When her neurologic condition did not improve after a 60-minute infusion of tPA, she was taken to the neuro-angiography suite. At 12:54 pm, neurosurgeon Brian Hoh, M.D., a professor of neurosurgery, began a procedure in which he passed a catheter under radiographic control into the affected vessel and used special techniques to remove the clot blocking her cerebral artery. Twelve minutes later, Ms. Rooks’ right middle cerebral artery was completely open and functioning again. Immediately after the procedure, she regained the strength in her left arm and left leg. She was discharged from the hospital four days later, fully recovered.

Talk about a miracle of modern medicine! This is an extraordinary story of how a potentially devastating stroke, which could have caused a lifetime of disability, was averted by a highly skilled multispecialty team working together in a facility designed specifically to treat such a condition. And Ms. Rooks did not waste any time getting back to work: on Nov. 4, she was elected a Levy County commissioner.

In recognition of the excellence of the University of Florida Health Shands Comprehensive Stroke Center, on October 30, 2014 we earned certification from The Joint Commission as a national comprehensive stroke center. We are the only stroke center with this designation in north central Florida, one of only two in the state, and one of 78 in the nation.

Stroke, also known as cerebrovascular accident or “brain attack,” is caused by a disruption in the flow of blood to part of the brain, due either to occlusion of a blood vessel (ischemic stroke) or rupture of a blood vessel (hemorrhagic stroke). The interruption in blood flow deprives the brain of nutrients and oxygen, resulting in injury to cells in the affected vascular territory of the brain. When brain cells die, the function of the body parts they control is impaired or lost.

According to the American Stroke Association, stroke is the fourth leading cause of death in the United States. Each year, about 795,000 people nationwide experience a new or recurrent stroke. Someone suffers a stroke every 40 sec and someone dies from a stroke every four minutes.

Stroke has become the No. 1 cause of serious, long-term disability in the United States: after a stroke, 20 percent of patients need help walking, and 70 percent cannot return to their previous jobs. More women than men suffer a stroke, and African Americans have twice the risk of White Americans.

Of all strokes, 87 percent are ischemic, 10 percent are associated with intracerebral hemorrhage, and 3 percent are associated with subarachnoid hemorrhage. Focal neurologic symptoms such as double vision weakness on one side, loss of sensation, and visual field defects are suggestive of ischemic stroke, while symptoms such as severe headache, seizures, alterations in consciousness, and vomiting are more likely to reflect hemorrhagic stroke. Commissioner Rooks had an ischemic stroke. It is a credit to our team that they were able to respond so quickly and effectively. Only with rapid treatment like that provided by our team is there any hope of full recovery. 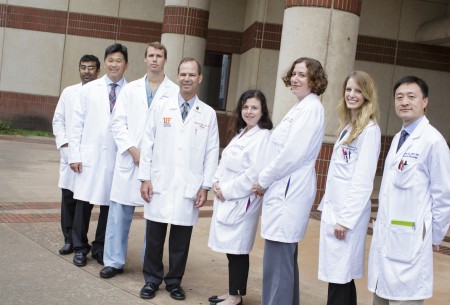 The turning point in stroke therapy (and indeed in the mindset and approach of stroke specialists and the physician community at large) occurred in 1995 with publication of the National Institutes of Health NINDS trial of intravenous thrombolysis with tPA, which demonstrated significant benefit in the treatment of acute stroke. Made by Genentech, the drug is given intravenously to dissolve the clot or clots that are keeping blood from flowing to brain tissue. It improves the chance of recovery by up to 30 percent when used correctly. But there are two major limitations – the need to begin the treatment within a limited period of time, and the risk of intracranial bleeding. The American Heart Association and American Stroke Association recommend IV tPA be given up to 4.5 hours after stroke onset.

Despite initial controversy, the NINDS trial results have now been replicated in large community-based registries across North America and Europe; thus, IV tPA now represents the minimum standard of care in the treatment of acute stroke within three hours. Strict limitations on the therapeutic time window and numerous exclusions for eligibility, however, let to a search for alternatives.

One such approach was to capitalize on the growing experience and advances in endovascular treatment of cerebrovascular disease over the past two decades, in combination with dramatic improvements in imaging studies. Beginning with treatment of brain aneurysms and arteriovenous malformations, endovascular specialists, radiologists, and device manufacturers worked together to make minimally invasive intra-arterial treatment of ischemic stroke an important option in appropriately selected patients. Such treatment heralded a new dawn in the treatment of such patients by offering focal, targeted interventions that can overcome some of the time-window and exclusionary limitations of systemic thrombolysis. Some recent trials failed to find benefit, but these have been criticized for inclusion criteria in the subject samples that were too broad, thus making interpretation of the results difficult to generalize. In cases, like that of Commissioner Rooks, with acute stroke and a clearly defined site of obstruction, it seems clear that the endovascular intervention was of tremendous benefit.

The UF Health stroke program is very active in research. Both Drs. Hoh and Waters have NIH-funded basic science laboratories investigating aspects of ischemic and hemorrhagic stroke. The multidisciplinary UF Health stroke team also participates in national and international clinical trials that directly impact the care of stroke patients. Drs. Hoh and Waters were on the steering committee and were primary authors of the SAMMPRIS trial (Stenting and Aggressive Medical Management for Preventing Recurrent Stroke), the results of which were published in The New England Journal of Medicine and The Lancet. The UF Health stroke team is currently enrolling patients in 17 clinical trials.

Our Joint Commission-designated national comprehensive stroke center is an excellent example of how UF Health brings together hundreds of individuals in multiple departments across the hospital and faculty to provide seamless integration of patient centric interdisciplinary care. It is the true collaboration of a dedicated team of physicians, nurses, therapists, lab and imaging technicians and others that create the teamwork necessary to deliver the finest care available. In turn, we train the next generation of providers so that folks who live in other communities can have access to such care, and to advance knowledge so that we can help even more people avert disability or death from stroke.

Commissioner Rooks expresses her appreciation for the care she received this way:

“I had a stroke in May and was treated at UF Health Shands Hospital. They included my family in everything that was going on in the treatment, and they were able to keep me calm. I really appreciated being able to go to UF Health and get the treatment I needed with a positive outcome. The doctors there are fantastic. I’ve seen many other people who have had strokes who are permanently impaired, so I understand how lucky I am. Thank you for saving my life.”