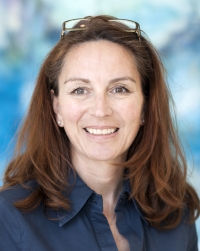 A University of Florida researcher is the first to establish that 4 months old is the age threshold for preterm babies to receive preventive treatment for a common viral respiratory infection.

Respiratory syncytial virus, or RSV, is the most common cause of lower respiratory infection in children under 1 year old, and 25 to 40 percent of those infected will go on to develop bronchiolitis or pneumonia. There is no vaccine to prevent the virus, which spreads through coughing, sneezing and direct contact with infected persons. Almost all children are infected by this common virus by age 2, and according to the Centers for Disease Control and Prevention, as many as 125,000 infants under age 1 are hospitalized in the U.S. each year during RSV season, which typically lasts from November until April.

Palivizumab, an antibody drug administered as monthly intramuscular injections, may be the only protection for babies at high risk of complications leading to hospitalization — with an effectiveness rate of about 50 percent. At a cost of $2,000 per dose, the American Academy of Pediatrics Committee on Infectious Diseases has set guidelines that define high-risk groups for preventive treatment, such as infants with lung disease or congenital heart disease. Until now, however, it lacked comprehensive data on one such group — babies born preterm.

Preterm babies catch up with their term counterparts over time, but it was unknown how long it takes for their respiratory and immune systems to reach the same defense abilities against RSV.

“Given the limited efficacy and the high cost of immunization, it is really important to direct palivizumab to infants with the weakest defense systems,” said Almut Winterstein, Ph.D., a professor of pharmaceutical outcomes and policy in the UF College of Pharmacy.

Winterstein’s research objective was to determine at exactly what age the risk of RSV-related hospitalization for moderate preterm infants, who are born between 32 and 34 weeks of pregnancy, levels off and equals that of a full-term infant with low health-risk factors.

According to her findings, which were published in December in the Journal of the American Medical Association Pediatrics, this occurs at about 4 months old.

Because moderate preterm infants make up the largest potential risk group who would be eligible for palivizumab prevention, the cut-off age to receive the drug has been highly debated.

In 2009, the AAP modified its treatment guidelines, which originally recommended that preterm babies younger than 6 months who have at least two qualifying risk factors receive either three doses of palivizumab or a monthly dose until they reach 3 months old, whichever comes first. Opponents to this change emphasized the lack of scientific evidence to support the decision.

Winterstein focused her study on Medicaid beneficiaries aged 0 to 12 months in Florida and Texas, two states with some of the highest numbers of births in the U.S. She analyzed more than 247,500 infants’ Medicaid billing and birth records to compare the RSV hospitalization risk of preterm and full-term infants.

Through analysis of these records from 1999 through 2004, she was able to establish that healthy preterm infants’ risk of infection would remain elevated only until they reached 4.2 months of age in Florida and 4.5 months of age in Texas. Because the preventive effect of palivizumab lasts for one month and then tapers off, her findings support the 2009 AAP recommendation to limit prophylaxis to the age of 3 months.

Her study was supported in part by a grant from the Florida Agency for Health Care Administration and was conducted in collaboration with the Florida Center for Medicaid and the Uninsured.

Linda Homewood, APR is the Director of News & Communications for the UF College of Pharmacy, she is also the editor of the college’s alumni magazine, GATORx. An accredited member... END_OF_DOCUMENT_TOKEN_TO_BE_REPLACED