For more information on our ongoing response to COVID-19 in Gainesville, Jacksonville and Central Florida, visit our coronavirus website. END_OF_DOCUMENT_TOKEN_TO_BE_REPLACED

Aging can cause many changes to the body, including obesity and a loss of lean mass. Now, a group of University of Florida Health researchers has discovered that an existing drug reduces body fat and appetite in older rats, which has intriguing implications for aging humans.

Rapamycin, a pharmaceutical used to coat coronary stents and prevent transplant rejection, reduces obesity and preserves lean body mass when given intermittently to older rats. The two rapamycin-related studies were published recently in the Journals of Gerontology as a joint effort of two research teams. 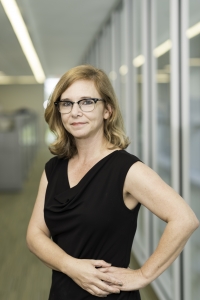 With an elderly population that is expected to reach 73 million in the United States by 2030, developing anti-obesity treatments is critical, said Christy S. Carter, Ph.D., an assistant professor in the department of aging and geriatric research in the UF College of Medicine and co-lead author of one of the studies. While the current findings are limited to rats, rapamycin has potential as a treatment for age-related obesity because it is already used to treat other conditions in people.

“We need to be able to intervene with treatments for older adults. They’re going to have health care issues, and not everyone can get up and exercise. So if you can give them a jump-start or combine rapamycin with other therapies, you could have better health outcomes,” Carter said.

Obesity among older adults has increased dramatically in the United States during the last 20 years. More than one-third of people over age 65 are obese, according to a study published in 2012 by the Centers for Disease Control and Prevention.

Carter and Drake Morgan, Ph.D., an assistant professor in the department of psychiatry, are the co-lead authors of a paper that shows rapamycin reduced food consumption and body weight. Using 25-month-old rats, which are about equivalent to 65-year-old people, researchers found that body weight dropped by 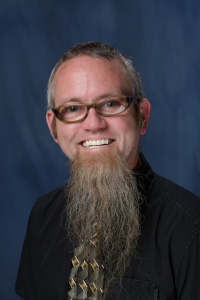 approximately 13 percent after the rats were treated with rapamycin.

The drug targets how the body makes leptin, a hormone produced by fat cells that affects hunger and metabolism. The researchers hypothesize that the reduction in eating is due to normalizing the typical age-related spike in leptin.

Rapamycin’s ability to stabilize the rats’ leptin level made them lighter, researchers found. Overall, there was a dramatic body metamorphosis: rapamycin selectively targeted the fat, allowing the animals to retain lean mass. It worked so well that the older rats ultimately developed a lean-to-fat ratio similar to that of their younger counterparts, researchers found.

“In this case, we feel like we restored the body composition to that of a young animal,” Carter said.

In the second paper, researchers found that small, intermittent amounts of rapamycin produced the desired slimming effect in both young and old rats. That team included lead authors Philip J. Scarpace, Ph.D., a professor in the department of pharmacology, and Nihal Tümer, a professor in the department of pharmacology and a pharmacologist in the geriatric center at the Malcom Randall Veterans Affairs Medical Center in Gainesville. While rapamycin works best in older, obese rats, researchers were encouraged that it also had an effect on certain younger animals.

“One point that is common is that it seems to work better in animals, old or young, that have more fat,” Scarpace said.

Getting the correct dose was crucial: Too little of the drug did not reduce obesity, but too much of it causes elevated glucose and fat levels in the blood.

Carter hit the sweet spot in the rats, picking just the right intermittent dose of rapamycin to deliver all of the benefits and none of the unwanted side effects, Scarpace said. The second paper determined that the drug works by inhibiting a signaling mechanism known as mTORC1, a protein complex that is an energy and nutrient sensor. This triggers a response in the brain that curbs eating, effectively reducing age-related fat until the older animals resemble much younger ones.

While rapamycin has yet to be tested in people, the rats were chosen carefully to resemble the aging and obesity pattern of humans, Carter said.

“We’re looking at similarities in longevity, changing body composition and declining physical function — and we’re looking at the same trajectory of age-related obesity,” she said.

Researchers remain unsure whether rapamycin is working in the brain or another part of the body. Next, Carter said she would like to study whether factors released by muscles play a role in fat metabolism.

The studies were supported by grants from the National Institutes of Health (DK091710 and P30AG028740) and the Medical Research Service of the Department of Veterans Affairs.

Doug Bennett joined the UF Health staff in January 2015 as a science writer and editor. His topic areas include anatomy; biochemistry and molecular biology; molecular genetics and microbiology; pathology,... END_OF_DOCUMENT_TOKEN_TO_BE_REPLACED