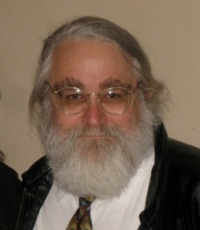 For hundreds of millions of people around the world, chewing betel nut produces a cheap, quick high but also raises the risk of addiction and oral cancer. Now, new findings by a University of Florida Health researcher reveal how the nut’s psychoactive chemical works in the brain and suggest that an addiction treatment may already exist.

The betel nut, a seed of the areca palm, is grown and used throughout India, parts of China and much of Southeast Asia, including Indonesia and most of the Pacific islands. Chewing the betel quid — a mixture of areca nut, spices and slaked lime wrapped in betel vine leaves — has been a cultural tradition in those regions for centuries. In small doses, it creates a sense of euphoria and alertness. Prolonged use can create addiction and the World Health Organization classifies the betel nut as a carcinogen.

Findings published today (Oct. 21) in the journal PLOS One show that the nut’s active ingredient, arecoline, acts on the same receptor proteins in the brain as nicotine. This raises the possibility that prescription drugs now used to break nicotine dependence could also be effective against betel nut addiction, said Roger L. Papke, Ph.D., a professor in the UF College of Medicine department of pharmacology and therapeutics.

“Without knowing why people become dependent, there was no way to help them get over the dependence. This provides a new avenue toward treating the addiction,” Papke said.

The implications of learning more about the nature of betel nut addiction are vast: One estimate puts the number of regular users at 200 million to 600 million, and betel nut is widely regarded as the world’s fourth most-used stimulant after caffeine, alcohol and tobacco.

Papke’s initial idea to study the activity of the betel nut and its active ingredient arecoline started with writing rather than science. Papke, who has authored a book about the history of firearms development, was studying a Bornean headhunter’s sword. He wondered whether its psychedelic carvings were influenced by betel nut use.

That propelled Papke into the lab, where he started studying arecoline’s effect on particular protein molecules in the brain. The molecules included the nicotinic receptors which play central roles in nicotine addiction.

To determine whether arecoline acts on the same addiction-causing receptor, Papke used ovarian cells from a frog injected with human genes so that they mimic the nicotinic receptors found in a human brain. After applying areca nut extract, the results suggested that it activated the same receptor as nicotine, and did so in a way that could affect a person’s behavior.

It also raised another intriguing question: If betel nuts and nicotine work on the same receptors in the human brain, could the drugs now used for nicotine addiction be useful for betel nut dependence? Perhaps so, Papke said.

The most effective anti-smoking drugs, varenicline, which is sold under the trade name Chantix, and cytisine, work on receptors that are responsible for creating nicotine addiction. Those same receptors appear to be involved in betel nut addiction, raising the possibility that anti-smoking drugs could help betel nut users, according to the research findings.

“This is the first time that there’s even a potential avenue for treating this dependence, which exists in probably hundreds of millions of people,” Papke said.

Next, Papke said he would like to find collaborators to do a psychological survey of betel nut users and identify people who want help quitting. He also wants the findings to get more attention among groups with international reach, such as the World Health Organization. Yet that raises a conundrum: Countries with the most betel nut users don’t have significant resources for scientific research. Nations with the money for research don’t have many betel nut users, Papke said.

“It’s not a problem that’s going to go away. We have a discovery and we need to realize the potential of the discovery to better the human condition,” he said.

The research was supported by National Institutes of Health grant GM57481.

Doug Bennett joined the UF Health staff in January 2015 as a science writer and editor. His topic areas include anatomy; biochemistry and molecular biology; molecular genetics and microbiology; pathology,... END_OF_DOCUMENT_TOKEN_TO_BE_REPLACED