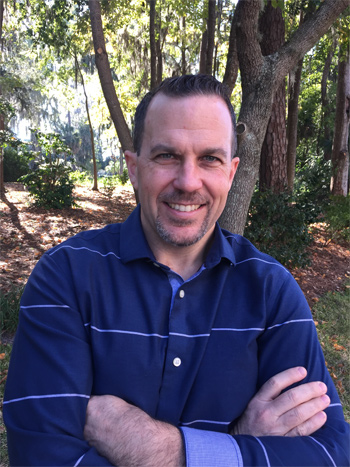 Amid an opioid epidemic in Florida, physicians and pharmacists are only making limited use of a statewide database meant to deter prescription drug abuse, University of Florida Health researchers have found. That lack of participation puts Florida at risk of not meeting a federal policy goal of doubling the number of health care providers using the state’s prescription drug monitoring program.

Just 21 percent of doctors and 57 percent of pharmacists had signed up for Florida’s Prescription Drug Monitoring Program, or PDMP, as of November 2016, according to the researchers. Some 25,000 physicians and 31,000 pharmacists in Florida must register by the end of 2017 to meet national policy goals set by President Barack Obama. The findings were published today in the Journal of Opioid Management.

More broadly, the findings reveal there are new opportunities to encourage physicians to use the database by making them aware of current and future government incentives, said Chris Delcher, Ph.D., an assistant professor in the UF College of Medicine’s department of health outcomes and policy. Unlike Florida, 27 states have mandatory database registration. In California, Tennessee and Kentucky, mandated registration resulted in triple-digit percentage increases in registration. In late September, Florida Gov. Rick Scott proposed that all health care professionals who prescribe or dispense medication must use the PDMP. The proposal will be discussed when the next legislative session begins in January.

For now, Delcher hopes that Scott declaring the opioid epidemic a public health emergency, along with better awareness of the database among physicians, will help boost its use.

“Our focus is mostly on trying to get voluntary buy-in by showing how valuable the database is from a public health perspective,” Delcher said.

The latest research was meant to determine whether more physicians and pharmacists were signing up for and using the database between 2013 and 2016, said Delcher. He and his colleagues also projected the probability of meeting federal officials’ PDMP registration goal, which is a few months away.

“We determined that Florida would not be likely to meet that objective in the absence of a statewide change in policy,” Delcher said.

Overall, pharmacists were more likely to use the database than physicians (52.2 percent compared with 30.1 percent), the researchers found. However, physicians who used the database did so more frequently than pharmacists — averaging 58.1 queries compared with 36.1. A query occurs when an individual’s controlled substance prescription history is requested electronically.

There are myriad reasons why more Florida health care providers don’t use the state database, including too little time and the database’s lack of integration with electronic health record systems. In other cases, some physicians may not use the database because they practice in a specialty where opioid pain medications are less likely to be used, Delcher said. Other doctors believe they know their patients well enough that checking for overlapping prescriptions isn’t clinically necessary.

“Some physicians presume that they know their patients’ complete prescribing history. The good news is that once they do use the database, it tends to be sustained,” Delcher said.

Although the latest research doesn’t establish a cause, pharmacists may be using the database more often than physicians because of company rules or practices. In 2013, The Walgreens Company paid $80 million to resolve federal charges this it didn’t properly control pain medication sales at some stores. That might account for more frequent PDMP use among pharmacists, Delcher said.

Physicians’ use of the database is important for several reasons, including providing a complete record of the patients’ controlled prescription drug use, said Bruce Goldberger, Ph.D., director of UF Health Forensic Medicine and a co-author of the paper.

“Utilization of the PDMP database will reduce prescription drug abuse and reduce drug overdose and death,” he said.

While database use is less than optimal, changes have been made since it was created about seven years ago. Most recently, physicians were allowed to assign a delegate, such as a nurse practitioner, to check patients’ records in the database. The state also sped up the reporting of controlled substance prescriptions to the PDMP to no more than seven days. Research has shown that these are effective programmatic enhancements.

Incentives can be one way to get more physicians joining and using the database. The Florida PDMP had a spike in new registrations in February 2016, which the researchers attributed to a plan that ties certain Medicare and Medicaid payments to physicians’ “meaningful use” of electronic health records. But getting new habits to stick can be difficult. Physician registration does not appear to immediately increase their use of the database, researchers found.

Doug Bennett joined the UF Health staff in January 2015 as a science writer and editor. His topic areas include anatomy; biochemistry and molecular biology; molecular genetics and microbiology; pathology,... END_OF_DOCUMENT_TOKEN_TO_BE_REPLACED