In patients with myotonic dystrophy and related genetic diseases, abnormally long, repetitive DNA sequences lead to a host of problems in the muscle, heart and brain. Now, a group of University of Florida Health researchers has found a way to block the transcription of those dysfunctional genetic sequences into RNA, in human cells and mouse models. 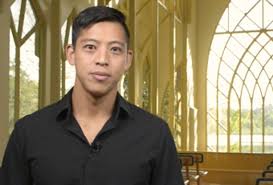 Using a deactivated bacterial enzyme, the researchers were able to reduce levels of the repeating RNA sequences that cause two types of myotonic dystrophy and amyotrophic lateral sclerosis. The enzyme, known as dCas9, works by binding directly to the repetitive sequences and halting production of toxic RNA, said Eric Wang, Ph.D., a professor in the UF College of Medicine’s department of molecular genetics and microbiology and a faculty member of the Center for NeuroGenetics. The findings are published today in the journal Molecular Cell.

Wang said the results are an early but important step in understanding how to treat myotonic dystrophy, which causes muscle weakness and wasting, profound central nervous system defects and cardiac arrhythmias. The two types of myotonic dystrophy affect more than one in 8,000 people worldwide and there are no treatments to slow the diseases’ progression, according to the National Institutes of Health.

Wang said the results have implications for other repeat expansion disorders, including Huntington’s disease, which damages neurons and causes parts of the brain to deteriorate; spinocerebellar ataxias, a group of degenerative brain disorders that lead to movement problems; and a subset of genetically inherited forms of amyotrophic lateral sclerosis and frontotemporal dementia.

While it is still unknown whether this level of reduction is sufficient to eradicate symptoms of disease in humans, Wang said it highlights a vulnerability that may exist among repeat expansion diseases. Andy Berglund, Ph.D., a professor in the UF College of Medicine’s department of biochemistry and molecular biology who was not involved in the research, describes transcribing repeat expansions as similar to climbing a mountain, while transcribing other genes is similar to walking on a flat surface. Roadblocks on the mountain are much more likely to impede transcription than those found on a flat surface.

Taken together, Wang said the findings suggest that blocking transcription of repeat expansions may be a promising approach to treating repeat expansion disorders. Wang was especially encouraged by the finding that the efficiency of blockade correlated with the length of the repetitive genetic sequence — the longer the repeat expansion, the stronger the blockade.

However, before this or similar therapies can be used in humans, Wang said other scientific and practical aspects must be addressed, including whether the enzyme can be delivered in the correct amount and at the right time. In addition, it would be important to avoid or manage possible immune responses the body may have against these molecules. Still, Wang said the findings point toward a possible path to rein in the repeating genetic sequences that lead to certain muscular and central nervous system diseases.

“These results tell us that there could be a relatively large therapeutic window for targeting transcription,” said Wang, who is also affiliated with the UF Genetics and Myology institutes.

Funding from the National Institutes of Health and a Thomas H. Maren Fellowship supported the research.

Doug Bennett joined the UF Health staff in January 2015 as a science writer and editor. His topic areas include anatomy; biochemistry and molecular biology; molecular genetics and microbiology; pathology,... END_OF_DOCUMENT_TOKEN_TO_BE_REPLACED