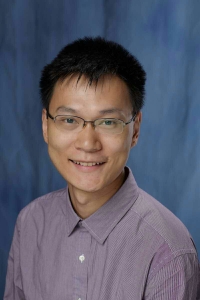 People who first became intoxicated as young teens have a greater risk of dying prematurely than those who first became drunk later in adolescence or not at all, according to a study led by University of Florida researchers. The findings appear online ahead of print in the journal Drug and Alcohol Dependence.

“Although the causes remain uncertain and future studies are warranted, findings from this study suggest that early drunkenness is a strong predictor for premature mortality and can be used to identify high-risk populations for interventions,” said Hui Hu, Ph.D., the study’s lead author and a research assistant scientist in the department of epidemiology at the UF College of Public Health and Health Professions and the UF College of Medicine, both part of UF Health.

Chronic alcohol misuse is associated with several health issues, including injuries, cardiovascular disease and cancer, as well as higher mortality rates. For the new study, researchers wanted to examine if becoming drunk at an early age might be associated with a higher risk of premature death later in life. Researchers used data collected from the National Institute of Mental Health Epidemiologic Catchment Area Survey, a large multisite study conducted in the early 1980s to understand the prevalence of adult mental health disorders. UF researchers linked those study participants to National Death Index records through 2007. Of the nearly 15,000 participants who answered questions about drinking in the original study, nearly 7,000 had died by the end of 2007.

While more research is needed to understand why people who get drunk for the first time in early adolescence may be at risk for dying prematurely, there are several possible contributing factors, Hu said.

“People with early onset of drunkenness are more likely to develop alcohol use disorder, more likely to engage in other alcohol-related health behaviors such as smoking, fighting, unplanned and unprotected sex, and more likely to have low academic performance,” he said.

The researchers were surprised to find early drunkenness was associated with premature mortality regardless of whether participants had alcohol use disorder at the time of the survey, suggesting there may be many factors at play. The UF researchers plan to explore the possible factors in future studies with the goal of informing interventions designed to decrease alcohol use among adolescents, Hu said.

The Epidemiologic Catchment Area Survey is a unique study that is still providing researchers with valuable information 37 years after it was first conducted, said Linda B. Cottler, Ph.D., M.P.H., FACE, chair of the UF department of epidemiology, the senior author of the new study and coordinator of one of the five sites of the Epidemiologic Catchment Area Survey team in the 1980s. As new longitudinal studies are developed, it is important that researchers be thoughtful in the design of the questions, she said.

“In epidemiology we design studies for life and questions that will stand the test of time,” said Cottler, PHHP’s associate dean for research and planning.

In addition to Hu and Cottler, the study team included William W. Eaton, Ph.D., of The Johns Hopkins University, and James C. Anthony, Ph.D., of Michigan State University, who have both been involved in the Epidemiologic Catchment Area Survey since the beginning of the study, and Li-Tzy Wu, D.Sc., of Duke University Medical Center. The study was supported by funding from the National Institute on Drug Abuse.

Jill Pease is the public relations director for the UF College of Public Health and Health Professions. She is responsible for developing public relations and communications strategies to promote the... END_OF_DOCUMENT_TOKEN_TO_BE_REPLACED