For more information on our ongoing response to COVID-19 in Gainesville, Jacksonville and Central Florida, visit our coronavirus website. END_OF_DOCUMENT_TOKEN_TO_BE_REPLACED

Tweet
A multifaceted effort at the University of Florida College of Veterinary Medicine to boost the school’s national reputation has earned its communications team the 2017 Communications Excellence Award from the Association of American Veterinary Medical Colleges, or AAVMC. 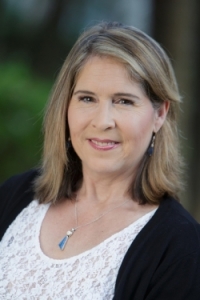 “This is such an honor, both for me personally and for the college,” said Sarah Carey, A.P.R., director of communications, who led the initiative.

The college used its 40th anniversary to kick off a new branding campaign called “Challenge Accepted.” Carey, who co-chaired the college’s 40th Anniversary Committee, worked in collaboration with UF Health, the UF Institute of Food and Agricultural Sciences and consultants on the program.

The effort aimed to boost the college’s national stature by highlighting the profession of veterinary medicine and the college’s signature programs, empowering internal stakeholders and institutional ambassadors and increasing alumni engagement.

Nearly 20 special events made up the anniversary program and through the internet, social media platforms and its flagship magazine, Florida Veterinarian, the college shared historical milestones to inform and remind stakeholders how its alumni and faculty have impacted the world through the veterinary profession.

“Coordination and integration of 2016’s multiple initiatives, all of which aligned with college strategic and communications goals, could not have taken place without Sarah’s leadership and focus,” James W. Lloyd, D.V.M., Ph.D., dean of the UF College of Veterinary Medicine, said in an AAVMC release. “By bridging UF IFAS and UF Health communications expertise and working through our strategic communications plan, we have mustered needed resources while leveraging existing ones.”

The new video, “Challenge Accepted,” proved to be the most climactic of the program. It premiered to 250 alumni, donors and faculty and has had nearly 6,000 views.

“We feel like part of the reason it was so well-received was that while it certainly promotes our college and features our people and our programs,’’Carey said, “it also tells the broader story of the veterinary medical profession as a whole.’’

“Communications excellence and institutional advancement go hand in hand,” Andrew T. Maccabe, D.V.M., J.D., M.P.H., the chief executive officer of the AAVMC, said in announcing the award. “We congratulate our colleagues at the University of Florida for earning this honor, and appreciate the role their work is playing in advancing the interests of all of us in academic veterinary medicine.”

The new communications program and branding campaign precede the installation of a fundraising campaign expected to launch in October, but they already are bearing fruit. Fundraising rose 20 percent over the fiscal year totals of 2015, and clinical service revenues from the veterinary teaching hospital rose 9.9 percent during the same period.

The AAVMC is a nonprofit organization working to protect and improve the health and welfare of animals, people and the environment around the world by advancing academic veterinary medicine. Members include 49 accredited veterinary medical colleges in the United States, Canada, the Caribbean, Europe, Australia and New Zealand.

Before joining UF Health staff in 2016, Greg served five years as the city editor for the Gainesville Sun. He has 40 years of writing and editing experience including 27... END_OF_DOCUMENT_TOKEN_TO_BE_REPLACED