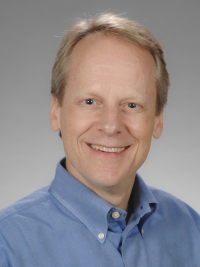 A new blood test could reveal the genetic roots of muscular dystrophy, amyotrophic lateral sclerosis and other disorders caused by the expansion of DNA repeats, potentially helping doctors diagnose their patients’ conditions sooner.

The findings by University of Florida Health researchers and their collaborators focus on the role of intervening, or generally non-protein coding, DNA sequences within a gene. In one type of inherited form of ALS and other so-called repeat expansion disorders, those DNA sequences — known as introns — accidentally get left behind during the genetic coding process.

For some of these disorders, the lingering mutant introns can be readily detected in tissue and white blood cells — creating a rapid and inexpensive way to detect repeat expansion disorders, the researchers found. Their findings were published recently in the Proceedings of the National Academy of Sciences.

The researchers tested their findings in a trio of disorders: myotonic dystrophy type 2, Fuchs endothelial corneal dystrophy and the most common (C9) familial form of ALS. ALS, also known as Lou Gehrig’s disease, is a fatal, progressive nerve cell disease that affects muscle movement. Some 30,000 people in the United States have the disease, according to the ALS Association.

“We now have a quick, affordable way of seeing intron retention that correlates with a patient having a certain type of repeat expansion disorder,” Swanson said.

While ALS and other repeat expansion disorders are presently incurable, Swanson called the new testing approach an important step in fighting repeat expansion diseases. Early detection could effectively complement therapies now being developed to “silence” a problematic gene by targeting and degrading its RNA — essentially switching off its rogue activity, he said.

This new screening approach, which was developed using myotonic dystrophy 2 as a model by Lukasz Sznajder, Ph.D., a postdoctoral fellow in the UF College of Medicine’s Center for NeuroGenetics, also has the potential to be used to detect a host of presently unidentified novel genetic expansion mutations, Swanson said.

To establish their findings, the researchers collected muscle, brain and blood samples from living and deceased patients with two forms of myotonic dystrophy, ALS and spinocerebellar ataxia type 10, a hereditary disease that affects limb movement and speech. They then tested whether a specific type of repeat expansion mutation selectively induced intron retention. Ultimately, the presence of lingering introns is a clear biological marker for certain genetic repeat expansion disorders, they found.

“This provides an experimental window to assess whether someone has intron retention in a particular gene that is known to cause disease or could cause disease,” Swanson said.

Among the other potential advantages to this new approach: Patients could be diagnosed relatively early if they have a family history or show initial signs of a repeat expansion disease.

Next, Swanson said he wants to do further research using intron retention to search for other repeat expansion diseases that have yet to be identified.

The National Institutes of Health, Target ALS, the Muscular Dystrophy Association and the Myotonic Dystrophy and Wyck foundations provided funding for the research. Researchers at the University of Rochester, Houston Methodist Hospital and Adam Mickiewicz University in Poland collaborated on the work.

About the researcher: Maurice Swanson, Ph.D., is the associate director of the UF Center for NeuroGenetics, a professor in the UF College of Medicine’s department of molecular genetics and microbiology and a faculty member of the UF Genetics Institute.

Doug Bennett joined the UF Health staff in January 2015 as a science writer and editor. His topic areas include anatomy; biochemistry and molecular biology; molecular genetics and microbiology; pathology,... END_OF_DOCUMENT_TOKEN_TO_BE_REPLACED