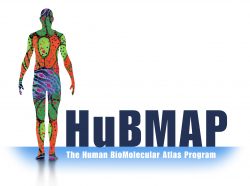 University of Florida Health is one of five institutions nationwide selected by the National Institutes of Health to help create a groundbreaking 3D cellular map of large portions of the human body that may one day transform understanding of diseases, the NIH announced today.

UF Health officials describe this effort as similar in ambition to the Human Genome Project, an international collaboration that catalogued all human DNA and led to the discovery of more than 1,800 disease-associated genes.

The NIH has awarded a multidisciplinary team at UF Health a $5.1 million, nearly four-year grant as part of the Human BioMolecular Atlas Program, or HuBMAP. Using advanced microscopy, UF Health researchers will map key components of the lymphatic system, which includes the lymph nodes, spleen and thymus. The lymphatic system is a critical part of the immune system that helps ward off infection and disease.

“The goals of this program are quite lofty, like those of sequencing the human genome, but far more complex because it’s not just DNA,” said Mark Atkinson, Ph.D., director of the UF Diabetes Institute and a principal investigator on the UF Health HuBMAP team. “We will seek to understand how genes influence cells, cells influence tissues and how those organ systems work together. It’s exploring the new world of the human body. That’s exciting. This is absolutely at the crux of our understanding of life and biology and I think it will form a framework for medicine moving forward.”

UF Health and other institutions tackling different organs or tissue systems will map normal tissue from deceased donors, from the very young to the elderly.

“Knowing the normal baseline of the individual cells as they reside in that tissue will be very, very helpful in terms of understanding how that is altered in any disease,” said Harry Nick, Ph.D., a professor in the UF College of Medicine’s department of neuroscience and a principal HuBMAP investigator.

The project’s aim, Nick added, is “to target an understanding of the cells in each tissue of the human body and how those cells function, what proteins they make and how they fit in a 3-D manner in each respective tissue.”

UF Health researchers decided to map the lymphatic system because it is central to health, and the project may eventually lead to insights in the battle against 80 autoimmune diseases, from Type 1 diabetes to lupus and some cancers.

"The impetus for this is that most of the data that exists now is from rodent organs,” said Nick. “And because the spleen, the thymus and lymph nodes are not transplantable, there hasn’t been a lot out there on what the 3D structure of these organs looks like. The assumption is that they’re very similar to our animal models. But we know, especially in the spleen, that is not completely the case."

The UF Diabetes Institute already operates a biobank of pancreatic tissue, the Network for Pancreatic Organ Donors with Diabetes, or nPOD. UF Health’s history of successfully operating nPOD played a key role in its successful bid to participate in HuBMAP, Nick said.

With nPOD, UF Health has developed the critical infrastructure necessary to procure human tissue and work with donor organizations around the nation, he said. “Dr. Atkinson’s reputation of bringing people together all over the world to study Type 1 diabetes … was a major strength, combined with the groundbreaking methodology of Dr. Bernd Bodenmiller,” Nick said.

UF Health’s HuBMAP team is working in collaboration with Bodenmiller, Ph.D., a professor at the University of Zurich in Switzerland.

The challenges facing the consortium are going to be daunting, said Atkinson, who noted, “It’s almost science fiction in terms of the goals.”

Consider this. Scientists in an unrelated project recently created a 3D map of a fruit fly’s brain, which is the size of a poppy seed. That effort took 7,000 slices of the brain to produce 21 million images.

Multiply that by the size of human tissue systems.

“If a fly brain takes more than 20 million images, and we have been tasked to perform a somewhat similar effort on a large part of the body, it’s going to be challenging,” said Atkinson, the American Diabetes Association eminent scholar for diabetes research in the UF College of Medicine. “But the genome project was a similar daunting effort in terms of technologies available when it started, yet they succeeded. So the pressure’s on us. I believe it will work in the end.”

Atkinson said the team was not yet sure how many images would be required to map the lymphatic system, but they will be participating with other HuBMAP centers over the coming months to gather estimates.

Bill Levesque joined the UF Health staff in May 2017 as a science writer covering the Institute on Aging and research of faculty physicians in the College of Medicine. He... END_OF_DOCUMENT_TOKEN_TO_BE_REPLACED