UF Health to resume elective surgeries, procedures on Monday, May 4. For more information on our ongoing response to COVID-19 in Gainesville, Jacksonville and Central Florida, visit our coronavirus website. END_OF_DOCUMENT_TOKEN_TO_BE_REPLACED

Professor emeritus of food animal medicine at UF passes away 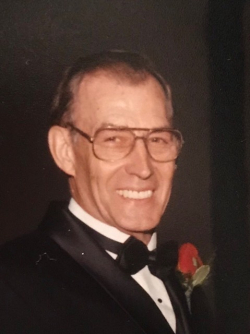 Kenneth Braun, D.V.M., a professor emeritus, bovine specialist and former administrator at the University of Florida College of Veterinary Medicine, died May 17 after a long battle with leukemia and Parkinson’s disease.

Braun was one of the college’s first faculty members. He came to UF in 1978, under the leadership of the founding dean, Charlie Cornelius, D.V.M., when the college’s teaching hospital was still under construction. Previously, he had served on the faculty at Cornell University’s College of Veterinary Medicine for 13 years.

He first served as chief of what was then known as UF’s rural animal medicine service — now the food animal reproduction and medicine service — and in 1984, he was named chair of the former department of preventive medicine. In 1988, after a departmental reorganization, he was named chair of the department of large animal sciences and chief of staff of the Large Animal Teaching Hospital. He returned to teaching and clinical service in 1994, and continued on the faculty in this capacity until his retirement in 2001.

While at UF, Braun developed a field service clinical rotation to teach students about health care delivery for cattle, sheep, goats and swine. His teaching interests focused on physical diagnosis and preventive medicine programs for dairy cattle. His research interests involved diseases of dairy calves and the applied use of dairy records systems.

“As a fellow founding father, you established a sound dairy herd health program in the state of Florida,” Drost wrote to Braun after his colleague retired. “When you arrived, dairymen claimed that they could not raise dairy calves in Florida; they just imported springing heifers from up North. You showed them differently.”

Braun received the American Association of Bovine Practitioners’ Award for Excellence and Merit for his contributions to continuing education for bovine practitioners and to the bovine industry.

A New Jersey native, Braun was a star athlete at North Hunterdon High School in Hunterdon County, where he played both football and basketball, making the All-County team.

“He was tall, agile, and powerful … and gave pause to outsiders who were wont to think of the Lions as just a bunch of farmers who probably knew little about sports,” according to an article profiling Braun’s accomplishments at his high school alma mater.

After high school, Braun owned a dairy farm and also played semi-professional football for the Newark Bears. After a football injury derailed his athletic career, Braun decided to pursue his education at Cornell University, where he received his bachelor’s and D.V.M. degrees. During his time on the faculty at Cornell’s College of Veterinary Medicine, Braun took a year of sabbatical leave to complete a master’s degree in comparative medicine from the University of California, Davis.

A celebration of his life will be held in Gainesville on June 7. In lieu of flowers, the family has requested that contributions be made to the Parkinson’s Foundation, 8830 Cameron Street #201, Silver Spring, Maryland, 20910; the Leukemia and Lymphoma Society, P.O. Box 98018, Washington, D.C., 20090-8018; or to the Drost Project at visgar.vetmed.ufl.edu.

Sarah Carey, M.A., A.P.R., is director of public relations at the University of Florida College of Veterinary Medicine, a job she has held since 1990. Formerly, she was editor of... END_OF_DOCUMENT_TOKEN_TO_BE_REPLACED