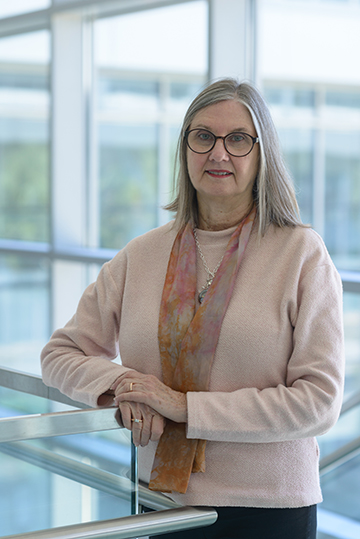 The University of Florida is joining a consortium of more than 100 organizations across the United States brought together by the National Academy of Medicine that have declared a commitment to reversing the nation’s opioid crisis.

The academy announced Tuesday in Washington the names of the groups that have joined its Action Collaborative on Countering the U.S. Opioid Epidemic.

“Many of us in medicine see the pain and the awful consequences of the nation’s opioid crisis every day, in lives lost, in families devastated and in communities that feel helpless to stem the tide,” said David R. Nelson, M.D., senior vice president for health affairs at UF and president of UF Health.

“This is a crisis that demands that all the players, from academia to industry to government, work together,” he said. “And the National Academy of Medicine’s efforts to gather us in this important collaboration is a critical step. We at the University of Florida and UF Health are eager to participate and lend our expertise to such a worthy endeavor.”

Founded by the academy in 2018 with the Aspen Institute, the Action Collaborative is a public-private collaboration committed to “developing, curating and disseminating multisector solutions” designed to reduce opioid misuse and improve outcomes for individuals, families and communities.

The number of opioid-related deaths, from both prescription opioids and illegal drugs including heroin and fentanyl, quadrupled in the U.S. in the last 20 years, according to the National Academy of Medicine, or NAM. Federal figures show the epidemic claims 130 lives every day. And its economic toll surpassed $1 trillion from 2001 to 2017, with an additional $500 billion projected by 2020, estimates show.

“Reversing the opioid epidemic requires a multisectoral response — no organization, agency or sector can solve this problem on their own,” he added. “NAM is privileged to lead this Action Collaborative, which will work to develop collective solutions and advance those with the most potential to reverse or stem the crisis. We are thrilled to see such a robust commitment from organizations across the country in joining with us to be part of the solution.”

Linda Cottler, Ph.D., M.P.H., an epidemiology professor and associate dean for research in the UF College of Public Health and Health Professions who has conducted substantial research on substance abuse, said up to 50 UF researchers are already working on various aspects of addiction.

“We can do so much more together than separately given the talent right here at the University of Florida,” said Cottler, who is UF’s institutional facilitator for the Action Collaborative. Additionally, she noted that Florida has the second-highest number of opioid deaths in the nation at 3,245 in 2018. She said the state was surpassed only by Ohio in total deaths.

About the National Academy of Medicine

Bill Levesque joined the UF Health staff in May 2017 as a science writer covering the Institute on Aging and research of faculty physicians in the College of Medicine. He... END_OF_DOCUMENT_TOKEN_TO_BE_REPLACED