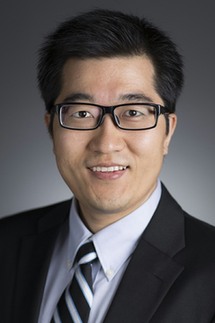 Smoking rates are down nationally, but so are discussions among physicians and smokers about lung cancer screening, University of Florida researchers have found. However, the study also found these patient-physician conversations did not affect current smokers’ intent or attempts to quit.

Lung cancer is the leading cause of cancer-related death in the United States. For active smokers, lung cancer screening can reduce cancer-related mortality by 20 percent. But the study found screening may have no benefits for individuals who do not smoke frequently or are younger than 55 years old, the recommended age to start yearly screenings.

The researchers expected to find that if patients who smoke engage in a discussion about lung cancer screening with their physicians, they will be more motivated to quit. However, the study showed physician-patient discussions were not associated with any changes in smokers’ behavior.

“These results are surprising because we actually want to see an increase in this discussion among smokers who have a high risk of lung cancer, and for this discussion to modify patients’ smoking behavior,” said Jinhai “Stephen” Huo, Ph.D., M.D., Ms.PH., an assistant professor at the UF College of Public Health and Health Professions’ department of health services research, management and policy and the study’s principal investigator.

Patients who are at a high risk of developing lung cancer have a history of heavy smoking, either currently smoke or have quit within the past 15 years, and are between the age 55 and 77 years old. All others are considered low risk and are not eligible for lung cancer screening.

Patient-physician discussions are an opportunity to persuade current smokers to modify or abandon their smoking habits, said Huo. Study data, however, showed that receiving a lung cancer screening did not significantly impact the desire to quit smoking, also called smoking cessation. This suggests that a simple discussion or being screened may not build lasting motivation for current smokers to quit or modify their smoking habits.

Huo and his colleagues also found significant variation exists in the rate of discussion about lung cancer screening. For example, among current smokers, non-Hispanic blacks, Hispanics, patients covered by insurance and those diagnosed with heart or lung disease were more likely to discuss lung cancer screening with their physicians.

Screening for lung cancer is done using low-dose CT scan, in which an X-ray machine scans the body and uses low doses of radiation to make detailed pictures of the lungs. The U.S. Preventive Services Task Force only recommends yearly lung cancer screening for people who have a history of heavy smoking, smoke now or have quit within the past 15 years, and are between 55 and 80 years old. This is because lung cancer screening has risks, including exposure to radiation. It can involve invasive diagnostic procedures and may increase the risk of post-procedural complications and related costs.

“Cancer screenings are beneficial based on two clinical trials only to a subgroup of patients,” said Huo. “We recommend that patients have an in-depth discussion with their physician, going over the benefits and harms of the lung cancer screening.”

These findings show that lung cancer screenings are underused and not reaching the smokers who have high risk of lung cancer who would benefit the most from it, which could inform policymakers and practitioners on emphasizing the importance of shared decision-making among patients and their physicians, said Huo.

According to the study, the burden of lung cancer will be reduced by developing communication strategies for promoting beneficial lung cancer screenings among those who are eligible and strategies for improving the quality of these discussions.

For the study, Huo and his colleagues analyzed data from the National Cancer Institute’s Health Information National Trends Survey, or HINTS, in 2012, 2014 and 2017 — which altogether included 9,433 respondents. In 2011, the National Lung Screening Trial, the largest trial of lung cancer screening ever conducted, demonstrated that low-dose CT scans reduced lung cancer mortality by 20 percent. In 2013, the United States Preventive Services Task Force issued a recommendation for annual lung cancer screening for those who meet certain criteria. In 2015, the Centers for Medicare & Medicaid Services released a lung cancer screening Medicare policy.

Huo’s study, which was published today in the journal Cancer Epidemiology, Biomarkers & Prevention, a journal of the American Association for Cancer Research, was supported by the University of Florida Health Cancer Center Research Pilot Grant through the Florida Consortium of National Cancer Institute Centers Program at the University of Florida.