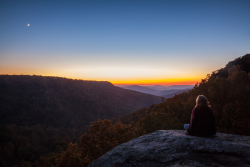 Eight days of intense meditation causes robust activation of the immune system, University of Florida researchers and their colleagues have found.

The findings are believed to be the first comprehensive genomic study of how meditation affects the biological processes directly involved in disease development. At the heart of the research is Inner Engineering practices, which are meditation and yoga programs that emphasize inner well-being. The findings were published today in the Proceedings of the National Academy of Sciences.

While the positive effects of meditation are well documented, far less is known about its molecular and genetic effects, said Vijayendran Chandran, Ph.D., an assistant professor of pediatrics and neuroscience in the UF College of Medicine.

Chandran’s interest in the molecular roots of Inner Engineering actually started with some prodding by his wife — and a dose of healthy skepticism. Just try it for 48 days, she said. He did so for about 21 minutes a day.

“I was just trying to be open-minded. I tried it and it worked really well. My clarity and focus were improved. I just felt great,” Chandran said.

That also awoke his scientific curiosity: How exactly did Inner Engineering practices benefit the body? To establish their findings, Chandran and his collaborators studied the genetic profiles of 388 samples obtained from 106 people before and after an April 2018 advanced Inner Engineering retreat at the Isha Institute of Inner-Sciences in McMinville, Tennessee. The retreat is tightly controlled: Participants remain silent for eight days, meditate more than 10 hours a day, eat vegan meals and follow a regular sleep schedule.

Blood samples from retreat participants were collected five to eight weeks in advance, then just before and after the retreat as well as three months later. The genomic analysis ultimately found several immune-related and other cellular pathways were altered after the meditation retreat. Strikingly, they found increased post-retreat activity in 220 genes directly related to the immune response. That included heightened activity in 68 genes associated with interferon signaling, a key part of the body’s anti-virus and anti-cancer responses.They also established that the enhanced immune system after the retreat is primarily due to meditation and not diet, sleep patterns or gender differences.

Chandran, whose research specialties include bioinformatics and “big data” analysis, had more than 70 million data points from the blood samples. Like a police detective following a trail of evidence, Chandran let the data be his guide.

“What we found was that multiple genes related to the immune system were activated — dramatically — when you do Inner Engineering practices,” Chandran said.

The increased gene activity among interferon-signaling genes is particularly significant, according to Chandran. Interferon proteins rally other parts of the immune system to defend against viruses and several recent studies have shown that interferon signaling is imbalanced in patients with severe COVID-19. Essentially, meditation uses a coordinated network of core genes and regulators to unleash a positive effect on the immune system, the researchers found.

"This is the first time anyone has shown that meditation can boost your interferon signaling. It demonstrates a way to voluntarily influence the immune system without pharmaceuticals,” he said.

The researchers reported that the findings also have potential implications for many immune-related conditions such as COVID-19 and multiple sclerosis. While meditation boosts activity in the 68 interferon-related genes, patients with severe COVID-19 have the opposite problem: a dearth of interferon activity that inhibits virus fighting.

When researchers compared interferon gene activity in the retreat participants and severely ill COVID-19 patients, the differences were stark. Meditation activated 97% of interferon-response genes, compared with 76% gene activation in mild COVID-19 patients and 31% in severe COVID-19 cases. They also observed the opposite trend for inflammation-signaling genes, where they saw significantly high levels of inflammatory genes in severe COVID-19 patients, compared with mildly ill patients and no change in inflammatory genes after meditation. Likewise, meditation produced beneficial gene activity comparable to conventional interferon treatments given to multiple sclerosis patients. Taken together, the findings support the idea that meditation contributes to potentially improving multiple health conditions, the researchers concluded.

While the findings are intriguing, Chandran also said the beneficial gene-activity effects need further study, including replication in a randomized clinical trial. It could also be helpful to determine if a less intense meditation regimen in the long term might produce similar beneficial immune-system effects, he said.

Research funding was provided by the UF department of pediatrics. Collaborators from the Indiana University School of Medicine, the University of Louisville and the Beth Israel Deaconess Medical Center contributed to the research.

Doug Bennett joined the UF Health staff in January 2015 as a science writer and editor. His topic areas include anatomy; biochemistry and molecular biology; molecular genetics and microbiology; pathology,... END_OF_DOCUMENT_TOKEN_TO_BE_REPLACED