For more information on our ongoing response to COVID-19 in Gainesville, Jacksonville and Central Florida, visit our coronavirus website. END_OF_DOCUMENT_TOKEN_TO_BE_REPLACED

Regulations limiting use of potent acne drug during pregnancy work most of the time, UF study finds 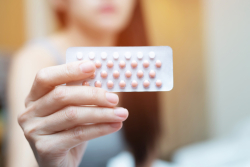 Efforts to control the use of a potent anti-acne drug among pregnant women appear to be working, a University of Florida College of Pharmacy study has found, but there is room for improvement.

Isotretinoin is commonly used by adolescents and young adults to treat more severe cases of acne. Since it was first approved by the Food and Drug Administration in 1982, the drug has been heavily regulated by the agency to prevent its use during pregnancy. Chief among the concerns is that isotretinoin causes birth defects, including severe cardiac malformations.

Those restrictions have contributed to lower rates of pregnant women using isotretinoin compared with those using other oral and topical acne treatments, according to UF researchers, who examined health care data for more than 100,000 acne treatment users between 2006 and 2015. The findings were published in the journal Drug Safety.

“Isotretinoin is one of the most controlled drugs on the market, but no one has ever looked to what degree this level of control is successful,” said Almut Winterstein, R.Ph., Ph.D., FISPE, a professor, the Robert and Barbara Crisafi Chair in Pharmaceutical Outcomes and Policy in the College of Pharmacy and director of the Center for Drug Evaluation and Safety at UF. “This is the first study that assesses the risk of becoming pregnant while taking isotretinoin compared to other acne drugs.”

The FDA maintains a rigorous safety program aimed at mitigating the risks of the medication. Women wanting to use isotretinoin must agree to use contraceptives and present a negative pregnancy test when prescribed the drug. Physicians must enter the negative pregnancy test into a computer system before a pharmacy can dispense the drug. The process must be repeated before a new prescription is filled. 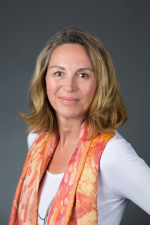 UF researchers found isotretinoin users present about a quarter of the risk to become pregnant compared with other acne treatment options like doxycycline or minocycline. Winterstein said the constraints put in place for isotretinoin work, but they don’t work perfectly, especially among teenagers.

“While pregnancy rates were generally low among teenagers regardless of the acne drug used, our study found the variations in pregnancy rates among the different acne treatments were not as pronounced,” she said. “This suggests risk-mitigation strategies in place are less effective in teenagers and physicians prescribing the drug need to emphasize reliable contraceptive use.”

The FDA requires drug manufacturers establish Risk Evaluation and Mitigation Strategies, or REMS, for certain medications with serious safety concerns. The REMS for isotretinoin is one of the most restrictive, while others may only require informational material be shared with physicians or patients.

Winterstein served as chair of the FDA’s Drug Safety and Risk Management Advisory Committee from 2012-18. In that role, she found risk-management decisions often weigh heavily on whether to approve a drug.

“There are a lot of situations where the risk benefit becomes complicated,” she said. “No drug is entirely safe and sometimes REMS are necessary to ensure that certain precautions are followed. We don’t know whether and to what degree REMS programs work or not, which is why research studies like this one are so important in evaluating the effectiveness of these federal regulations.”

The article “Real-World Fetal Exposure to Acne Treatments in the United States: A Retrospective Analysis from 2006 to 2015,” was published March 8 in the journal Drug Safety. Yasser Albogami, Ph.D., a 2020 graduate of the UF College of Pharmacy under Winterstein’s mentorship and a faculty member at King Saud University in Saudi Arabia, served as lead author of the paper.

Matt Splett is director of communications for the College of Pharmacy. He leads efforts to enhance the college’s brand image through traditional and new media initiatives and serves as executive... END_OF_DOCUMENT_TOKEN_TO_BE_REPLACED