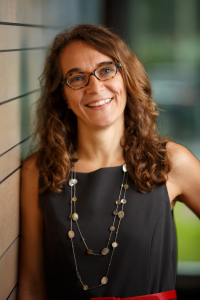 JUPITER, Fla. — The role of ribosomes in converting genetic code into protein molecules is well known. Despite that, much less is known about how ribosomes arise. More surprisingly, recent discoveries have indicated different “flavors” of ribosomes produce different proteins.

Now, researchers at Scripps Research’s Florida campus have discovered how normal ribosomes are “remodeled” into different subtypes as a response to cellular stress.

Those findings have implications for better understanding the cellular pathways and processes that lead to a genetic form of anemia and some cancers, said Katrin Karbstein, Ph.D., a professor of structural and computational biology at Scripps and lead author of a new paper published Feb. 25 in the journal Sciences Advances.

Working in yeast cells, Karbstein and postdoctoral fellow Yoon-Mo Yang, PhD, discovered how in response to certain cellular stressors ribosomes are remodeled to produce an altered set of proteins better suited to deal with the stress. They also showed how the ribosomes can be repaired once the stress subsides. When the cells were exposed to stress from high salt levels or changes in pH, ribosomes that lack a particular protein known as Rps26 arose.

The stress-induced “remodeling” gives rise to a different subtype of ribosome with different abilities, the researchers found. That ultimately produces new proteins that enable the cell to better respond to stress.

Ribosomes that lacked the Rps26 protein due to stress were also found to be repaired themselves after the stress was removed, essentially reverting to normal. Karbstein said the findings are the first to establish the active remodeling and repair of ribosomes. That has led the researchers to believe the remodeling process is a more common way to generate different ribosome populations and for ribosomes to repair damage from age or oxidative stress.

The results are also relevant to Diamond Blackfan anemia, or DBA, an inherited disorder that causes bone marrow malfunction and leads to a reduced number of red blood cells. DBA, in turn, can give rise to blood, breast, ovarian and colon cancers.

One cause of DBA? Ribosomes lacking Rps26. The new research indicates these can arise not just when cells do not make enough Rps26, as had already been known, but also because too many ribosomes are being remodeled. Thus, controlling the number and persistence of Rps26-deficient ribosomes is potentially one way to curtail DBA in humans. Karbstein and Yang concluded that the ribosomal activity they studied may be a self-regulating system that assured Rps26-deficient ribosomes do not dominate the larger ribosome population.

More broadly, the findings show how different ribosome populations can arise rapidly and then get repaired to mature ribosomes after stress.

“We have described a way to modulate the function of a ribosome in a reversible fashion, depending on the physiological state a cell finds itself in,” Karbstein said.

The paper, titled “The chaperone Tsr2 regulates Rps26 release and reincorporation from mature ribosomes to enable a reversible, ribosome-mediated response to stress,” was co-authored by Yang and Karbstein.

The Florida-based branch of Scripps Research is integrating into the research arm of the University of Florida’s academic health center following an agreement reached last year.

Funding for the research was provided by the National Institutes of Health, a Howard Hughes Medical Institute Faculty Scholar Grant and an F32 fellowship to Yang.