UF Health team receives $6.6 million to study treatments to boost cognition for those with HIV 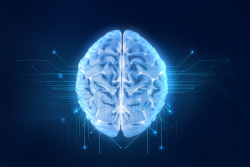 With advancements in HIV treatments, people with HIV are living longer. More than half of Americans with HIV are now over age 50.

Yet with longer lives comes an additional health concern. As people living with HIV age, about half will experience some sort of cognitive decline.

Now, with the support of a $6.6 million program project grant from the National Institute on Alcohol Abuse and Alcoholism, University of Florida researchers, along with colleagues at the University of Miami, Florida State University and the University of Louisville, will evaluate three promising interventions that may improve cognitive function in those with HIV who consume alcohol.

Alcohol use among people with HIV is common and previous studies have shown elevated risk for adverse health effects in people with HIV who consume hazardous amounts of alcohol, including higher levels of HIV virus, lower medication adherence, more rapid disease progression and cognitive impacts.

Even with contemporary antiretroviral therapy, cognitive function declines can occur earlier in people living with HIV, and can have a detrimental effect on patients’ ability to manage their disease, said Robert Cook, M.D., M.P.H., one of the project’s principal investigators and director of the Southern HIV and Alcohol Research Consortium, or SHARC.

“Cognitive function is needed for day-to-day decision-making, such as medication adherence, and to be able to engage in behavior change, including alcohol-reduction interventions,” said Cook, a professor of epidemiology and medicine in the UF College of Public Health and Health Professions and the UF College of Medicine. “Both alcohol consumption and cognitive dysfunction can influence engagement in high-risk sexual behaviors that can increase HIV viral transmission. And even mild cognitive impairments may affect quality of life.”

Scientists believe that cognitive decline in people with HIV is associated with systemic inflammation, which may be caused by the disease itself. Alcohol consumption may also contribute through effects on the gut microbiome, although the mechanisms that influence gut inflammation and brain pathways are not well understood.

“Previous research by our team and others shows connections between current and lifetime alcohol use and adverse effects on cognitive function,” said Ronald Cohen, Ph.D., one of the study’s other principal investigators and director of the Center for Cognitive Aging and Memory Clinical Translational Research. “Our neuroimaging findings show that heavy alcohol use is associated with structural and functional brain abnormalities in people living with HIV.”

The new project will include two clinical trials led by different teams of investigators. One trial, led by Robert Leeman, Ph.D., of the UF College of Health and Human Performance, and Nicole Ennis, Ph.D., of Florida State University, will focus on an intervention to help motivate people to reduce their drinking. The other trial will evaluate both a transcutaneous vagus nerve stimulator device and a probiotic intended to improve the gut microbiome. It is led by UF researchers Eric Porges, Ph.D., and Natalie Chichetto, Ph.D., along with Shirish Barve, Ph.D., of the University of Louisville. The strategies used in the trials have been designed for application in real-world settings.

The studies will incorporate common measures and time points to create a shared database of participant data that will be housed in a Data Science Core, led by UF’s Zhigang Li, Ph.D. A team of data scientists will use artificial intelligence tools to analyze a complex amount of data and create a personalized tool to help identify those people with HIV who are more likely or less likely to respond to a specific intervention.

“By the end of the project, we will have advanced our knowledge on mechanisms linking the gut to the brain, as well as data regarding efficacy and acceptability of three new interventions,” said Cohen, a professor of clinical and health psychology in the UF College of Public Health and Health Professions. “While there are numerous interventions and programs focused on ways to reduce HIV transmission, we are not likely to be able to achieve success in ending the HIV epidemic in the U.S. unless we address underlying conditions, such as alcohol use and cognitive deficits.”

Much of the clinical research will take place at the University of Miami, under the supervision of Varan Govind, Ph.D., a study co-principal investigator and an associate professor in the department of radiology. Other UF researchers involved in the study include Jesse Dallery, Ph.D.; Ruogu Fang, Ph.D.; Joseph Gullett, Ph.D.; Damon Lamb, Ph.D.; Mattia Prosperi, Ph.D.; Yan Wang, Ph.D.; John Williamson, Ph.D.; and Samuel Wu, Ph.D.

Jill Pease is the public relations director for the UF College of Public Health and Health Professions. She is responsible for developing public relations and communications strategies to promote the... END_OF_DOCUMENT_TOKEN_TO_BE_REPLACED