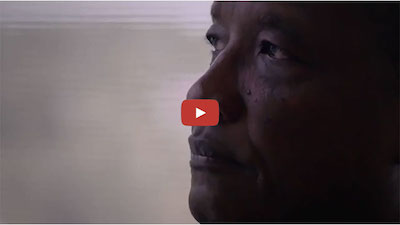 For Courtney Munroe, lightning struck twice in the form of cancer. But when Courtney was diagnosed with prostate cancer and then kidney cancer, he didn’t have to think twice about where to seek treatment. University of Florida Health physicians created a unique cancer care approach using the latest in robotic surgery leaving Courtney with an improved quality of life – cancer-free.

Many people were involved in Courtney’s care. In this photo gallery, we can take a glimpse Courtney’s active lifestyle. 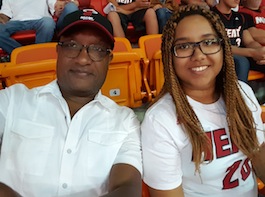 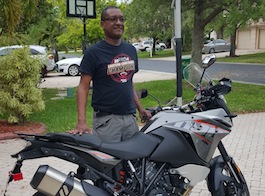 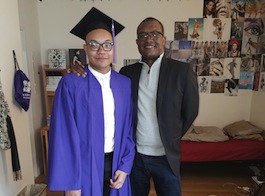 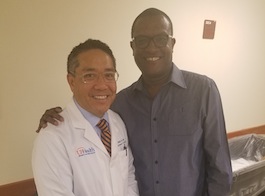 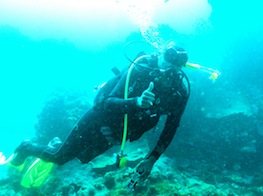 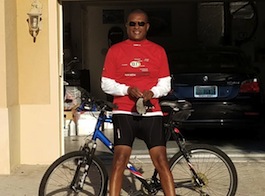 Lightning struck twice with me

In 2004, Courtney Munroe was young, healthy and active.

Munroe, who was in his early 40s at the time, wasn’t exactly someone who you would think was at risk of developing cancer. But during his routine physical exam, Munroe’s doctor recommended a check for prostate cancer.

“My doctor said, ‘You’re over 40, you’re black and the incidence for prostate cancer for black men over 40 is high,’” said Munroe, who was born in Guyana. “They did a PSA check, and it came back elevated.”

The PSA, or prostate-specific antigen, test looks for elevated levels of a protein produced by prostate because of conditions of enlargement, inflammation or cancer. Munroe’s results led to a prostate biopsy, which showed he had a moderately aggressive prostate cancer.

“The cancer was really advanced, and I was just lucky to have found it in time,” said Munroe, who is the father of three children and lives in Coral Springs, Florida. “Usually, you do have symptoms, so it’s strange that I didn’t.”

Munroe, the vice president of a global information technology firm, is familiar with researching the best solutions to problems, and found that surgery using a robotic system to remove his cancerous prostate may have fewer side effects than traditional open surgery.

Through his search, Munroe found Li-Ming Su, M.D., now the David A. Cofrin professor and chair of the UF College of Medicine’s department of urology, who was then the director of robotic urologic surgery at the Johns Hopkins Brady Urological Institute in Baltimore.

“I spoke to a few doctors before I saw him, and when I met him, he just blew me away,” Munroe said. “He was so personable. He didn’t make any promises or guarantees — he was just very confident.”

Su and Munroe decided to proceed with the robotic prostate surgery, a type of laparoscopic or “keyhole” surgery in which miniature instruments are used to delicately dissect and remove the prostate and surrounding lymph nodes without making a large abdominal incision. The surgeon, seated at a workstation a few feet away, meticulously controls the robotic instruments in real time, much like having his or her own miniature hands in the abdomen — but hands that measure only 8 millimeters.

Su’s confidence bore out. Munroe recovered quickly from his surgery, which had minimal impact on his urinary and sexual function. Munroe’s PSA tests also demonstrated that he was cured of prostate cancer. But nearly 10 years later, in 2013, an annual test showed microscopic traces of blood in Munroe’s urine.

“I did an MRI, and that’s when they found the lump on my kidney,” Munroe said.

He was soon diagnosed with kidney cancer — a rarity for someone of his age who had no family history of kidney cancer.

For the second time, Munroe sought an appointment with Su — who, by this time, had transitioned to UF Health. The two discussed Munroe’s second surgery, which was centered around a 7-centimeter tumor on Munroe’s left kidney. The tumor was larger than masses Su typically removes using robotic surgery, which measure about 4 centimeters or less. But because of the tumor’s location, Su was confident that he would be able to remove the mass and spare the healthy portions of the kidney, a procedure called robotic partial nephrectomy.

“Historically, a lot of kidney tumors were removed through a 12-inch open flank incision that can be very invasive, and can require the removal of a part of the patient’s rib to access the kidney,” Su said. “It’s a difficult surgery to recover from.”

Munroe decided to proceed with robotic surgery, and Su was able to preserve 70 percent of Munroe’s left kidney as well as his overall kidney function.

“I was back to work within two weeks, and on a plane three weeks after the surgery for a business trip,” Munroe said.

Now free from both prostate and kidney cancer, Munroe returns to UF Health only for an annual screening regimen.

“Courtney was a very intelligent patient. He was looking for a leading-edge treatment that would allow for him to achieve a cure, but also to recover and get back to his active lifestyle sooner,” Su said. “He was an incredibly motivated person, grabbing the bull by the horns and promptly addressing his two separate cancers.”

For Munroe? That meant he could get back to normal.

“Now I’m back to doing everything I did before, everything from scuba diving to driving my motorcycle to running a few times a week,” Munroe said. “I am able to live a very normal life.”