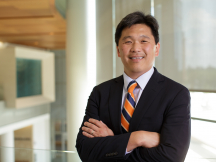 Call 911 if you or someone you know has these symptoms. 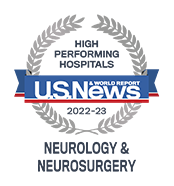 Strokes can be either ischemic or hemorrhagic. In an ischemic stroke, the blood supply to part of the brain is cut off because atherosclerosis or a blood clot has blocked a blood vessel. Blood clots can travel to the brain from another artery (artery-to-artery embolization) or they can come from the heart (cardioemblic stroke).

Ischemic strokes can be caused by a blockage anywhere along the arteries feeding the brain. The blockages can occur for a variety of reasons, including:

Strokes may also cause swelling in the brain. The pressure that results can damage brain tissue more, making neurologic problems worse, even if the stroke itself does not enlarge.

Most strokes happen suddenly, develop quickly and damage the brain within minutes. In rarer cases, a stroke may continue to worsen for several hours to a day or two as a steadily enlarging area of the brain dies (stroke in evolution). In this case, the stroke is usually (although not always) interrupted by somewhat stable periods when the area temporarily stops getting bigger or some improvement occurs.

Some of the more common symptoms of stroke include:

A doctor can frequently make a diagnosis of stroke based on a detailed history of events plus a physical examination. The diagnosis can be confirmed with diagnostic tests, including CT scanning and MRI. Newer MRI scans can demonstrate a stroke within minutes of symptoms and at times, even before symptoms start. Once the doctor is certain the patient has had an ischemic stroke, it is very important to identify the type of stroke and the underlying cause.

Treatments of ischemic strokes vary according to the underlying cause. Diagnostic testing must be individualized. Some patients will require imaging of the chambers of the heart (an echocardiogram), an ultrasound of the vessels in the neck (carotid duplex scan) or the head (transcranial Doppler) or sophisticated blood tests to look for a cause of increased tendency to form blood clots.

The consequences of a stroke depend on how severe the stroke was and what parts of the brain it affected. Many people who suffer a stroke recover all or most of their ability to function in daily life. Others are physically and mentally devastated and unable to move, speak or eat normally.

During the first few days, doctors generally cannot predict whether a patient will improve or worsen. About half of the people who have one-sided paralysis and most of those with less severe symptoms recover some function before they leave the hospital and can eventually take care of their basic needs. They may be able to think clearly and walk adequately, although their use of an affected arm or leg may be limited to some degree. Use of an arm is more often limited than use of a leg.

About 20% of the people who have a stroke die in the hospital. This proportion is higher among the elderly. Strokes that cause a loss of consciousness or that impair breathing or heart function are particularly serious. Functioning problems that continue after six months are most likely to be permanent, although some people continue to improve slowly over a long period of time. People who are younger and whose general health is better tend to recover more completely and more quickly.

Stroke symptoms require immediate medical attention. Quick action by a doctor can sometimes reduce the damage or prevent more damage. Many effects of a stroke require medical care, such as oxygen or an intravenous line to provide the patient with fluids and nourishment.

For a stroke in evolution, anticoagulants (e.g., heparin) may be given, but if the stroke is complete, these drugs are not effective.

If the stroke is caused by a blood clot, recent research suggests that paralysis and other symptoms may be prevented or reversed if clot-dissolving drugs, such as tissue plasminogen activator (tPA), are given within three hours of the stroke’s onset. An examination must be done quickly to rule out the possibility of a hemorrhage, which cannot be treated with clot-dissolving drugs.

Once a stroke is completed, some brain tissue is dead and its function cannot be restored. However, removing blockages after a small stroke or transient ischemic attack in someone whose carotid artery is more than 70% blocked may reduce the risk of future strokes.

To reduce swelling and increased pressured on the brain in people with an acute stroke, certain drugs may be given. A person with a very severe stroke may be put on a respirator because of pneumonia or to maintain adequate breathing.

While dead brain tissue cannot be restored, intensive rehabilitation can help many people learn to overcome disability by training other parts of the brain to do what the damaged part originally did. Rehabilitation usually begins quickly to keep the patient’s muscles strong, to prevent muscular contractions and pressure sores and to teach the patient to walk and talk again. Rehabilitation may continue after a patient leaves the hospital.