A Big Move for a Bigger Reason 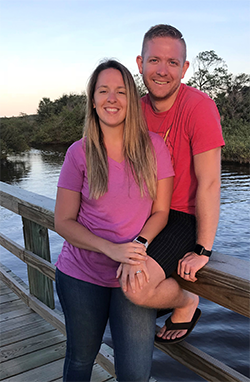 Natalie Mangum was married to her husband, Mike, for five years when he woke up one day and said, “I want to move to Florida.”

The idea of a cross-country move from their home in Utah did not excite Natalie, so the couple decided to stay closer to family and move to California. They were all set to relocate, but something didn’t feel right.

“There was this weight,” Natalie said. “We do things on a whim, but I was very anxiety-ridden.”

Knowing that a life-changing move was a one-time endeavor, Mike flew to Florida, found a home in Palm Coast and, in two weeks, the couple had moved across the country. Natalie’s weight felt like it had been lifted.

But the move to Florida meant having to find a new cardiologist for Natalie who was diagnosed at 6-months-old with VSD, a ventricular septal defect that is a hole in the wall separating the two lower chambers of the heart.

“I was told time and time again that I wouldn’t have to get my heart fixed,” said Natalie, now 28. She continued her routine EKGs and echocardiograms each year.

After the move, Natalie began feeling fatigued with odd chest pain and shortness of breath. Her cardiologist in Palm Coast believed she was going into heart failure, and Natalie was recommended to see Arwa Saidi, MB. BCh. FACC , the co-director of the adult congenital heart disease program at UF Health Shands Hospital, at one of UF Health’s congenital cardiology satellite clinics in Daytona Beach

“Going into it, it was scary for me because I had been told time and time again that my heart wouldn’t need to be fixed,” Natalie said. “So when Dr. Saidi told me it needed to, I was scared.”

Natalie traveled to UF Health Shands Hospital in Gainesville, Florida and underwent open-heart surgery with Mark Bleiweis, M.D., the director of the UF Health Congenital Heart Center and the chief of congenital cardiothoracic surgery at UF Health, on Dec. 14, 2018. A second hole in the wall that separates the top two chambers of her heart was found, as well.

Natalie made an excellent post operative recovery and was released from UF Health Shands Hospital just four days after her surgery.

“I think that something that is very helpful in someone’s care and recovery is to have positive people around them,” Natalie said. “Having a good experience at UF Health Shands helped me be able to be released from the hospital so soon.”

Even Mike, who said he typically isn’t a fan of hospitals, admitted he was blown away by their experience with the doctors and nurses who ensured that the couple’s needs were met. Natalie said her care team took their time, comforted and encouraged her with positive attitudes. 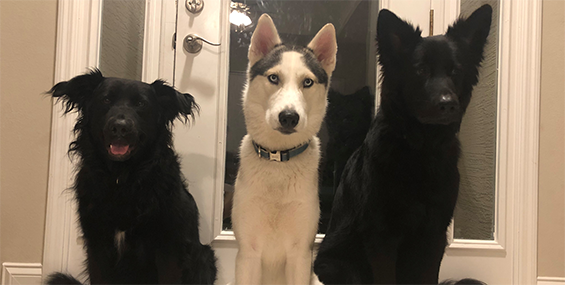 Natalie is now recovering at her home in Palm Coast with Mike and their three dogs, and she plans to return to her job as soon as she is healed.

Through her entire experience, Natalie is humbled by the way her and Mike’s choice to move to Florida played out.

“Things happen for a reason,” Natalie said. “I firmly believe that we were supposed to be here to have my experience at UF Health Shands.”

Kelly Daly is a 22 years old and in her last semester at the University of Florida. Originally from Coral Springs, Florida, she moved to Gainesville in 2015 to pursue... END_OF_DOCUMENT_TOKEN_TO_BE_REPLACED