Common Pregnancy Symptoms to Expect During Each Trimester

“Everything grows rounder and wider and weirder, and I sit here in the middle of it all and wonder who in the world you will turn out to be.” — Carrie Fisher

As Princess Leia in the “Star Wars” saga, Carrie Fisher's character experienced all the wonderment and adventure deep space had to offer. But, as the actress later discovered, travel among the stars would likely pale in comparison to the fascination and uncertainty she encountered after embarking on her journey as an expectant mother.

Pregnancy brings dramatic changes to your body. And, as Fisher noted, things get rounder and, sometimes, a bit weird. But you can take comfort in knowing that the pregnancy symptoms you’re experiencing are usually a normal part of the trek toward delivery day. 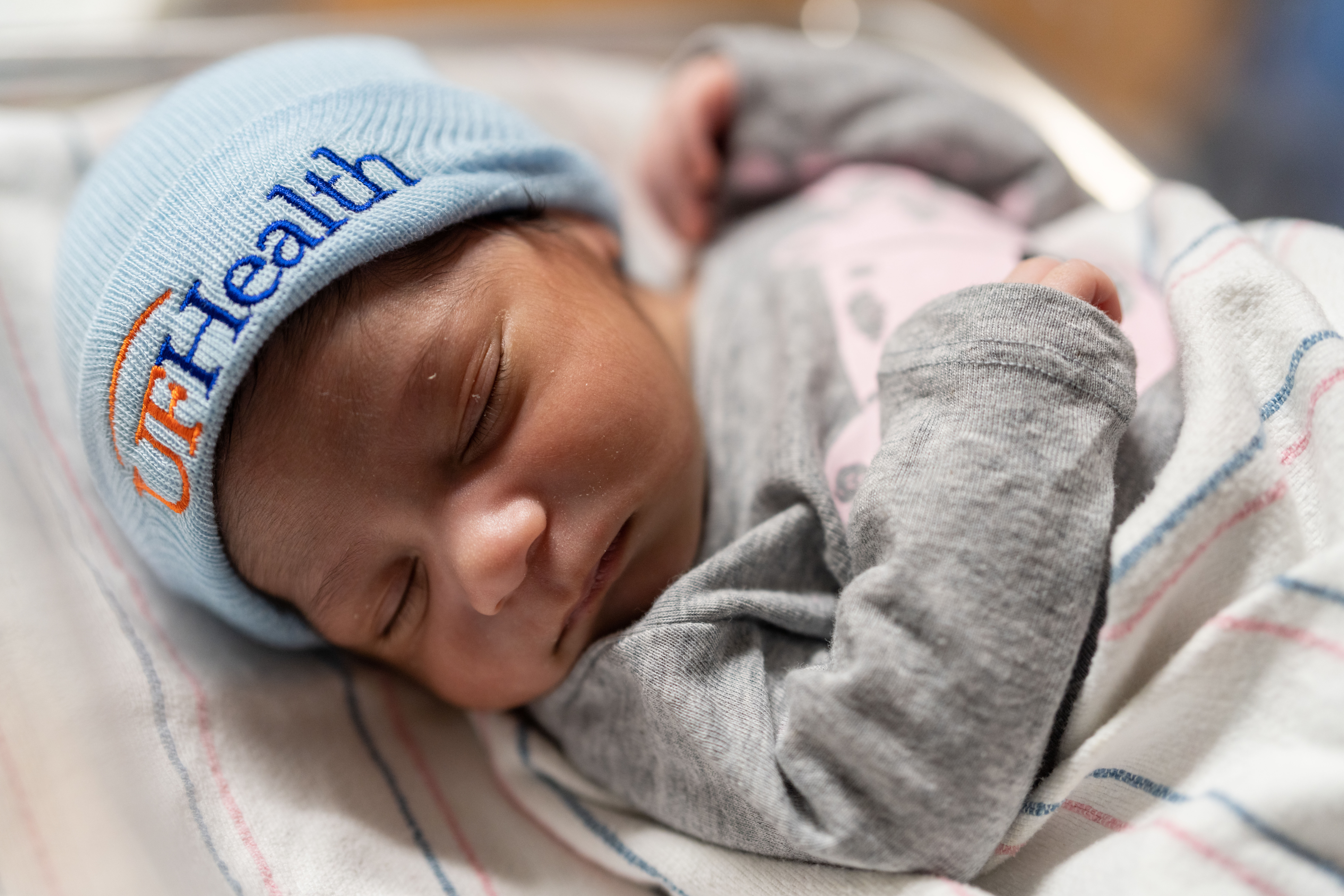 We recently sat down with Dr. Kay Roussos-Ross, a professor and chief in the University of Florida Division of Academic Specialists in General Obstetrics and Gynecology, who gave us an overview of the pregnancy symptoms women can expect during each trimester.

“Most women are interested in knowing what symptoms are commonly experienced in pregnancy, how long they might last and what they can do to alleviate them,” Roussos-Ross said. “For example, nausea is not uncommon in the first trimester of pregnancy. But for a good number of patients, it can continue into the second and third trimesters. We’re able to reassure them that this is not uncommon and help them manage discomfort.”

Whether you’ve just begun your pregnancy journey and are wondering if the nausea will ever subside or if you’re nearing your delivery day and can’t stop visiting the bathroom, this guide will help you determine what’s happening to your body and what’s coming next.

After conception, it sometimes takes time for a woman to discover she’s pregnant. Usually a missed period is an early sign of pregnancy. However, if you have an irregular menstrual period or ovulate early or late, it could be some time before pregnancy is detected from a missed period.

There are many easy-to-use home pregnancy tests on the market that can be used as early as a missed period or after the first pregnancy sign. It’s a good idea to consult a physician after a positive pregnancy test so that you can begin your prenatal care as early as possible.

“We recommend calling your OB/GYN when you discover you’re pregnant," Roussos-Ross said. “Prenatal care helps ensure the health of babies and mothers, which is why it’s important to consult your doctor during the first trimester.”

Pregnancy Symptoms During the First Trimester

Roussos-Ross told us the first trimester brings numerous changes to a pregnant woman’s body. Some of the most noticeable early pregnancy symptoms are tender and swollen breasts, enlarged and slightly darker nipples and, later, a pronounced dark line running vertically down the belly called a linea nigra, which becomes more noticeable in the second and third trimesters.

“Increased levels of progesterone are responsible for many of these changes,” Roussos-Ross said. “Progesterone also causes some of the other symptoms commonly associated with early pregnancy.”

Heartburn and nausea are two such examples. Hormonal changes in progesterone levels cause slowing of the intestines and can lead to constipation, which can start in early pregnancy and last until the third trimester.

“It’s something that people don’t necessarily like to talk about,” Roussos-Ross said. “But constipation is very common and closely related to pregnancy changes.”

Many women also start to experience food cravings and aversions during the first trimester. Pickles and ice cream may have become a cliché when talking about early pregnancy cravings, but some food combinations can suddenly seem to work together during this period. Conversely, foods that you may have enjoyed before becoming pregnant may seem off-putting as your body adapts.

To help with nausea and heartburn, Roussos-Ross recommends a number of approaches.

“Carbs,” she laughed. “Antacids can also help with heartburn. If it gets too bad, a histamine H2-receptor, like PEPCID, can be helpful.”

More tricks to beat heartburn include:

Fatigue is another common pregnancy symptom. During early pregnancy, fatigue usually lasts a few months and then subsides. As the delivery date nears, fatigue often reemerges. There are a number of ways a pregnant woman can feel more energetic during these periods. Exercise does wonders to boost energy levels. Getting a good night’s sleep or taking naps also promotes better overall well-being during pregnancy. And a well-rounded diet can really help battle fatigue.

Pregnancy Symptoms During the Second Trimester

By the second trimester, you can expect your belly and breasts to be noticeably bigger. Skin changes are also common during this period. Sometimes this takes the form of more oily skin, and acne is quite common. This is, again, due to increased hormone levels — this time the culprit being androgens.

Constipation usually continues into the second trimester and vaginal discharge is also a normal symptom.

“Many women experience vaginal discharge throughout their pregnancies,” Roussos-Ross said. "As long as it’s clear and odorless, this is nothing to be concerned about. However, if the discharge has a foul odor or if it is greenish, you should see your physician.”

During early pregnancy, increased urination is a common symptom. The urge to use the bathroom more frequently will decrease after early pregnancy when the uterus gets bigger and positions itself higher than normal in the abdominal cavity. But even in the middle stages of pregnancy, most women will experience the need to urinate more. As a result, women should increase their consumption of water throughout their pregnancy. Once delivery nears, the baby will drop further into the pelvis, creating pressure on the bladder and an increased urge to urinate.

A bladder infection may be present if you experience pain during urination or if there are odor or color changes to your urine. If this happens, you should consult your physician.

For some women, coughing or sneezing can cause them to leak urine. Some pregnant women also leak urine when they cough or sneeze. This normally resolves after birth. Kegel exercises can prevent this by making the pelvic floor muscles stronger.

Pregnancy Symptoms During the Third Trimester

It’s the home stretch. By the time you reach the final trimester of your pregnancy, you’re probably wondering how many more symptoms could be tacked onto the list.

Back pain and cramping are also common symptoms during the final trimester, which makes sense with the additional amount of weight being carried. Swelling around your ankles and feet also commonly occurs in this period. Staying hydrated can help alleviate some of the fluid retention, and keeping your feet slightly elevated overnight provides some relief.

Urination also becomes more frequent during the third trimester due to the increased pressure on the bladder. Urinary tract infections, or UTIs, can happen. If you experience pain during urination or if blood is present, you should see your doctor.

“If there is vaginal bleeding or painful contractions, you should consult your physician,” Roussos-Ross said. “Many of the symptoms mentioned earlier are common and aren’t cause for concern. But there are some, such as pain or bleeding, that might require medical care.”

Roussos-Ross also noted that, as the delivery date approaches, the mucus plug will be lost after the cervix begins to dilate.

“Many women think that losing their mucus plus means that labor is imminent,” she said. “That is an old wives’ tale. While this is sometimes the case, weeks can pass after the mucus plug is lost before labor begins.”

Labor and Delivery: How to Prepare for the Big Day

The big day has finally arrived, and, we hope, you’ve finalized your list of baby names! For most women, delivery day brings a lot of apprehension. But it is also a time of great excitement that this journey through the round and weird is nearing completion and that you’ll soon get to meet your baby.

Once you start experiencing labor contractions, packing a bag and remembering your toothbrush will not likely be top of mind. That’s why it’s good practice to prepare ahead of time and ready your overnight supplies. Our guide on what to bring to your labor and delivery offers a nice list of suggestions on where to start.

Common items you’ll want to include in your overnight bag are comfortable sleeping clothing, slippers, bras and breast pads, socks and underwear, toiletries and clothing for the ride back home.

Delivery via cesarean section requires a longer hospital stay and typically lasts two to three days compared with one to two days with a vaginal delivery. Sometimes cesarean deliveries are planned, which provides ample opportunity to ready a supply kit for your stay. Other times, long or complex labor ends up resulting in a cesarean delivery. So, it’s probably a good idea to plan for a longer hospital stay and pack accordingly, even if you’re not expecting to undergo surgery.

Don’t forget to pack for your baby! You’ll need a warm onesie, a blanket, socks and a knit cap. And before you hit the road to the hospital, make sure your baby’s car seat is installed properly.

What are the first symptoms of pregnancy?

Women experience many symptoms during early pregnancy. Early signs of pregnancy include a missed period, morning sickness, breast tenderness, mood swings and constipation. Hormonal changes are often the cause of many of these symptoms.

How will a second pregnancy be different?

Every pregnancy is different. Hormone levels can vary greatly from one pregnancy to the next, and, therefore, a common early pregnancy symptom you experience during your first pregnancy may not appear during the second.

Morning sickness isn’t experienced by all women, but it is a common symptom that often manifests during early pregnancy. Nausea can be present throughout pregnancy, but it usually lessens during the second trimester.

What is prenatal care and why is it important?

Prenatal care is the care you receive during pregnancy prior to delivery. It is important to begin prenatal care within the first trimester under the guidance of a physician to ensure a healthy pregnancy. UF Health offers information on best practices for prenatal care during each trimester: