The best way to prevent the spread of COVID-19 is to get vaccinated. You can get a vaccine in many places in your community. Find a walk-up location or schedule an appointment today. END_OF_DOCUMENT_TOKEN_TO_BE_REPLACED

She waited. She wondered. She worried.
Then, she listened carefully as he said her name. “Therese.”
Four days after having a major stroke, Michael Markowitz spoke his wife’s name.
“I was afraid he might never say it again,” she said.

On Nov. 23, 2016, Michael had a stroke while at his dentist’s office. It was his 61st birthday and although Therese had teased him about spending his birthday having his teeth cleaned, Michael went anyway.

“It’s a good thing I didn’t listen to her,” he said with a chuckle. “The staff there had just been trained on how to recognize stroke symptoms, so they knew what was happening to me and called 911.”

When the ambulance arrived, the only word Michael could muster was “Shands.” The stroke had paralyzed his right arm and leg, and he was unable to speak.

“They have a reputation for being great,” he said. “I knew I would get the care I needed there.”

Michael, the lead singer of the rock and blues band Little Mike and the Tornadoes, had suffered a major stroke on the left side of his brain, and UF Health neurosurgeon Brian Hoh, M.D., performed an emergency blood clot removal surgery called mechanical thrombectomy. But, unlike the hundreds of surgeries before, this one was different.

A chronic complete blockage in Michael’s left internal carotid artery prevented Hoh from using a typical technique. Instead, he had to enter through the right side of Michael’s brain and cross over to the left side, a rare and novel approach.

“Michael’s case is remarkable,” Hoh said. “Some cerebrovascular/endovascular neurosurgeons can go their entire careers without ever encountering something like this.”

Hoh said the large, experienced team of doctors, nurses and clinicians and the specialized equipment at UF Health Shands Comprehensive Stroke Center are what makes difficult procedures like this one possible.

Five days after his surgery, Michael walked out of the hospital fully recovered. Within a month, he was back on stage belting out song lyrics. And, within three months, Michael said he was touring with his band.

Once the new UF Health Neuromedicine Hospital opens in December, stroke patients who are admitted will move from the E.R. to the new hospital for surgery or recovery.

Built around the needs of the patient, the new hospital has been designed with safety and efficiency in mind. Patients will have streamlined access to highly specialized, comprehensive outpatient treatment options and inpatient services in one location. They will benefit from outstanding faculty physicians and clinical experts collaborating in a state-of-the-art medical facility designed to meet their unique needs, with improved efficiency and operations as well as a welcoming, accessible design.

Take a sneak peek tour or visit our website to see how the UF Health Heart & Vascular and Neuromedicine Hospitals are built around the needs of each patient. 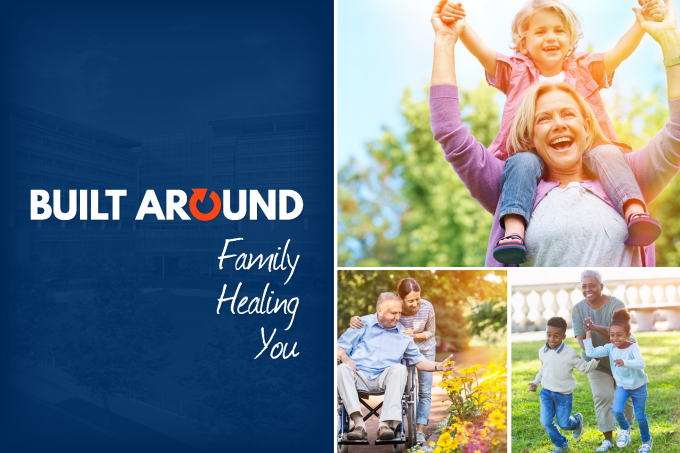 The UF Health Shands Comprehensive Stroke Center has been certified by the Joint Commission, and the American Heart Association/American Stroke Association. This certification is a testament to meeting comprehensive stroke center standards and requirements, including advanced imaging capabilities, 27/7 availability of specialized treatments and staff with unique education and competency standards. Patients who come to the UF Health Shands E.R. are seen by a large team, including stroke neurologists and, when necessary, stroke neurosurgeons.