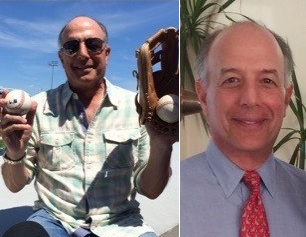 Tony Braun was at his urologist’s office one day in 2010 because of a kidney stone when the physician became alarmed. Bloodwork showed Tony’s prostate-specific antigen, or PSA, a blood test that screens for prostate abnormalities, had elevated from 1.9 to 2.7 over the course of nine years. The rise in Tony’s PSA led to his urologist recommending a prostate biopsy.

He had not experienced any symptoms of prostate cancer and he was stunned by the news. The disease is rare in men younger than 40, but the chance of having prostate cancer rises rapidly after age 50, according to the American Cancer Society. Although most clinical laboratories report a normal PSA range of 0-4.0.

Tony was 58 years old, and the Ocala resident faced an internal struggle. He didn’t know if he was ready to face the results of a prostate biopsy because he lost his father to this illness in 1996. At that time, treatment options were fewer and riskier than they are today. Tony’s personal connection with the disease led to his decision to undergo the biopsy.

After finding that he did indeed have prostate cancer, Tony spoke to several urologists about next steps. The main takeaway from these meetings was the recommendation that Tony should have his prostate surgically removed.

A family friend suggested he contact Li-Ming Su, M.D., the David A. Cofrin professor of urologic oncology and chair of the UF College of Medicine's department of urology. His meeting with Su, which lasted an hour and a half, answered all of Tony’s questions. Tony trusted Su’s expertise, attention to detail and caring approach to patients.

“Without hesitation, I would say that Dr. Su is one of the finest human beings I have ever met,” Tony said.

With confidence in Dr. Su’s experience and ability, Tony underwent robotic prostatectomy surgery. Technological advancements in robotic procedures offered an alternative to the treatment his father had and one that was far less invasive. Robotic surgery, as an advanced form of laparoscopic or “key hole” surgery, is performed using a high definition camera with a three-dimensional image and tiny robotic, multi-jointed instrument tips that allow the surgeon to precisely dissect, divide, cauterize and suture tissues with the same ease as in traditional open surgery, but with far less pain, blood loss and hospitalization for the patient.

During pre-surgical testing one week before his procedure to remove the prostate, Tony ran into Su and confided his fears about his upcoming surgery. “Dr. Su said, ‘If you weren’t scared I’d think there was something wrong with you,’” Tony said. Su explained to Tony that it is normal to have some trepidation in undergoing such a surgery, but that his health and motivation were critical factors toward a successful recovery.

It comforted Tony for Su to address his concerns in a realistic and human way. Four weeks after surgery, Tony was able to start exercising again with his trainer and continue his everyday routine. Today, Tony, 66, is living cancer free with outstanding results from his prostate surgery.

Su remarked that Tony’s positive outlook allowed for him to recover quickly from his prostate surgery.

“Tony continues to inspire me in his quest to give back by informing other patients about treatment options and especially his journey in beating prostate cancer. He has made it a mission of his to advocate for prostate cancer awareness education and screening,” Su said.

According to the most recent American Urological Association guidelines on prostate cancer screening, U.S. men are advised to undergo screening including both a PSA test and a prostate examination between the ages of 55 and 69, after which further screening can be tailored based on the patient’s health and life expectancy. For those patients who are at increased risk, such as those with a positive family history like Tony’s case or African American race, screening should start a decade earlier and should be individualized.

Jordan Folkes is a UF Health Communications Intern. He is a senior majoring in public relations and minoring in history. He is passionate about health communications because of the levels... END_OF_DOCUMENT_TOKEN_TO_BE_REPLACED