Please note, patient visitors will be limited to no more than one for the patient’s entire hospital stay or visit. Children under the age of 18 will no longer be allowed as visitors. For more information on our ongoing response to COVID-19 in Gainesville, Jacksonville, and Central Florida, visit our coronavirus website. END_OF_DOCUMENT_TOKEN_TO_BE_REPLACED

More than just an ordinary headache

Tweet
How a Chiari malformation diagnosis was the key to ending Delvis’ pain. 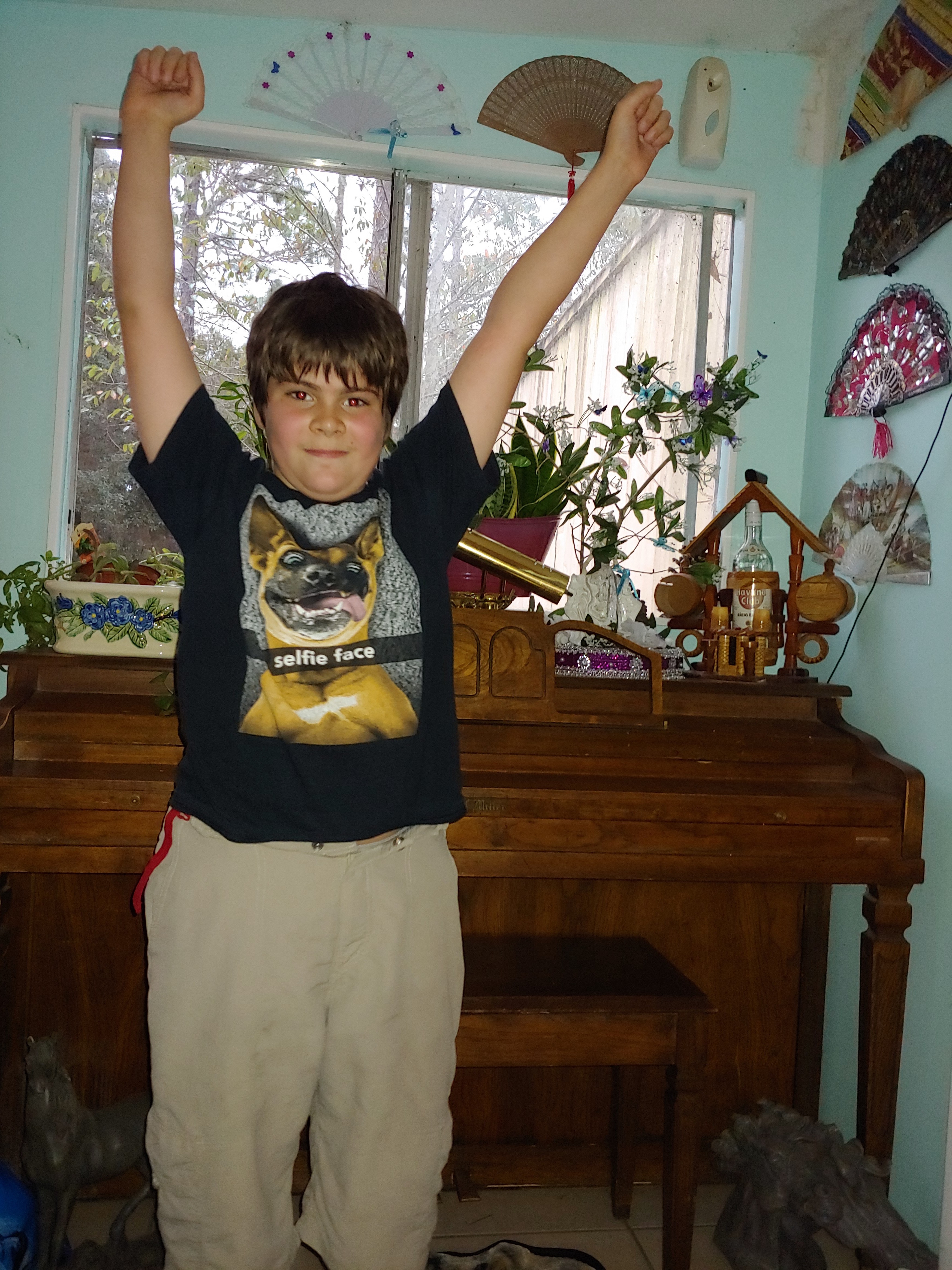 Delvis Mendez Jr., known to his family as Guizmo, was a typical active 6-year-old. He loved to play with friends, did well in school and even earned his yellow belt in taekwondo. But every now and then, his fun-loving spirit would come to a halt when a headache would arise. He would complain about being in excruciating pain, and then five minutes later would be running and jumping in the backyard. His mother, Doriley Fernandez, did not think much of these headaches because of how quickly they came and went. When Delvis lost his balance and fell during taekwondo and mentioned numbness in his fingers, however, she knew something was wrong.

She immediately rushed her son to a hospital emergency room near where the family lives in Dunnellon, Florida. Upon arrival, Delvis said his headache was gone, and he felt fine. She knew this time that it was not just any ordinary headache and begged the doctor to do a CT scan. Upon analyzing the results, they determined that Delvis had Type 1 Chiari malformation, a structural anomaly at the back of the brain and skull that can cause headaches. Typically, the headaches are at the back of the head or upper neck and are brought on or made worse by coughing or straining. Chiari can also cause swallowing problems, breathing pauses at night called central sleep apnea, numbness and tingling in the upper back and upper arms, spinal curvature or scoliosis, among other symptoms.

“For us, it was the beginning of a lot of reading and a lot of researching,” Doriley said. “We went to two other doctors first, but they didn’t convince us.”

Finally, the family was sent to UF Health Shands Children’s Hospital in Gainesville. Lance S. Governale, M.D., chief of pediatric neurosurgery at UF Health, met with the family and explained all their options. Governale discussed with the family every possibility for treatment that Delvis could undergo. Ultimately, they all agreed that the best chance to help Delvis was with Chiari decompression surgery.

“Dr. Governale treated him with such care,” Doriley said. “He should be the No. 1 surgeon for kids on the planet.”

The surgery was a complete success, and after only four days in the hospital, Delvis was able to go home free from pain.

Delvis returned to see Governale for follow-up appointments. He was Governale’s first patient at UF Health Pediatric Specialties – Oakhurst in Ocala, one of many remote locations that brings care to patients beyond Gainesville.

“We have been trying to offer more and more outreach services because it is ideal to be able to provide care for patients close to their homes,” Governale said. “In addition to Gainesville, UF Health pediatric neurosurgery sees patients in Ocala, Lake City, Tallahassee and Daytona.”

“Guizmo is free of headaches, free of pain,” Doriley said. “He’s growing into a young man now in less than a year.”

Doriley is thankful for the quick detection and care her son received at UF Health, and she wants to spread the word about Chiari malformation so other parents know that the condition exists. She does not want any other child to live in pain for as long as her son did.

Devin Nori is a fourth-year advertising major with a concentration in psychology at the University of Florida. Originally, Devin is from Orlando, Florida, where she served as a Communications Intern... END_OF_DOCUMENT_TOKEN_TO_BE_REPLACED