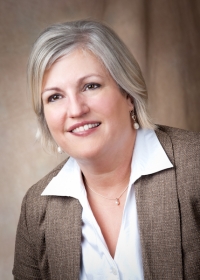 Lower levels of vitamin D contribute to greater pain sensitivity in black Americans with knee osteoarthritis than among their white counterparts, according to a University of Florida study.

Findings published Wednesday (Nov. 7) in the journal Arthritis & Rheumatism indicate that low levels of vitamin D may be one of many factors that account for increased pain in older black Americans with knee osteoarthritis. Black participants in the study had significantly lower levels of vitamin D compared with white participants, which may be because people with dark skin require longer periods of sun exposure to make adequate vitamin D.

“People associate vitamin D with good bone health,” said lead author, Toni L. Glover, M.S.N., A.R.N.P., a research nurse practitioner and doctoral candidate at the UF College of Nursing, specializing in the study of pain in older adults. “Yet, not everyone is aware of what factors decrease vitamin D and how low levels could contribute to health issues, including chronic pain.”

Based on 2005 U.S. census data, the National Arthritis Data Workgroup estimates that 27 million Americans over 25 have osteoarthritis. People with this condition experience painful swelling and stiffness of the joints, such as knees, hips and fingers.

Vitamin D aids in calcium absorption, but it also functions as a hormone and studies have found that decreased levels are associated with reduced immunity and may contribute to diseases such as cancer and diabetes, Glover said.

“Most vitamin D in humans comes from exposure to the sun, and research has suggested that a deficiency of this important vitamin may be due to more indoor activities, increased sunscreen use and the need for longer sun exposure for those with dark skin pigmentation,” Glover said. “Since low levels of vitamin D are linked to chronic pain and other health conditions, especially in black Americans, we sought to investigate if variations in vitamin D levels contribute to racial differences in knee pain caused by osteoarthritis.”

With funding from the National Institute on Aging, the John A. Hartford Foundation and the Mayday Fund, Glover and colleagues recruited 94 participants living in North Central Florida — 45 black and 49 white patients with osteoarthritis in the knee — to complete questionnaires regarding their symptoms. Three-fourths of the participants were women and their average age was 56. Study subjects underwent testing that included sensitivity to heat and mechanical pain on the affected knee and the forearm.

“The data demonstrated that differences in experimental pain sensitivity between the two races are mediated at least in part by variations in vitamin D levels,” Glover said. “Health care providers may want to consider screening older black Americans with chronic widespread pain for vitamin D deficiency. Additionally, we encourage older adults to consult with their health care provider before high-dose supplementation.”

Additional research is needed to understand the link between low vitamin D levels and racial disparities in pain and how vitamin D affects pain and function in people with osteoarthritis.

Glover plans to test the effects improving vitamin D status has on chronic pain for older black and white Americans.

Her research mentors and co-investigators in the study included Ann Horgas, Ph.D., R.N., an associate professor in the College of Nursing, whose research focuses on pain in older adults, especially those with cognitive deficits and Roger Fillingim, Ph.D., a pain researcher in the UF College of Dentistry and president of the American Pain Society.

“Ms. Glover has brought her novel and important research interests and added value to an ongoing study in our lab. With her clinical background, she is interested in findings ways to decrease chronic pain in older adults and reduce health disparities,” Fillingim said.

Tracy Wright was director of public relations and strategic communications for the University of Florida College of Nursing. She holds a master's degree in mass communications with a concentration in... END_OF_DOCUMENT_TOKEN_TO_BE_REPLACED