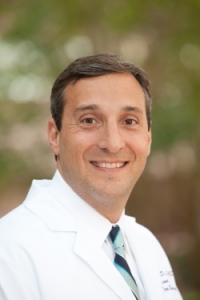 The U.S. Department of Defense has awarded $1.2 million to the University of Florida College of Medicine’s department of surgery for skin regeneration research that may benefit injured troops and also may help civilians.

Adam Katz, M.D., a UF Health physician and an associate professor in the department of surgery’s division of plastic and reconstructive surgery, has worked as a researcher for the Armed Forces Institute of Regenerative Medicine (AFIRM) since 2008. As part of the institute’s skin regeneration research group, he investigates possible techniques to help wounds heal more effectively and to improve the appearance of existing scars by using patients’ own excess fat tissue and the stem cells it holds.

The new round of funding for the institute marks the start of AFIRM II and will begin Sept. 30 and last for five years. The Institute for Regenerative Medicine at Wake Forest University School of Medicine will lead AFIRM II, which brings together 32 separate institutions to work with the U.S. Army Institute of Surgical Research and Walter Reed National Military Medical Center. The institute’s goal is “to develop advanced treatment options for our severely wounded servicemen and women,” according to its website.

For one project, Katz and his team are working in the laboratory to explore whether they can prompt the body to heal wounds faster and with less scarring. Their starting point is the patient’s own fat. The researchers extract “a particular cell fraction from a patient’s fat and then combine it with other biological components to create a novel wound healing therapy that essentially ‘recycles’ a patient’s own excess fat tissue into a sophisticated but personalized bioactive adhesive bandage,” Katz said.

The so-called adhesive bandage actually would be a paste applied to the scar or wound to improve healing and prevent excessive contraction. Contraction, the pulling inward of wound edges, is a

normal aspect of wound healing. But too much contraction can cause problems, such as skin that’s overly tight, which can restrict movement. These scar contractures can be painful and disfiguring, and may result in loss of function.

This approach is meant to enhance the healing of chronic wounds — such as those caused by diabetes — and to improve the healing of wounds that result from trauma or cancer resection.

“In the case of wounded warriors, we’re usually talking about otherwise young, healthy patients who are in good shape,” Katz said. “They may have a big wound on their face. We’re trying to prevent or treat excessive contraction, because if the wound heals by too much contraction, then it will distort other parts of their face as it does so.”

Katz’s other project, aimed at making existing scars look and “feel” better, involves removing fat tissue from one part of a patient’s body using liposuction techniques, and injecting it under a scar at another site. Katz and his team are currently testing this potential procedure, called fat grafting, through a clinical trial funded by the U.S. Department of Defense under the first phase of the AFIRM program. The trial, which is still enrolling patients, has sites at UF Health and at Brooke Army Medical Center in Fort Sam Houston, Texas.

In essence, Katz and his team harvest fat from a patient through several small incisions in the skin. They then wash the fat tissue and prepare it for immediate re-injection under an existing scar or skin graft at a different location, but on the same patient, he said.

“The goal is to determine if this fat transplantation procedure can improve the appearance and/or quality of existing scar tissue,” he said.

If successful, this therapy would help people with traumatic wounds, such as those suffered in combat or as a result of a car accident, for example. Such traumatic wounds are prone to heal by excessive contraction, and this method would be used to help ease contraction that already has occurred.

Both strategies Katz is exploring fall into a focus area that AFIRM describes as “skin regeneration.” UF is currently enrolling patients into the fat grafting clinical trial, while the cell-based therapy for wound healing is currently in the laboratory development stage.

People ages 18 to 65 who have at least one disfiguring scar may be eligible to participate in the trial. For more information on the trial, contact Justine Pierson at 352-273-9193.