Researchers: Brain changes present in children with sleep disorder, even during wakefulness

Published: May 18, 2015 By: Sarah Carey Category: University of Florida, College of Veterinary Medicine 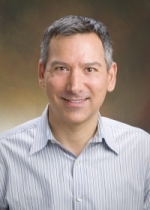 “This means that information about airway occlusion or blockage takes longer to arrive to the cortex in children with obstructive sleep apnea syndrome during wakefulness, compared to children without this condition,” said Ignacio Tapia, M.D., a pediatric pulmonologist at The Children’s Hospital of Philadelphia. “Although by definition, this syndrome occurs during sleep, we now objectively know that children with this condition also have sensory processing deficits during wakefulness.”

Individuals with sensory processing deficits are unable to sense a change in their body status, which is a function of the brain.

“Once you have some markers and can see that there is a brain processing difference, you think about possible treatment strategies,” said co-author Paul Davenport, Ph.D., a distinguished professor of physiological sciences at UF’s College of Veterinary Medicine. “This now becomes the foundation for us to ask, can we rehabilitate children with obstructed breathing, and will treatment such as medications, for example, be able to be used at some point to improve or even cure obstructive sleep apnea in children?”

The research made use of a technique Davenport developed in his UF laboratory in the 1980s to study, among other things, how the brains of asthmatic children process respiratory information.

Tapia said he became interested in how children’s brains process respiratory information during his pediatric pulmonary fellowship. He had read an article Davenport published in 2000 relating to how the brains of children with life-threatening asthma respond to breathing stimuli.

“I was blown away by the methods and his findings,” Tapia said. “Basically, he and his team found out that some children with life-threatening asthma have blunted responses to respiratory stimuli and that this could explain their lack of symptoms perception.” 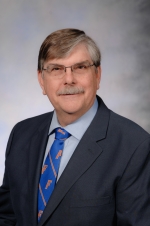 Tapia subsequently published research using Davenport’s techniques to demonstrate that children with the syndrome had blunted responses to airway blockages during sleep. The current study, funded by the American Heart Association, enabled Tapia to test his hypothesis that this altered perception of symptoms affected children with the syndrome during wakefulness as well.

A sensory pathway that goes to the cognitive and emotional centers of the brain is activated during airway obstructions, the researchers said.

“If I obstruct your airway, you will feel the effort to breathe immediately because the brain knows the airway has been obstructed,” Davenport said. “When I talk about this, I will say, ‘you can sense your breathing, and in fact, you just did.’”

The scientists also found that after surgical removal of tonsils and adenoids, children with this syndrome improve in their ability to sense airway blockages.

“Obstructive sleep apnea syndrome is a very dangerous condition because it can lead to hypertension, and periods of low oxygen in the brain can result in huge sleep deprivation,” Davenport said. “Adults with this condition tend not to sleep well at night, which causes other consequences as a result of this disturbed sleep, such as depression.”

Tapia and Davenport collaborated in the research, which appeared in February’s Journal of Applied Physiology. Other collaborators in the research included Joseph McDonough, M.S., Jingtao Huang, Ph.D. and Carole Marcus, M.B.B.Ch., all from the Sleep Center at The Children’s Hospital of Philadelphia, the Perelman School of Medicine at the University of Pennsylvania; and Paul Gallagher, M.A., and Justine Shults, Ph.D., of UPenn’s Clinical and Translational Research Center.

The Journal of Applied Physiology selected this manuscript as the Featured Article for the Feb. 15 edition. In addition, an interview with Tapia about the study is one of the journal’s 2015 Featured Podcasts. The podcast can be found at http://jappl.podbean.com/e/respiratory-cortical-processing-to-inspiratory-resistances-during-wakefulness-in-children-with-the-obstructive-sleep-apnea-syndrome/

Sarah Carey, M.A., A.P.R., is director of public relations at the University of Florida College of Veterinary Medicine, a job she has held since 1990. Formerly, she was editor of... END_OF_DOCUMENT_TOKEN_TO_BE_REPLACED