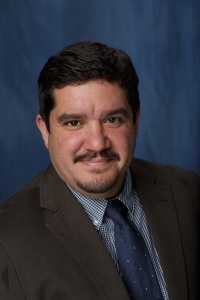 The use of psychoactive “bath salts” — illegal synthetic drugs not related to the colored crystalline compounds for softening bathwater — can induce a condition in the brain similar to that of patients suffering from psychosis, University of Florida Health researchers have found.

Use of the drugs, which contain derivatives of manmade cathinone — a stimulant found naturally in leaves of the khat shrub in Africa and the Middle East — has increased in the last decade as some users falsely believe the substances are safe, non-addictive alternatives to drugs such as cocaine and methamphetamine. Bath salt intoxication led to nearly 23,000 U.S. emergency room visits in 2013, according to the Substance Abuse and Mental Health Services Administration.

“It produced an effect very similar to psychosis that happens in schizophrenia and other disorders,” said lead researcher Marcelo Febo, Ph.D., an assistant professor in the UF departments of psychiatry and neuroscience in the Evelyn F. and William L. McKnight Brain Institute of the University of Florida.

Results of the study, which was funded by the National Institutes of Health, are novel in showing how MDPV affects the brain.

Using an MRI scan, the study showed in a rodent model that the effects of MDPV on brain-imaging measures are similar to what is seen in patients with schizophrenia, which could account for the psychosis-inducing effects, said one co-author, Barry Setlow, Ph.D., an associate professor in the UF departments of psychiatry and neuroscience.

The study found that high-dose MDPV caused a significant and widespread disruption of communication in brain regions that control movement, sleep/wake cycles and planning and organization. “Impaired connectivity involving these structures could represent one mechanism by which this drug causes negative cognitive and emotional effects,” the study reports.

Bath salts, which appear to originate from labs in Asia, are sold in packets under different names such as “Ivory Wave.”

“People will use them as a supplement when they don’t have access to other drugs, or when they are at a party,” said Febo, who is director of translational research imaging in UF’s Center for Addiction Research and Education. “Then you have a few of them who may take too much, or don’t know what they are taking, and end up in the emergency room.”

In severe cases, bath salt use has been linked with delirium, violent behavior, hallucinations and suicidal ideation.

A study published last year by UF Health researchers found that a drug closely related to MDPV contributed to nine deaths throughout Florida in an eight-month period in 2014. That study, published in the Journal of Analytical Toxicology, found that ethylone played a significant role in behavior that led to the decedents’ deaths, said Bruce Goldberger, Ph.D., director of UF Health Forensic Medicine. While the causes of death included gunshot wounds and blunt trauma in addition to drug overdose, the use of ethylone was considered a contributing factor.

Bath salts were easily accessed at low cost at U.S. smoke shops and even gas stations prior to 2011, when they were outlawed in the United States, but they continue to be readily available online and elsewhere.

Febo said there are now more than 75 analogs under the umbrella of “bath salt drugs,” 31 of them new to the market in 2014.

“What happens with these synthetic drugs is whoever is making them has knowledge of chemistry, so they vary the molecule in a way that they can sell it legally online,” Febo said. “Then people start using the drugs without really having a clue of what these drugs may eventually do to them.”

Michelle Koidin Jaffee is the Science Writer for the McKnight Brain Institute of the University of Florida. In more than 20 years as a journalist, she worked as a reporter... END_OF_DOCUMENT_TOKEN_TO_BE_REPLACED