UF Health to resume elective surgeries, procedures on Monday, May 4. For more information on our ongoing response to COVID-19 in Gainesville, Jacksonville and Central Florida, visit our coronavirus website. END_OF_DOCUMENT_TOKEN_TO_BE_REPLACED

Published: May 26, 2016 By: Sarah Carey Category: University of Florida, College of Veterinary Medicine

Christopher Vulpe, M.D., Ph.D., a professor at the University of Florida College of Veterinary Medicine, is a semifinalist in a toxicology testing competition sponsored by several federal agencies. 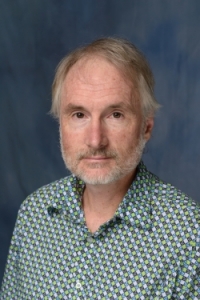 The U.S. Environmental Protection Agency, the National Institutes of Health and other groups organized the three-part competition, which will award up to $1 million to improve the relevance and predictability of data generated from chemical screening technology used for toxicology testing. Only a small number of chemicals in use today have enough toxicity data to fully evaluate their potential health risks, and better approaches to evaluate the safety of chemicals are needed, according to the EPA.

Vulpe, a member of the college’s Center for Environmental and Human Toxicology, joined UF’s faculty in 2015 as part of the university’s preeminence initiative. He was selected as a semifinalist in the competition’s first stage, which sought conceptual solutions that could be experimentally implemented and awarded $10,000 prizes to the winners, along with an invitation to continue on to the next stage.

“Our team from UF, working collaboratively with associate professor Michael Fasullo from the State University of New York Polytechnic Institute, is studying the response of immortalized human cells grown in vitro, or in a dish, to chemicals of concern,” Vulpe said.

Immortalized human cells are a population of cells from a multicellular organism which have mutated and are capable of reproducing indefinitely, hence are able to be grown in vitro for prolonged periods of time.

“However, a major problem with most immortalized human cells is reduced or absent metabolic enzymes involved in chemical metabolism,” Vulpe added. “This means that toxicology tests using them may not accurately reflect what could be expected in a person,” he said.

The proposed method makes use of a DNA-editing technology known as clustered regularly interspaced short palindromic repeats, or CRISPR, to activate one or more genes for the metabolic enzymes that the cultured cells no longer produce. That allows the cultured cells to begin metabolizing chemicals as they normally would in the body — thus improving the accuracy of the toxicity tests.

He will compete in the next stage of the competition to develop a prototype system that demonstrates proof of concept.

Sarah Carey, M.A., A.P.R., is director of public relations at the University of Florida College of Veterinary Medicine, a job she has held since 1990. Formerly, she was editor of... END_OF_DOCUMENT_TOKEN_TO_BE_REPLACED