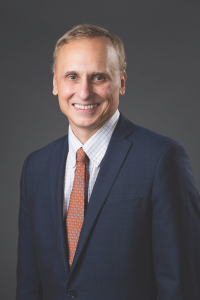 A gene therapy that treats respiratory problems in early-onset Pompe disease was shown to be safe during its first human trial, University of Florida Health researchers have found. The inherited disease causes a complex sugar to accumulate in cells, leading to abnormal function in muscles and nerve cells.

The therapy uses a harmless adeno-associated virus to deliver a functional copy of the affected gene to muscle cells in the diaphragm of patients who have respiratory troubles. Nine patients completed a trial that found the therapy agent produced no adverse effects and improved respiratory function in the study participants, said Barry J. Byrne, M.D., Ph.D., director of the UF Powell Gene Therapy Center and a pediatrics professor in the UF College of Medicine. The findings were published recently in the journal Human Gene Therapy Clinical Development.

Pompe disease is an incurable disorder that affects about one of every 40,000 people worldwide. The condition occurs when a genetic mutation prevents the production of a protein that breaks down a complex sugar (glycogen), which is stored for energy production. The buildup of excess sugar leads to heart and breathing trouble as well as muscle weakness.

Byrne said the gene therapy represents a significant advance over enzyme replacement therapy, which involves regular intravenous infusions that contain the needed enzyme. While the enzyme treatment can reduce symptoms and prevent long-term damage, it is expensive and does not address the neurological aspects of Pompe disease. Current enzyme replacement treatments cannot cross the blood-brain barrier.

Restoring gene function in neurons, or nerve cells, is particularly important because it affects muscle cell functioning and signaling.

“That’s the basis for our approach: We know the gene therapy vector — when given systemically — actually enters the brain and corrects neurons that have the same deficits as muscle cells in Pompe disease,”  said Manuela Corti, Ph.D., a UF Health pediatrics researcher and lead author of the study.

In the recent study, patients were assigned to two dosing groups and treated with different amounts of the gene therapy. Neither group suffered any adverse reactions that were attributed to the therapy. One patient died from a brain hemorrhage that was considered unrelated to the gene therapy and part of the disease progression, the researchers reported.

One issue that will continue to be studied is the gene therapy’s durability. Byrne said a child’s growth will likely reduce the effect of the treatment, meaning that it could last five to 10 years in school-age children and probably less if given to an infant, unless there is a provision for later exposure to the therapy.

Next, researchers will begin work next summer on a trial to test the gene therapy systemically by administering it intravenously. The National Institutes of Health has provided a three-year grant and patient enrollment should begin shortly, Corti said. By giving the treatment intravenously, researchers expect to treat most of the disease-affected tissues, including neural tissues, the heart, the diaphragm and the peripheral muscles. They also will use immunosuppressive drugs that prevent potential reactions to the treatment and would allow for repeat administration in the future. That approach will address the limited durability of the treatment, researchers said. The study will be conducted with collaborators at the NIH.

Researchers from the College of Medicine’s departments of endocrinology and radiology and the department of physical therapy in the UF College of Public Health and Health Professions collaborated on the current study, which was supported by NIH grants.

Doug Bennett joined the UF Health staff in January 2015 as a science writer and editor. His topic areas include anatomy; biochemistry and molecular biology; molecular genetics and microbiology; pathology,... END_OF_DOCUMENT_TOKEN_TO_BE_REPLACED